Where We Pee: The Jackpot’s women’s room 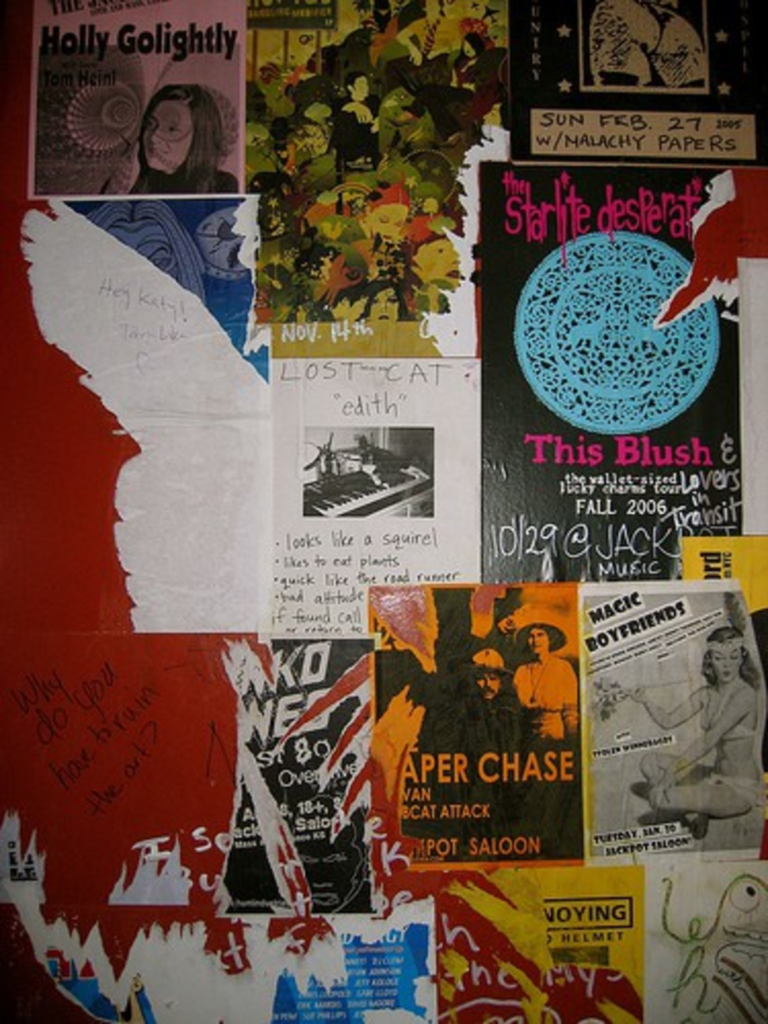 “Where We Pee” is a weekly excursion into a local music venue’s excretory facilities, with a premium on the witticisms scrawled onto the walls.

Due to a ridiculously busy schedule, I’ve been in no bathrooms save my own the past week. However, there are some lovely photos on Flickr of the Jackpot restrooms, including this fantastic shot of the inside of the front/side stall of the women’s room by user lasuprema.

The Jackpot started out with some of the swankest bathrooms in Lawrence. Both bathrooms were plastered with fliers from past shows, and the floor had black and white checkered tile. That lasted probably all of a month or two before people realized that the fliers pasted to the walls were paper, and thus made wonderful writing surfaces.

Something happened that necessitated the removal of the tile in the men’s room, so that the floor is now — as with most club bathrooms — bare concrete. And, while not as foul as the Replay men’s room, nobody’s going to want to settle down with a newspaper and read while you work your way through any intestinal distress any more.

The fliers have all been altered and graffiti’d, if not outright torn down. It’s a shame, because there were some fliers of historical significance on the walls there. Not as crazy old as the bathroom in the KJHK studios, but bands who played the Replay or Jackpot on their way up, and you probably didn’t go see. So, it’s like the writing on the stall says — “Why do you have to ruin the art?”

EDIT 12.50 p.m.: Illustrious editor Elke Mermis has some photos of the women’s room, which we’ve added after the jump.