Where have you gone, Pat Roberts? 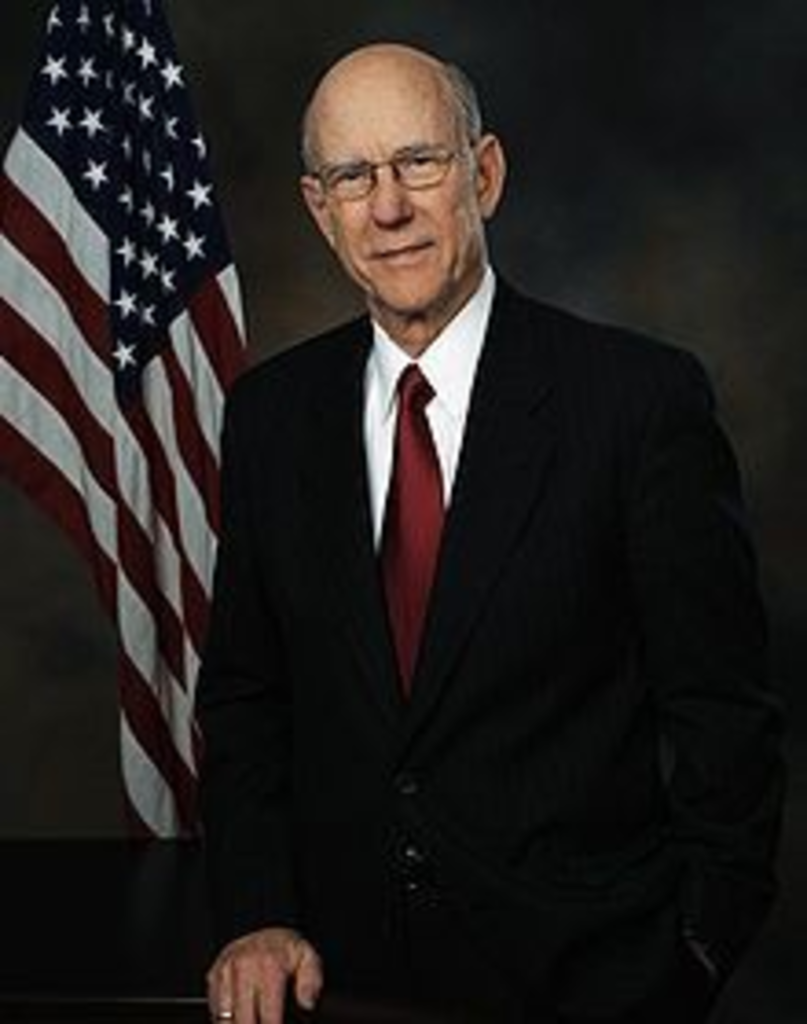 Kansas’ senior senator, Pat Roberts, was for the National Bio and Agro-Defense Facility before he was against it.

Roberts yesterday voted against a $1.1 trillion omnibus spending bill that included $404 million for the NBAF project under way near Kansas State University. NBAF is an under-construction research lab to study dangerous animal diseases. The idea to build NBAF, which Roberts had championed, came after 9/11 when the Department of Homeland Security surmised that terrorists could target the U.S. food supply by spreading lethal specimens among livestock and crops. NBAF would replace a similar but aging facility at Plum Island, New York.

Roberts rationalized his vote by saying the omnibus bill was another example of the federal government’s spendthrift ways. He summoned the facile argument that because ordinary Kansans have to live within a budget, then so too does a federal government that can print its own money (unlike Kansans).

“It gives me no pleasure to vote against a bill that includes an important project into which I have put my heart and soul and many hours of work,” Roberts said in a written statement. “But that vote was necessary to send a signal we can no longer afford unchecked spending as usual.”

Roberts’ statement presents himself as a guardian of prudent government spending but ignores the fact that if his position had been the majority in yesterday’s vote, it would have imperiled and possibly wasted an NBAF project that has already received tens of millions of dollars in federal money.

And it’s contrary to a statement he signed on to in 2012, flogging President Barack Obama for cutting new funding to NBAF until its viability could be studied further.

“A needless effort to reassess the importance of protecting our nation’s food supply is a waste of taxpayer dollars,” read a statement released that year by Kansas Gov. Sam Brownback, cosigned by Roberts and other Kansas politicians. “This change of direction is unacceptable and will leave our country vulnerable.”

Roberts has always been a strident conservative among GOP senators, further to the right than colleagues like Arizona Sen. John McCain. But he had been a reasonable, thoughtful senator when compared with other partisan firebrands on both sides of the aisle.

But his drift further to the right has been noticeable ever since the Madison Project (a slush fund that raises money and nurtures far-right GOP candidates to run against Republicans it deems not conservative enough) backed Leawood doctor Milton Wolf to make a run against Roberts in the 2014 Senate primary race. Wolf is a tea-party candidate who is nimble at repeating oft-used slogans about small government and reckless federal spending.

Since Wolf’s rise to prominence, Roberts has become an ardent drumbeater for issues like Benghazi, seeking the resignation of former Kansas Gov. Kathleen Sebelius over the Obamacare debacle, and tamped-down government spending – all seemingly to bolster his conservative credentials.