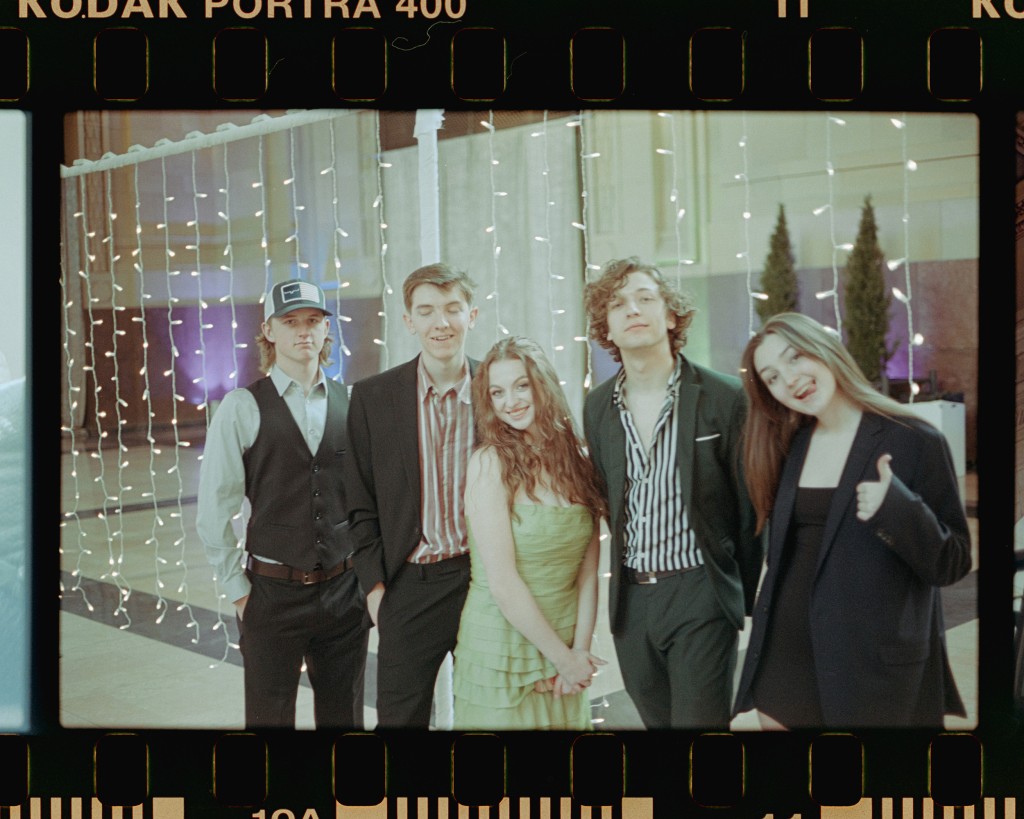 About half an hour before The Pitch’s editor-in-chief Brock Wilbur and I sat down on the Boulevardia podcast stage to record an episode of Streetwise, we were walking through the shaded area and chatting in the northwesternmost section of the festival.

As if we were one, we simultaneously stopped and swiveled our heads toward the P3 Park Stage as we heard the instantly-recognizable guitar line from The Strokes’ “Reptilia.”

Immediately, our plans for catching the podcast prior to ours were abandoned, and we quickly made our way to the stage, where the five members of Quite Frankly were finishing the song, which was performed with such attention to detail that we immediately thought it was a DJ playing a track.

The astonishment at that was only heightened when the band launched into “Cochise” by Audioslave, a one-two punch that absolutely shouldn’t work, but did. The band’s original, which followed these two songs, somehow fit within the boundaries set by the covers preceding it.

We were gobsmacked at the talent we’d seen in just 10 minutes on a stage which was barely a foot off the ground.

We met up one Sunday morning in early July. Quite Frankly and I sat in the living room of bass player Scout Matthews’ home, along with her mother and the band’s manager, M.J. Matthews. I asked members Jolson Robert (guitar and vocals), Gavin Robert (drums), Carolyn Armstrong (vocals), and Eli Peterson (guitar) just how they came to pair such disparate tunes into one effective set.

“When it comes down to it, we all have niche taste,” Jolson Robert explains. “Everybody has some weird shit that they like, but we all have the same group of songs. We’ve got a Venn diagram where the middle is pretty fat, but the things on the outside of that are fucking weird.”

Quite Frankly began five years ago when the audition-only School of Rock house band Scout Matthews had played with disbanded. She asked her mother if she could start a garage band as a way to keep playing consistently.

“I said, ‘Sure, honey, you go ahead and do that,’” M.J. Matthews recalls. She figured it would be two rehearsals in the garage and she’d never hear from it again; however, as she puts it, “Here we are, five years later—a lot of heartbreak, a lot of gossip, a lot of crap, a lot of members, a lot of fun. It’s been incredible to watch this thing grow.” 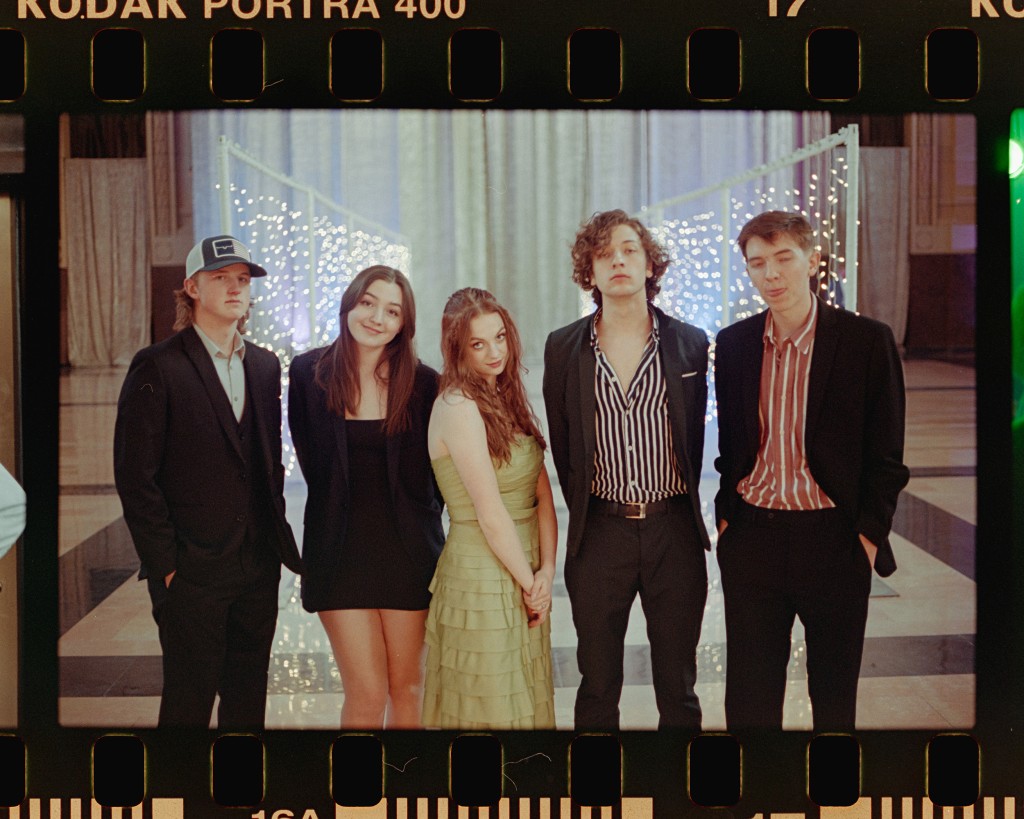 After the original singer left, Armstrong joined as vocalist; then Jolson Robert on guitar; followed by his younger brother, Gavin Robert, on drums; and finally Peterson on guitar to complete the group as it is now. Most of them have spent time at School of Rock, which is where many of their first covers came from.

“The covers that we used to do were ones that we learned and carried over,” Armstrong recalls. “It was, like, all just old rock and not necessarily stuff that we really like.”

Right now, the band is in the midst of another transition period. They’re adding their own music to the mix and playing fewer covers. While it’s creatively interesting, there’s definitely a trade-off. When you look at Quite Frankly’s summer schedule, they’re booked solid.

“We’re trying to write and play more originals while also getting paid,” Jolson Robert explains. “But also, like, goddamn. It’s so hard to make money without doing covers.”

Jolson Robert feels that if they’re going to do covers, then why not just do all the weird shit they like? It’s part of not only navigating the changes between a cover band and a band that plays originals, but also the changing from the fact that they they were all recently honest-to-goodness children. Matthews just graduated high school in May, Armstrong and Peterson are going to be high school seniors, Gavin Robert will be a high school junior, and Jolson Robert is barely of legal drinking age.

“It was this thing where all the adults would be like, ‘Oh my gosh, look at these young kids playing all this ‘80s rock that we love,’ you know?” recalls Jolson Robert. “That’s cool for a while, and I don’t mind talking to parents, but I did get my face licked by a 50-year-old lady one time. After that, I was like, ‘How about we play for people our age?’”

The process of songwriting is something that Armstrong explained as happening “genuinely.” The band walked me through the process of writing their first successful song, “blue/red.”

“Eli started playing something that I thought I forgot to learn,” Gavin starts off. “So I start improvising my way through it.”

“I was like, ‘Dude, that sounds like ‘Lazy Eye’ by Silversun Pickups,” Jolson Robert jumps in. “It’s different enough, but it’s giving me that vibe. I was like, ‘I fucking love that song. Let’s do something with this.’ Then he just showed me what he was playing.”

“So, he started his phone to record it,” concludes Gavin Robert. “And I’m like, ‘Dude, I’m sure they have an actual record,’ and he’s like, ‘We’re making this up as we go along. We’re writing it right now, my brother in Christ.’” 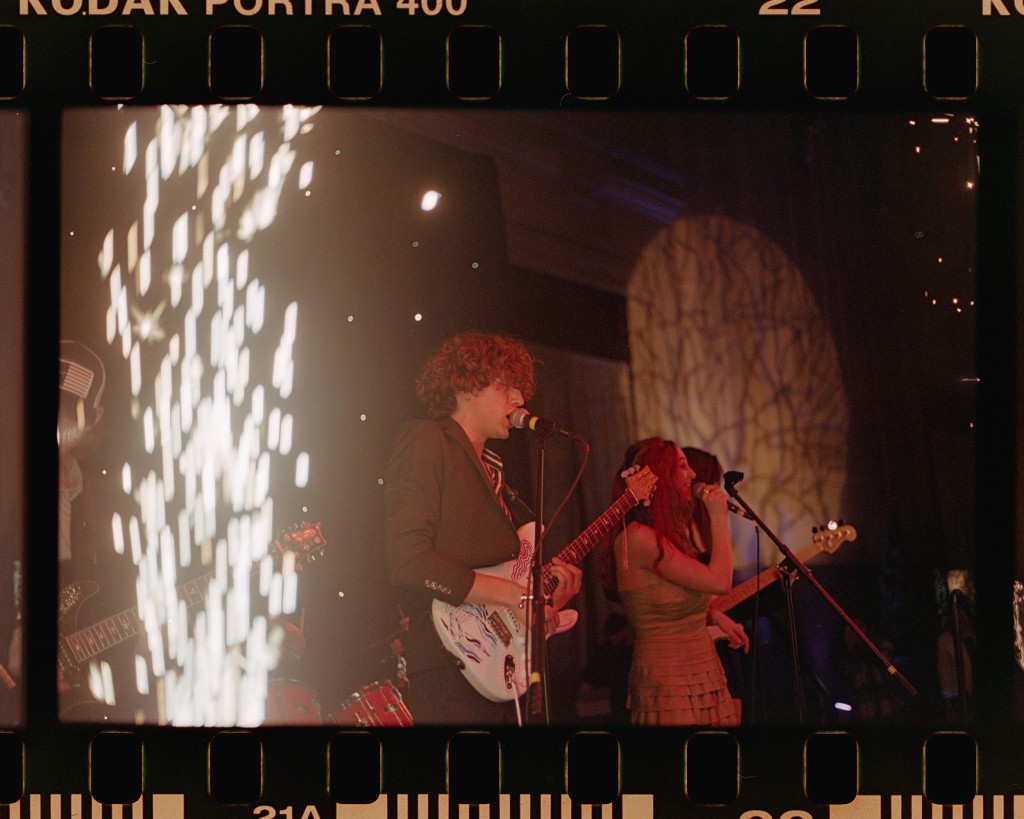 Jolson Robert, being older, described it as a new direction that he really enjoys. Coming from a position where he’d also written completely alone, he described having a group of people who are so efficient at writing as being crazy.

“It happens so fast,” Jolson Robert explains. “I’ve never been in any group where it’s just, like, by the time we’re done playing, that is the song.”

Armstrong agrees, “And it’s weird, ‘cause you think that it would be hard with two people writing their own lyrics, but, somehow, it always works.”

This point was made very clear by what happened with their newest song, “Might Be.” Jolson Robert and Armstrong were writing lyrics separately. Jolson Robert was writing lyrics about a relationship that wasn’t working, but he was still into the person—“Overly ignoring all the red flags.” Completely independent of that, Armstrong wrote a song about breaking up with somebody because they’re too attached.

“So, then we came together and I was like—literally—’What the fuck?’” Jolson Robert says.

Not only that, but the verses go perfectly back and forth, and they even wrote two separate choruses that just happened to be call-and-response. It’s not something they did on purpose, the two say, but the groove works.

As we wrapped up, I asked the band what their plans are, which turned to school goals and making more music—Scout Matthews quietly mused that she’d really like to go on a proper tour. But it seems that, for the time being, the band is content with gradually working towards it.

After we finished our discussion, the band asked if I’d like to hear the new song. When I enthusiastically agreed, we headed down the steps from the living room into the band’s practice space, where they proceeded to give a single-song concert to me as an audience of one. The song is everything you’d hope for after a conversation covering so much musical ground. It’s instantly hooky, but with enough angularity to keep it from being a pop pastiche.

Though a basement rec room isn’t the best way to hear vocals, the interplay between Jolson Robert and Armstrong was infectious and fun. The band sounded like they’ve been waiting to unleash this song for a good minute, and their enthusiasm for newness is infectious.