When Online Got Off Base 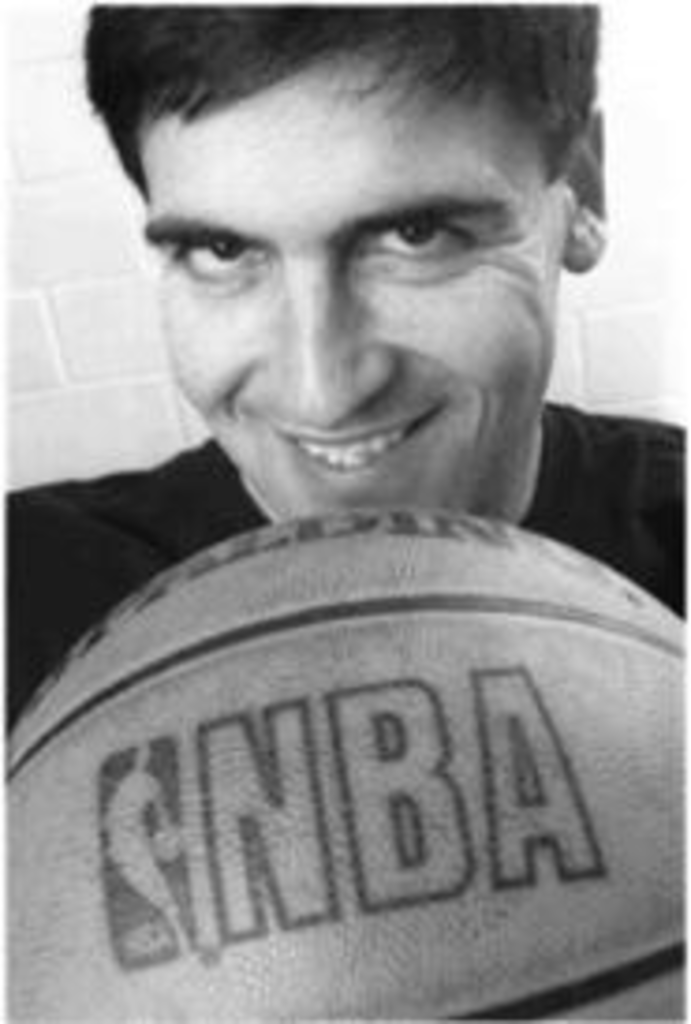 On a good day, Mark Cuban might respond to a journalist’s query with a terse, unpunctuated e-mail that reads like something dashed off by a hostage while his captors are in the can. It’s understandable: The man’s running the Dallas Mavericks, investing in movie distribution and exhibition companies, sticking it to NBA commissioner David Stern about bad officiating, getting daring ‘dos…no, wait. But last week, a missive arrived in the electronic inbox that measured some 1,500 words—maybe he thought he was getting paid by the word. Titled “The Music Biz According to Mark”—punctuated with a little “:)”—it was the culmination of a week’s worth of communication instigated last month, when I was fact-checking Courtney Love’s claims during the South by Southwest Music Conference that Cuban once tried to buy Napster—something never before reported anywhere. As it turned out, Love was right. Yes, alcohol is a truth serum.

Cuban said that two years ago, he was approached by venture capitalists associated with Napster about buying the embattled peer-to-peer file-sharing service, which once allowed music fans to swap songs across the Internet like kids trading baseball cards. Of course, the deal was never consummated: Napster instead climbed into the silk sheets with the German media conglomerate Bertlesmann, which, according to a recent Business Week article, has spent some $100 million since October 2000 to keep the sickly service on life support. As Cuban said in his first—and shortest—e-mail, “I told them if they did the deal they ended up with, it was like doing a deal with the devil and they would never recover, which they haven’t and won’t.”

Cuban was right: At the moment, Napster is a non-entity unlikely to ever regain its position as the world’s most powerful tool for exchanging music between fans tired of shelling out 20 bucks for 20 cents’ worth of music. Tied up in what seems to be a never-ending legal battle with the Recording Industry Association of America and the major labels that is still unfolding in U.S. District Court, the company recently laid off 10 percent of its staff and has been replaced by copious other online distribution services, legit and otherwise. Due to relaunch sometime this summer, Napster will be a faint echo of its once-voluble self—if that.

Cuban’s initial e-mail suggested that had he bought Napster, he would have moved it offshore to shield the company from digital copyright restrictions that make it a crime to circumvent technologies that protect copyrighted material such as songs. The ramifications of such a move could have been extraordinary: Napster, at the very least, would have been more difficult for the RIAA to target (you can’t shoot at what you can’t see), and it might well be in service today—meaning such replacements as KaZaA and Morpheus (the best known of the so-called “Baby Naps”) and label-funded paid distribution services such as MusicNet and pressplay would be moot, since Napster’s 80 million users would need no new place to swap (or steal, depending on your point of view).

The fact is, the music industry deserved Napster and its bastard offspring. After decades of ripping off artists, using the successful 10 percent to finance the 90 percent treated like indentured servants and stray dogs, the majors (BMI, AOL Time Warner, EMI, Universal and Sony) found out what it was like to get their wallets lifted. That’s why National Academy of Recording Artists and Sciences President Michael Greene thought it appropriate to go on the Grammys in February to insult the very consumers who pay his check. He looked square (or sideways—the man talks out of the side of his crooked mouth) into the camera and had the audacity to insist piracy is a “life or death issue,” blaming recent sales declines on online file sharing.

And, yeah, the numbers are down, if you believe RIAA puppet…pardon, President Hilary Rosen, who told a Senate committee that in 2001 sales of all recorded music were down 10 percent (or some $600 million), in large part because of the illegal pirating of music over the Internet. According to Rosen, 23 percent of music consumers surveyed—by whom, who knows?—said they didn’t buy more music last year because they refused to pay for what they found for free.

But as Cuban insists, CD sales overall are up some 2 percent, at least according to figures provided by Soundscan, which tabulates sales at retail outlets. The RIAA’s numbers are down, if that, simply because the labels are releasing fewer cassettes and CD singles.

“Let’s put this in context,” Cuban writes. “Imagine a business where they cut the number of products released; raised the prices of their products to more than 20 bucks a pop; had a significant number of their distributors go out of business (Valley Media and National Record Mart, as examples); reduced the amount of marketing money spent to promote each product; saw major promotional money and discounts from the two years of dot-com mania disappear; and saw complete turnover and management problems at one of their biggest providers, EMI. Yet in spite of all of these things, [the industry] sold more CDs and for more total dollars than the previous year. I would tell you that is a business that has had a great year. The RIAA has tried to paint the picture that the industry is suffering because of file sharing. It’s not. There is more evidence that it has benefited from it.”

To hear Cuban tell it, the labels are terrified by online music distribution because they have no idea how to make a penny from it. The majors are run by dinosaurs so frightened of extinction—that is, getting fired—they’re reluctant to reduce CD prices (each disc costs about 68 cents to make and $20 to buy) or make it easier for consumers to buy individual songs than complete albums online. Rosen keeps insisting consumers are happy to pay exorbitant fees for CDs—”If Hilary wants a complaint about CD pricing,” Cuban says, “she has one from me paying 22 bucks for a DMX CD”—but even the RIAA’s Web site makes it perfectly clear that the cost of manufacturing discs keeps dropping. Which is why Napster and its kin are the perfect solution for consumers who have no other way to fight back: They’ll gladly (or rightly?) take for free what they’ve been overpaying for for years.

Which is why Cuban suggests the labels, major and independent, create a subscription service available through AOL (which owns Warner Bros., Elektra and dozens of other labels), Earthlink and all other Internet service providers and broadband providers, who would offer music content the same way, oh, DirecTV provides network programming. If you want all the Linkin Park you can stomach, he says, then simply have your ISP add an extra buck to your monthly bill. The label would take 25 percent, the ISP would get 25 percent and the band would take 50 percent—which, Cuban figures, would make the band a nice hunk of change, since it eliminates distribution, the need for promotion, retailer returns and other risky variables.

Cuban’s sentiments are echoed in an April 2001 music-industry overview published by Lehman Brothers, which says, in so many words, that the only way online music will be profitable is if it’s part of a bigger service, not the whole shebang.

“The labels are religious that [downloading music] is stealing,” Cuban says. “You can’t get anywhere profitable from that position.”

Such a scenario doesn’t sit well with Andy Schuon, the CEO of pressplay, a subscription-based distribution service funded by Vivendi Universal and Sony Music, which have made only small portions of their current and back catalogs available for streaming and downloading. (It also offers limited selections from the EMI catalog, as well as a handful of indie labels.) Schuon, who created for MTV the show that would become Total Request Live, insists such an all-you-can-eat scenario won’t work, since Linkin Park’s 12-song Hybrid Theory retails for about $20—meaning, people are happily paying more than a buck per song, essentially, and the band couldn’t exist on the model Cuban proposes.

But Schuon’s thinking like a label exec: Yes, Hybrid Theory may sell for $15-$20 at a retail outlet, but the band’s only getting some 10 to 14 percent of each record sold, with the rest of the money going to support other bands, pay for distribution and promotion and line execs’ silken pockets. In the online world, most of those factors are eradicated; the money made from online sales is pure profit. If that: The Los Angeles Times recently reported that bands are getting less than 1 cent from each song downloaded off pressplay, which Schuon says he can’t confirm or deny since, he says, accounting practices are handled by the labels affiliated with pressplay.

“The record companies are the bank, and they’re putting up all the money up-front,” Schuon says. “Just like anybody else, whether you wanna bash the record companies or not, they’re the bank, and they put up the money, and generally the person who puts up the money gets to keep a large portion of it, and they deserve to get it back first. That’s just how it works. If you and I had a business idea, and we wanted to go to a venture capitalist or to a bank to get the money, we might get to keep a little bit for ourselves, and they would get all the money.”

Likely, pressplay will not soothe the music industry’s downloading blues; it’s a beginning, and barely that. And Cuban, of course, is quick to dismiss it and AOL Time Warner and BMG’s counterpart, MusicNet, which doesn’t even allow users to download and burn copies of its songs—rendering it, essentially, useless to people who once used Napster. But what can you expect from an industry that treats its artists like slaves and its consumers like suckers who are just delighted about getting ripped off?