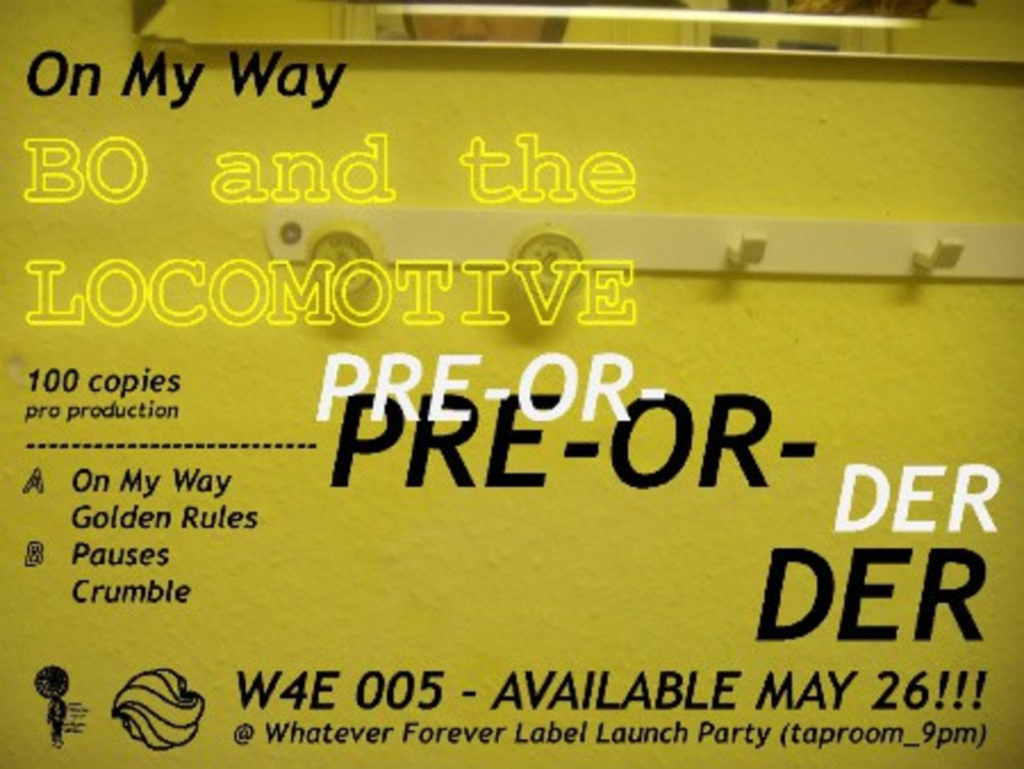 I’m happy my car has a cassette player, guys.

Bobby Sauder and Rolf Petermann started a cassette label in January called whateverforever. In the next few weeks, the label will release its fifth (W4E-005 Bo & the Locomotive – On My Way) and sixth (W4E-006 Karma Vision – Pizza Power) tapes.

To celebrate the launch, the label is throwing a whateverforever Label Launch Party on May 26 at the Eighth Street Taproom in Lawrence. Agent X-12, Oils, This Is My Condition, and Dean Monkey and the Dropouts will perform.

They’re also are working on releasing a Live at Pizza Power compilation tape on whateverforever, which will showcase some of the acts that have played at the house.