When it comes to holiday gift-giving, finding something for the music fan in your life can be a hassle and a headache. Rock ‘n’ roll obsessives and vinyl nerds are more than likely to have already purchased the album you overheard them speaking of, to say nothing of likely pre-ordering the record in a bundle with a t-shirt and exclusive colored vinyl LP.

In that spirit, we’ve tracked down a variety of merch on offer from local musicians sure to be something new and unique, allowing you to go above and beyond just buying them said vinyl or t-shirt (although that’s worth doing, too, because goodness knows local musicians can use a financial hand these days). 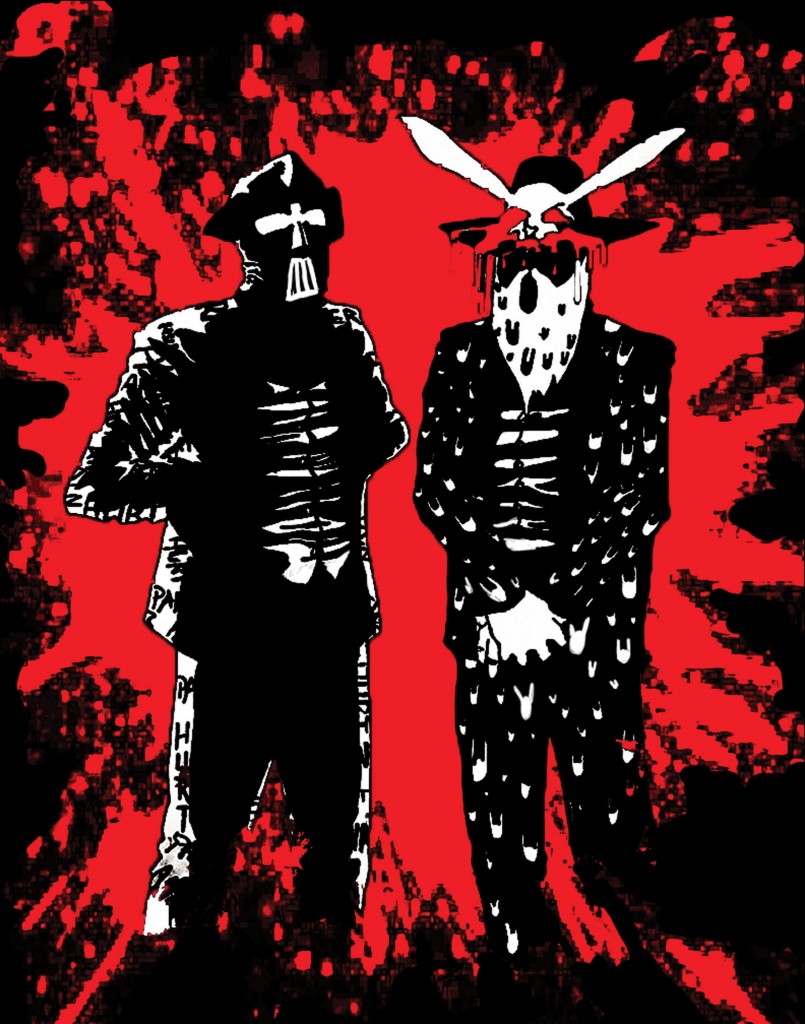 Anything from Freight Train Rabbit Killer

The masked doom blues duo of Kris Bruders (Freight Train) and Mark Smeltzer (Rabbit Killer) lends itself to merchandising by sheer visual force. Looking at the pair, one would assume that they have to have something with that iconic imagery, and you’d be right. There’s hot sauce, made by Zims, and featuring ingredients ranging from parmesan cheese to Israeli paprike. Additionally, there are death rattles, handmade by Smeltzer, a comic book, and limited edition prints. They also have t-shirts, hoodies, CDs, and a magnet, for those into the standard things. 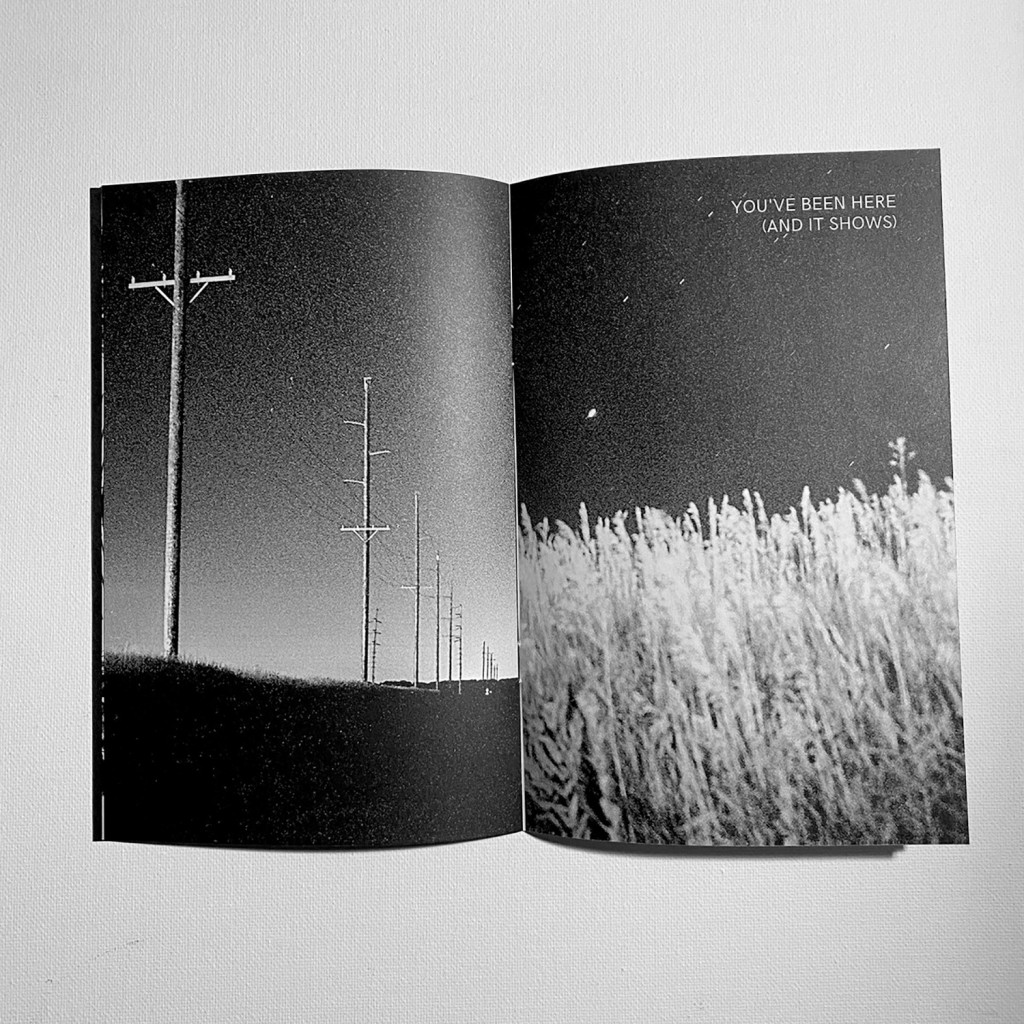 The idea of rootsy Lawrence musician Til Willis teaming up with Selvedge, the experimental noise project of Chance Dibben, seems like a way-out-there concept, but it works. The pair’s sounds both have one foot in some quite sad and melancholic aspects, and when put together, the result is not unlike a 21st century Jandek album. Small Guarantees is the sound of searching for “meaning in anxious times,” as the pair puts it. The ‘zine gets you a download of the nine-song album, and features lyrics and digitally manipulated imagery to allow yourself to become fully immersed. 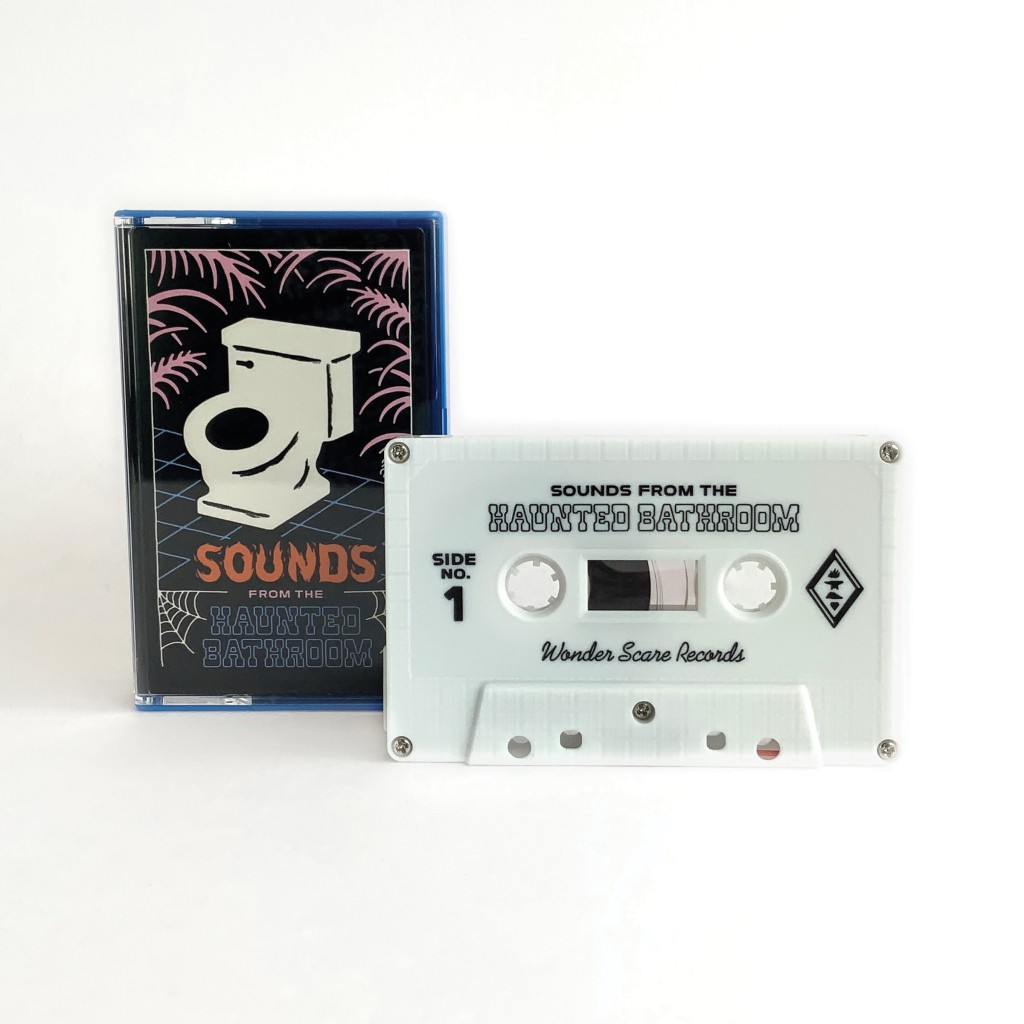 Lawrence art supply store and gallery Wonder Fair has been noted for their delightfully creative installations over the years. While past creations such as the Dead End Diner were only around for a month or so, the Haunted Bathroom is here to stay. The radio within exclusively plays jingles for long-gone Lawrence businesses, but you can take the experience home with this cassette, featuring music from Jon Linn and Joe and Paul DeGeorge of Harry & the Potters. It’s creepy and catchy all at once. If that’s not your thing, the folks at Wonder Fair commissioned musician Jade Rose to create The Valley, a city pop-inspired collection of electronic music, which is available as a 12-inch vinyl LP. 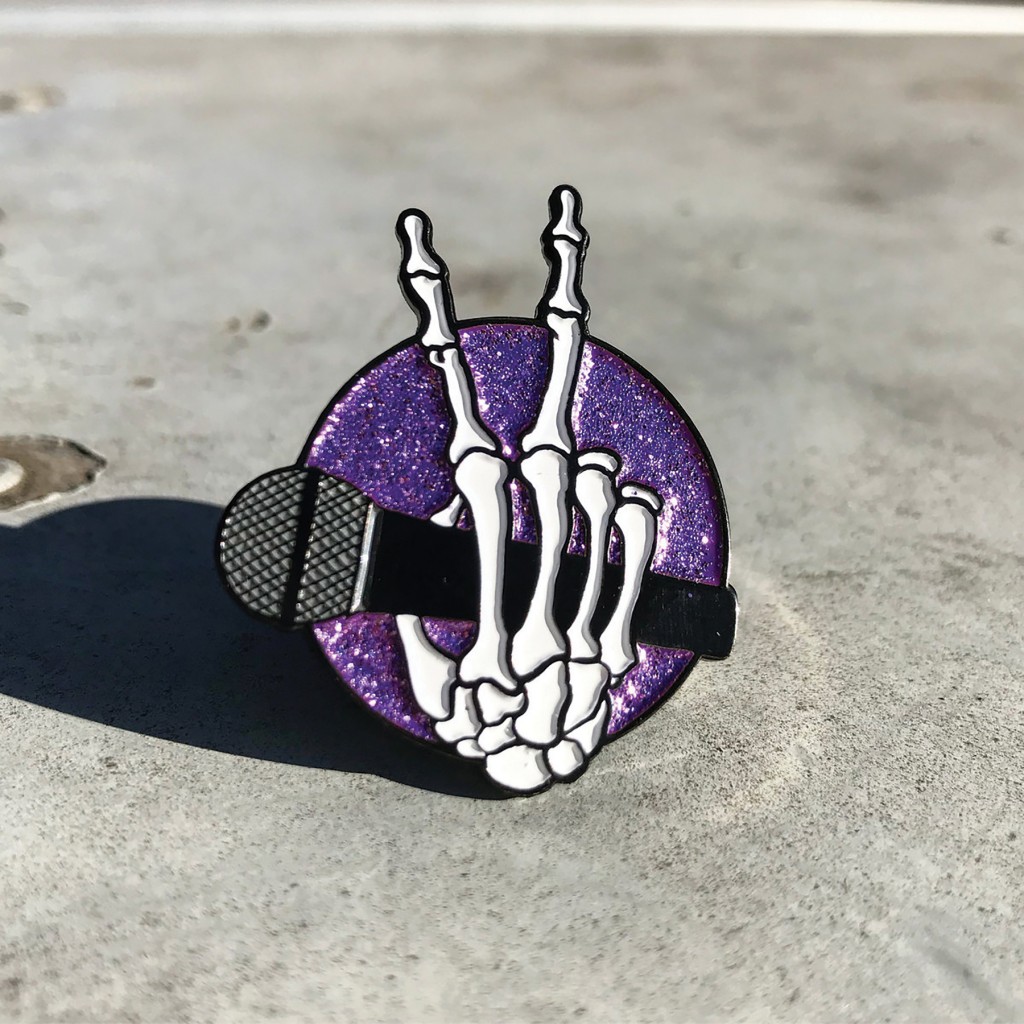 Lawrence musician Joel Bonner’s project, Serene Fiend, is known for its energetic live performances, with Bonner dressing to the nines to present his goth industrial dance tunes. Thus, it makes a ton of sense that Serene Fiend wouldn’t just offer up a download card for the 2018 EP, Give Fiend A Chance. The cover art for the two-song release is reproduced as an enamel pin with an appropriately sparkly purple background, allowing you to not only rep Serene Fiend, but look dapper while doing it. 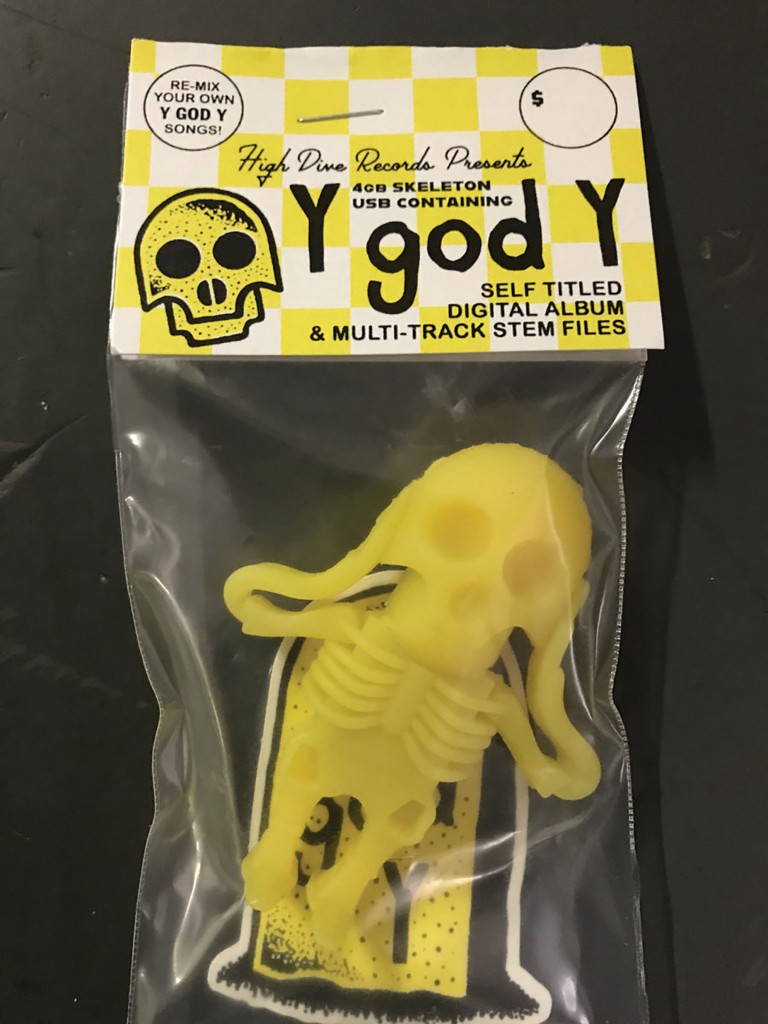 Y god Y’s self-titled 2019 EP on High Dive is available digitally or on 12-inch black vinyl, but that’s so yesterday, you know? Why just listen to the music when you can get all the multitrack stem files so you can remix the album yourself? Or, if you’re not a DJ or producer, it comes housed in a USB drive shaped like a skeleton holding its own skull and includes a band sticker, as well. That’s pretty amazing on its own, to be honest. 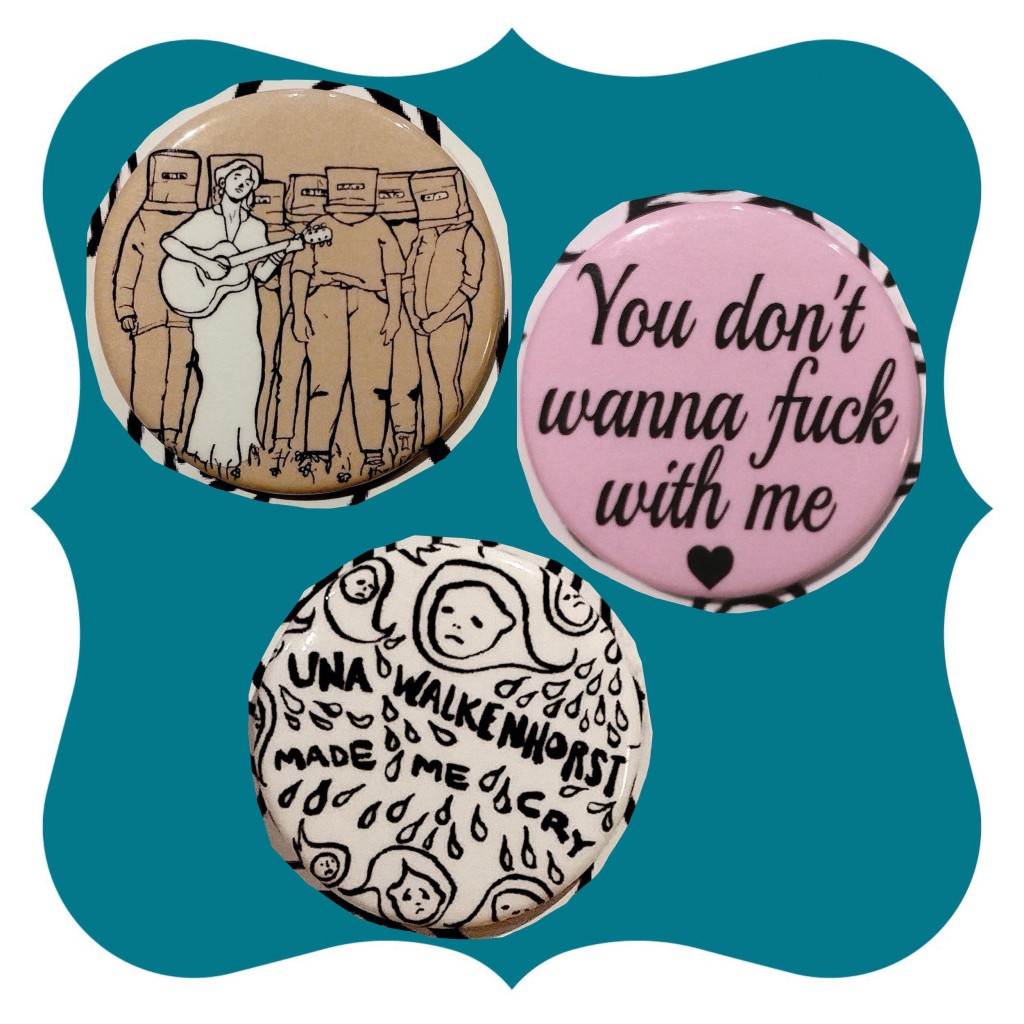 These buttons from musician Una Walkenhorst contain multitudes. There’s “Una Walkenhorst made me cry,” featuring a rainstorm of tears, and a bunch of sad faces within some of said tears. There’s a drawing of Walkenhorst playing in front of a bunch of folks with bags on their heads. And, finally, there’s a simple, text-only badge which reads “You don’t wanna fuck with me” and a little heart at the bottom. Given the singer-songwriter’s fierce devotion to local causes and willingness to fight for that which she believes, it’s spot-on in terms of branding, and they’re all designed by the artists herself. 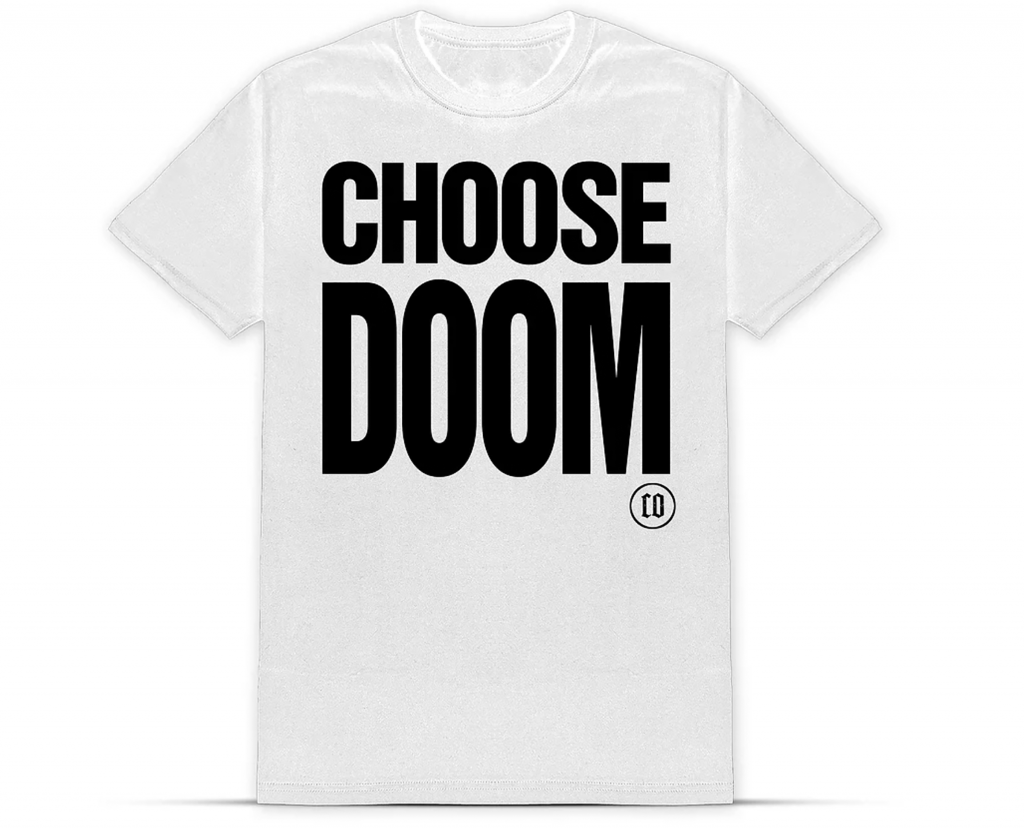 Celebrate your love for doom metal and Wham! with one simple shirt. Designed by Inner Altar’s Neal Dyrkacz, this simple shirt features a discrete Company logo in the lower right-hand corner, but other than that, it’s all about remixing the apparel famously sported by George Michael in the music video for “Wake Me Up Before You Go Go.” 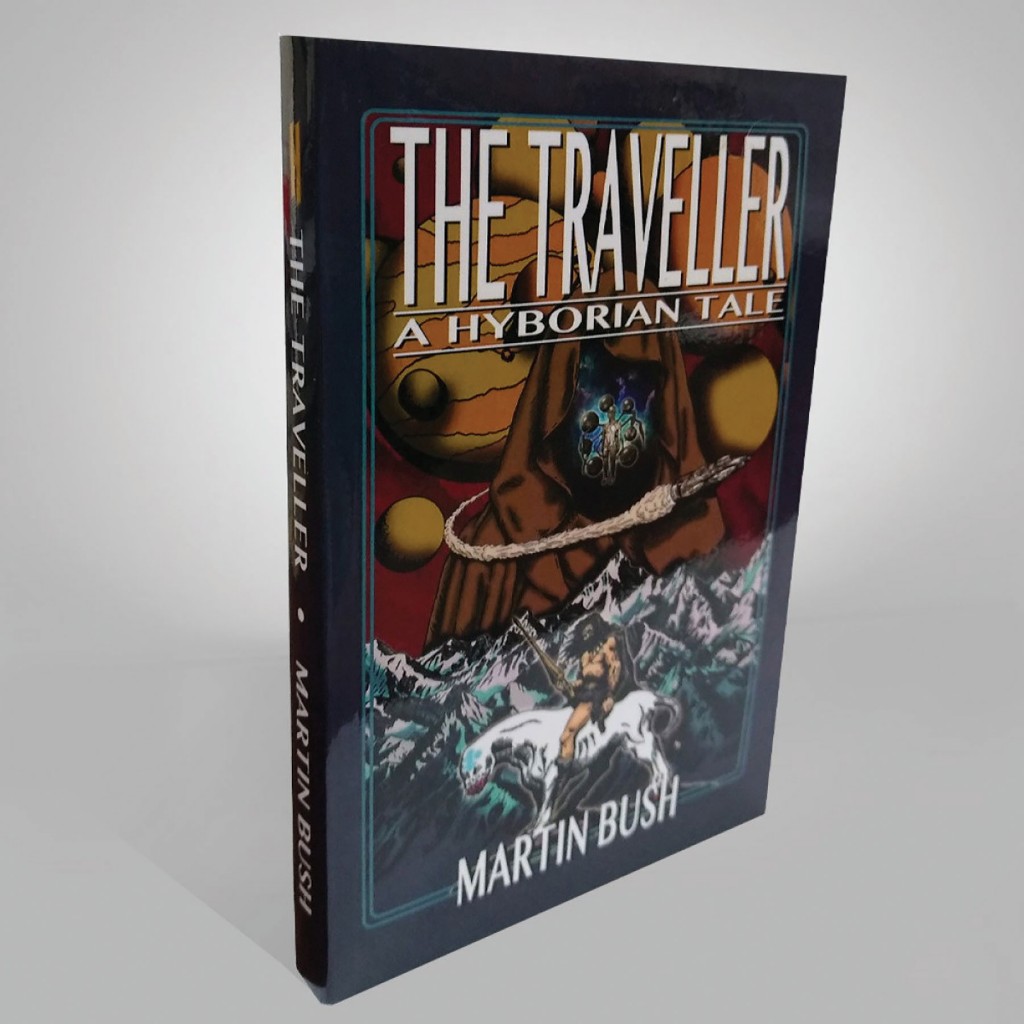 The Traveller: A Hyborian Tale

The frontman for Kansas City stoner rock trio Hyborian, Martin Bush, wasn’t just satisfied with making a second album about an interdimensional time traveller, so when the band’s Volume II released earlier this year on Season of Mist, it had a companion novel entitled The Traveller: A Hyborian Tale. The book is a 215 page science fiction story which goes even deeper into the mythos of the character around whom the band’s first two albums have been based. It’s one hell of a concept, taken to the nth degree. 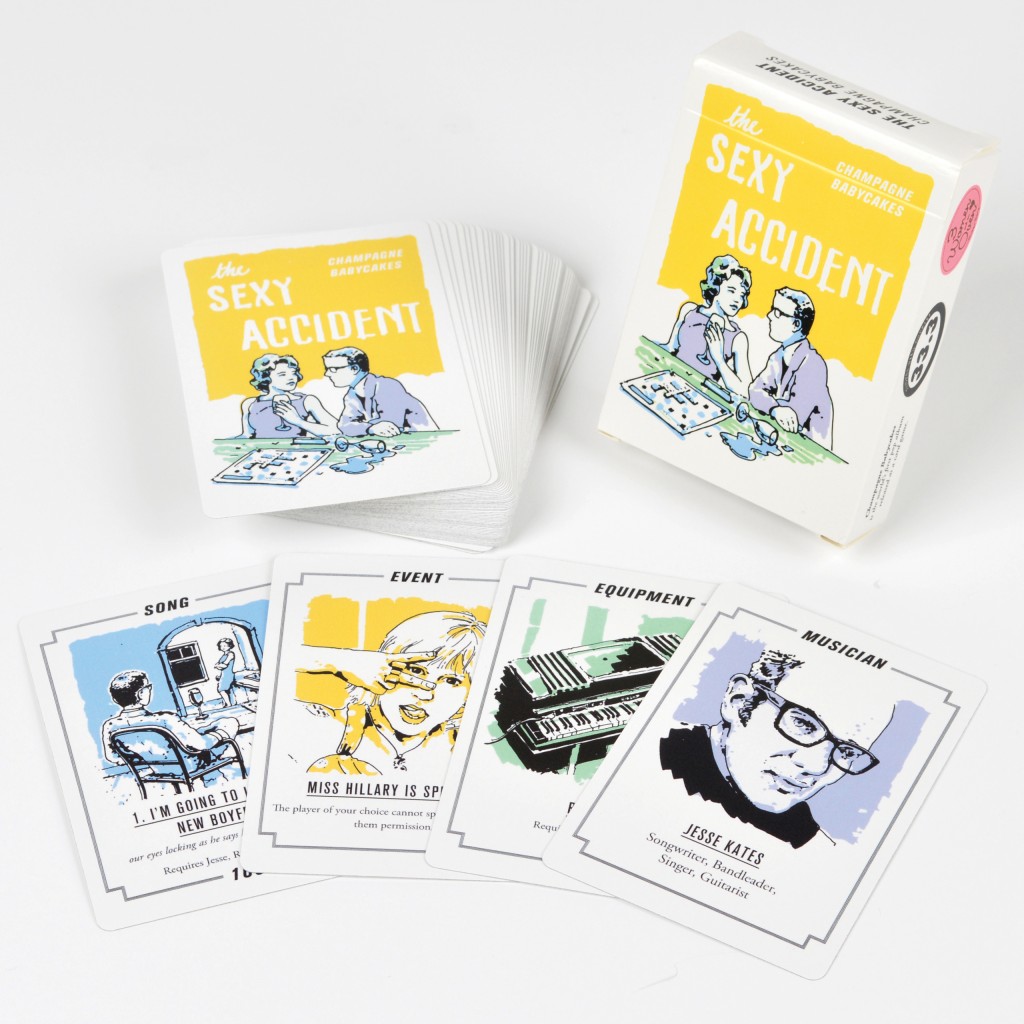 The world’s first album released as a card game—from right here in KC. When the Sexy Accident unveiled their 2016 album, Champagne Babycakes, they made it into a playable card game, suitable for two to four players, where you earn points by playing songs and putting on events. It’s astonishingly creative, and if that wasn’t enough, when the Sexy Accident put out a remix album, Chamcakes Babypagne, they included three expansion cards for the game. An entire evening of entertainment, all contained within a card deck. Additionally, the band released 2014’s Lavender 3 as a 48-page hardcover book featuring lyrics, art, and photos, if you’re wanting to go classy. 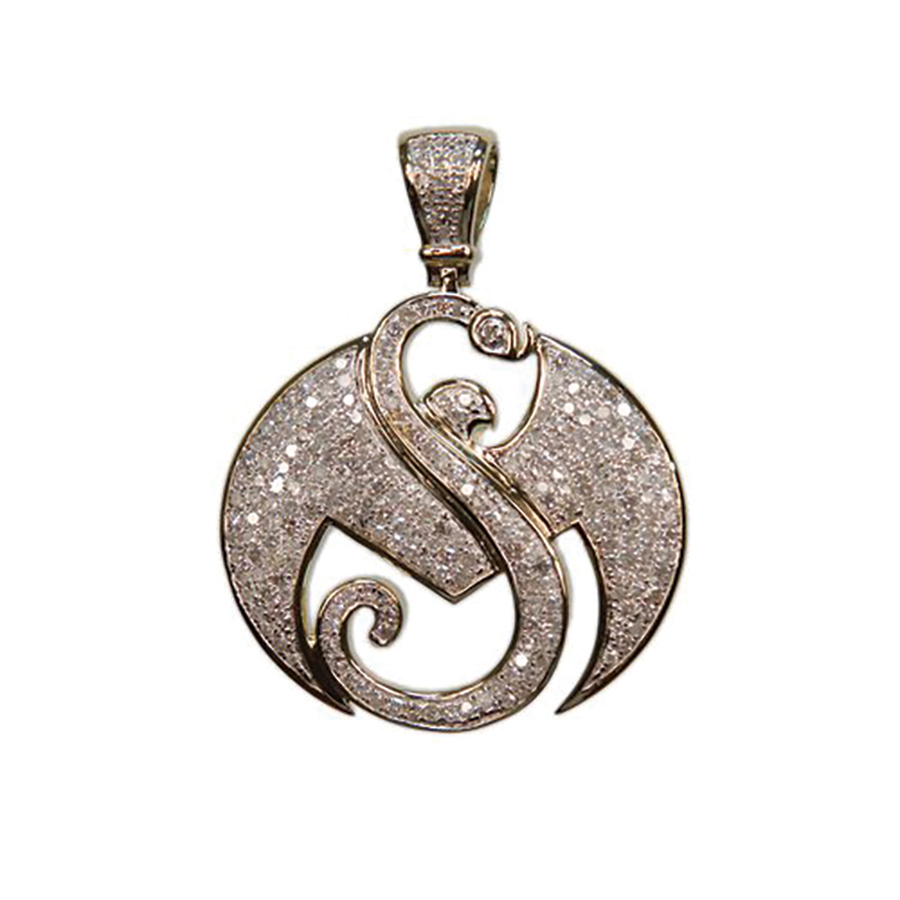 It stands to reason that the biggest name locally would also have the swankest, most decadent merch possible. There are six different jewelry options for sporting the logo for Tech N9ne’s label, Strange Music, with two options for rings, earrings, and pendants, but one stands out above them all. This pendant has a one and a half inch diameter, crafted in yellow gold, with 1.4 Carat Total Weight of diamonds. It’s pure insanity and absolutely the coolest thing we’ve ever seen. No one here would complain if we found it in The Pitch staff stocking.