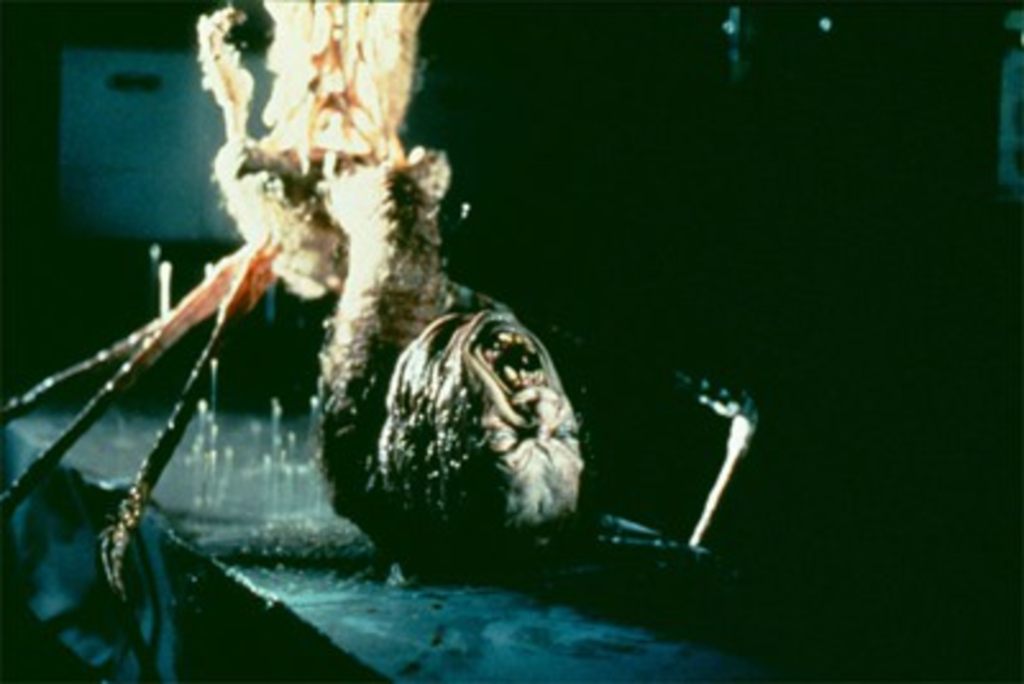 For an unfortunate majority of young movie­goers, “the Thing” means the boulder-looking dude from The Shield shouting, “It’s clobbering time!” But long before the Fantastic Four movies celebrated that wisecracking rock pile, a different Thing terrorized scientists at an Antarctic research station. In 1982’s The Thing, a shape-shifting alien impersonates people and animals, leading to virulent suspicion and gory deaths. Director John Carpenter employs inventive effects, such as a sentient head that severs itself from an endangered body, but The Thing generates tension with profound psychological unease as much as with visual shock. The Thing‘s titular discord-sowing cosmic chameleon looms as the scariest big-screen menace to haunt any local movie house this Halloween season. The film screens at 7 p.m. tonight and at 9 p.m. Saturday at the Screenland Theatre (1656 Washington, 816-421-9700). Tickets cost $6.