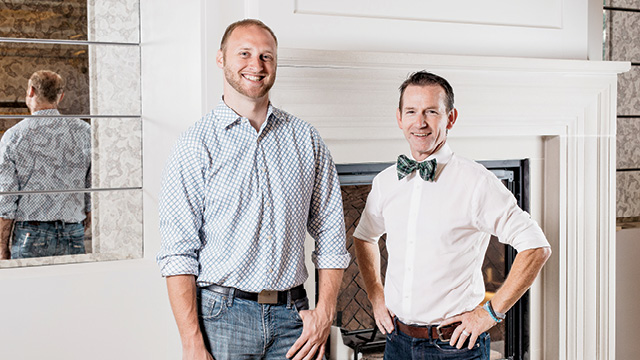 The Monarch is not coy about its extravagance. The new bar — nestled between the rich Polsinelli building and the Plaza-posh Jax Fish and Oyster House — basks in its own gilded-lily glow, from the showpiece terrace outside to the Italian-marble centerpiece bar indoors to the 1,500 handmade plexiglass butterflies that hover overhead. Set to open August 21, following months of insider conversation, thanks to the names behind it, the Monarch is meant to be KC’s first true luxury drinking establishment — luxury price tags included.

The bar is the vision of local architect David Manica, known internationally for his work designing large-scale projects such as the VTB Arena Park in Moscow and the new Chase Center in San Francisco, which will be home to the Golden State Warriors starting in 2019. He has said that, as his job took him abroad, he would return to KC remembering the high-end bars he’d visited in Europe and Asia. About a year and a half ago, he decided to design and build his own. In a kind of reciprocity with the tony destinations that inspired it, the Monarch’s fanciest fancy is its hyper-masculine private room. The Parlor, as it’s called, will serve vintage and rare spirits and wines (along with the bar’s regular menu) to high-rollers — “ballplayers and dignitaries,” Monarch folks say, with little discernible irony — who arrive via a private entrance. Internationally renowned bartenders, Manica says, will be flown in for special engagements.

In that space and in the main room, Monarch’s pristine design is also surprisingly practical. For example, cocktail servers will not ring in tickets to be filled at that big marble bar. A separate, mostly unseen prep area — Monarch calls it a “remote service well” — is where cocktails are mixed for patrons sitting anywhere but the bar. This is supposed to free up the bartenders on the floor to focus on service and showmanship for the customers directly in front of them.

That notion comes courtesy of Monarch’s formidably experienced bar and management team, Liquid Minded Concepts, whose partnership with Manica was announced in April. (Manica retains majority ownership.) Liquid Minded Concepts is an all-star squad of KC cocktail players, including Brock Schulte (formerly of the Rieger), serving here as bar director; Kenny Cohrs (Jax and Manifesto), Monarch’s hospitality director; and Mark Church (Grünauer and Julian), the general manager. LMC’s Brandon Cummins has also been working as a consultant. “Mark, Brock and I have all been part of teams opening spaces,” Cohrs says, “but we’ve been here since this was a concrete box.”

In addition to overseeing construction alongside Manica’s team, Schulte, Cohrs and Church have also brought on another big-name talent to helm the kitchen: Theresia Ota, formerly of Jax Fish and Oyster House. Ota, who left Jax in June, says she’d been planning to leave Kansas City because nothing here aligned with her goals. Monarch changed her mind.

“I am so excited about this concept because I get to create a small, seasonal menu of food that I want to eat, in a style that I like to eat,” says Ota, a native-born Hawaiian whose German- and Japanese-American heritage further diversifies her culinary influences. Among other items, her menu will include tonno arrabbiata (small, crispy risotto cakes with tuna tartare seasoned with lots of lemon, caper and calabrian chile), quail Scotch eggs (a riff on the classic dish that substitutes hens’ eggs and uses pork belly in place of sausage), and a caprese spiedini (essentially a caprese grilled cheese). The plan is for food prices to generally stay at less than $20 a plate. (Cohrs describes the dishes as “napkin in hand” items. He says: “Think of going to a great cocktail party in Mission Hills.”)

“It feels like the pressure and the eyes are on the cocktails,” Ota says. “The level that these cocktails are bringing is serious. They don’t need serious food. I’m not trying to detract from the focus — I’m trying to bring an element of play. Success for me will be seeing customers calling off their dinner reservations elsewhere.”

The seriousness of the cocktails depends some on where you’re seated. In the main bar, you’ll see a menu of approximately 40 cocktails, including four on draught and another four bottled and sealed with wax tops (displaying, of course, the Monarch monogram). Schulte, Cohrs and Church mean for this broad selection to showcase a variety of spirits, seasonal ingredients and preparations. Also in the main bar is a specialized negroni cart — a tip of the cap from Schulte, Cohrs and Church to Manica, whose favorite drink is the classic cocktail and who has talked about tableside drink service at bars he likes in West London. Expect riffs on the negroni centering on a house version that runs its proprietary mix through an ultrasonic homogenizer prior to serving. (This, the teams says, is KC’s first bar homogenizer; the idea, naturally, is to achieve superdeluxe smoothness.) 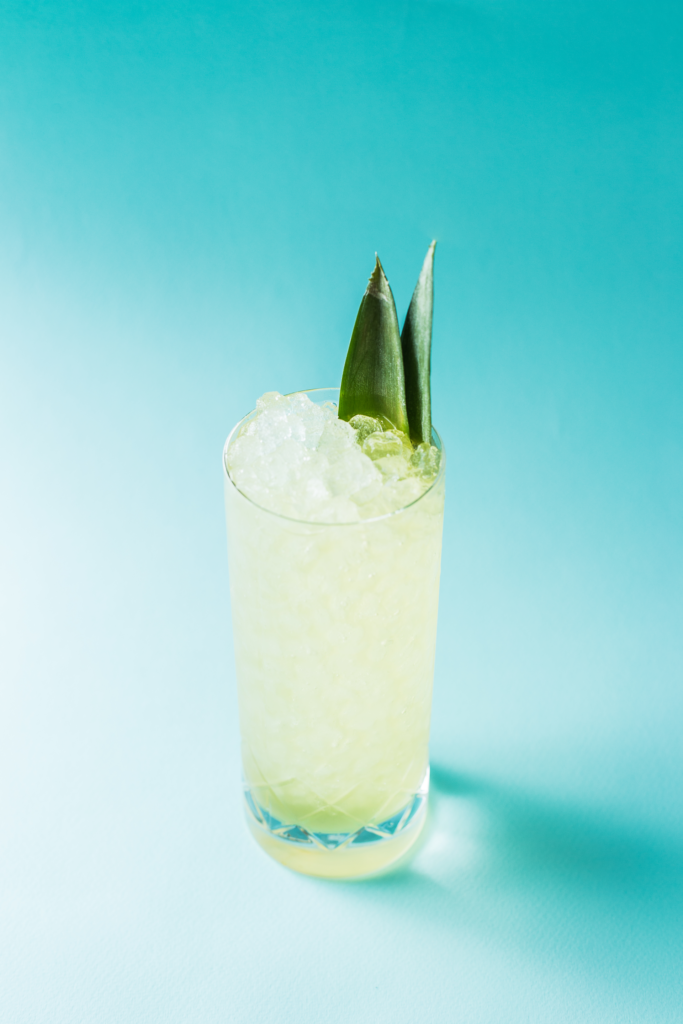 Inside and out, Schulte says he’s excited about the Monarch Planter’s Punch, which returns the rum punch to its Caribbean origins with Foursquare Rum 2004 and, among other ingredients, house-made tepache and Crane Brewing Company’s Orange Gose.

Cocktails outside and in start at around $12 apiece, with most $15-$20. Spendy, perhaps, but a fire sale compared with what can be had in the Parlor. Back there, people who love good booze and hate their money can really let loose; cocktails start at $30 to $40 apiece, thanks to a generous use of rarer spirits and wine. (You’re also paying for privacy and exclusivity.) “If someone wants Pappy van Winkle 20 and we have it, that’s just what it goes for,” Cohrs says.

The Monarch will probably have it. Schulte, Cohrs and Church enjoy good relationships with an array of suppliers, and among the Monarch’s vendors are distillers and vintners earmarked just for the Parlor.

“We have an opportunity to bring in something to KC that right now we can’t get,” Schulte says. The results will reveal who in Kansas City, besides Manica himself, has been waiting — and saving up — for a place like the Monarch.