What does it mean to be a Kansas City composer? An Open Spaces show takes a stab at it 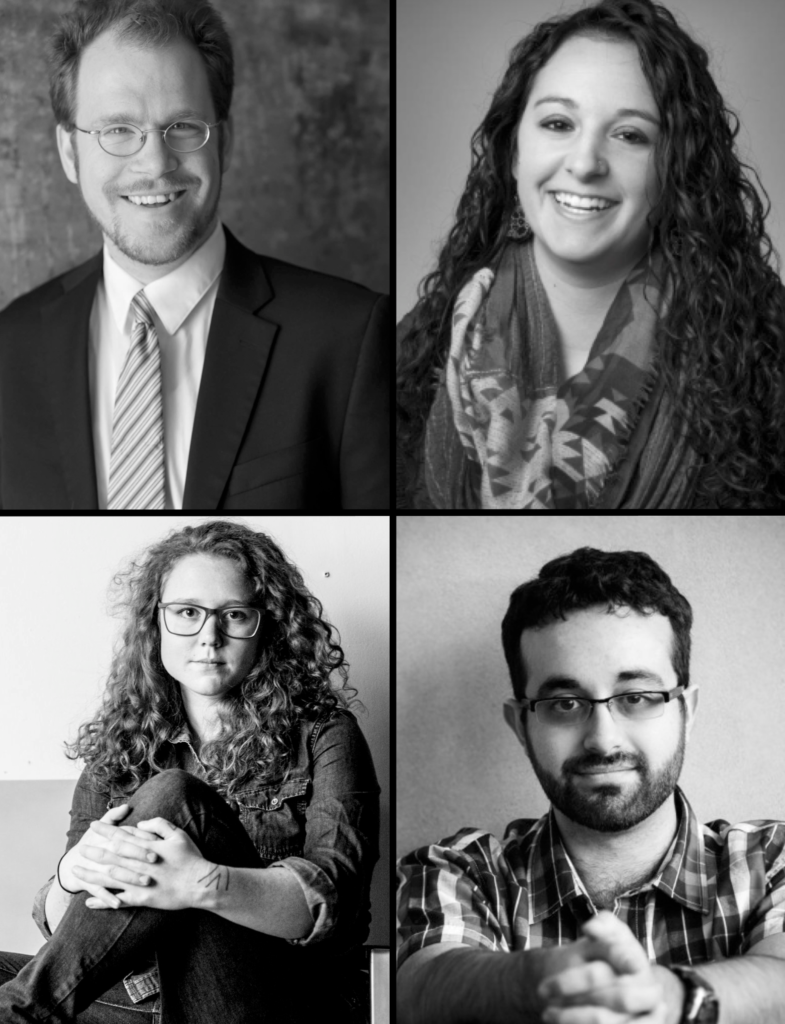 What does it mean to be a Kansas City composer?

For Open Spaces, a collection of artists takes on that question in a concert of new works.

Not since the 1930s has the city been defined by one genre, and Daniel Morel conceived of “Kansas City Composed” as a way to showcase the variety and individuality within the city’s contemporary classical music scene.

“It’s more of a portfolio of the area, rather than a specific organizing theme or style to all pieces,” Morel says. “Certainly, the Kansas City area is not confined to one -ism.”

Performed October 28 in The Village in Swope Park, the concert is part of the final celebrations for the festival.

“When I heard they [Open Spaces] were doing a call for other types of programs beyond visual art I thought it would be a great opportunity to showcase a lot of local music that is recognized, but sometimes passed over,” Morel says.

“I wanted a program that was fairly balanced,” he continues, “not skewed one way or another, because I think that is part of what makes Kansas City so interesting, because there’s such a wide variety of music and voices out there to begin with.”

Morel came to Kansa City five years ago for his doctorate at UMKC’s Conservatory of Music and Dance. Originally from Colorado, he’s lived in Lancaster County, Pennsylvania and Hartford, Connecticut. The other composers for this project are Stacy Busch, Ted King-Smith, and Christina Butera, and, like Morel, they arrived in Kansas City to study composition at UMKC and stuck around after graduating.

“People go to an area that maybe they feel most connected to and then build off of that,” Morel says.

It’s certainly one of the aspects that attracted Busch, a multimedia artist.

“Kansas City is iconic because it is the definitive story of the Midwest,” she says. “I have always felt a great sense of pride and work ethic in this city that pairs with a remarkable absence of self-centeredness.”

“Music in Kansas City is a broad spectrum,” says King-Smith, adjunct professor at KCKCC and JCCC. “There are groups that continue established musical traditions in a variety of mediums and genres, and there are others who continually experiment and blur the lines between them.”

The pieces are written for acoustic sextet — flute, clarinet, violin, viola, cello, percussion — and conducted by Lee Hartman. Other than instrumentation, the works were developed independently.

There were some commonalities, though. Busch and Butera, vice president of the Kansas City Electronic Music and Arts Alliance (KcEMA), agree that Kansas City provides space for development, which has influenced their styles. “For me, being a Kansas City composer is all about freedom to express your own style,” says Busch. Butera says the environment has “opened me up to a stylistic freedom.”

Morel and Butera reference the city’s jazz history. Morel, who studied jazz and classical piano, is taking “the recognizable melodic or motives that you might expect to hear in jazz and putting it in a much more fast paced concert work featuring non jazz instruments.” Butera also reimagined those elements: “It has snuck into my music in the form of more playful rhythms and whimsical harmonies.”

Morel and King-Smith mention the influence of landscape in shaping art.

“Geographic location is something that has always filtered into my music,” says Morel, from the Rocky Mountains to the coast to the Plains. In researching the painter Thomas Hart Benton, King-Smith was inspired by his “Open County” painting. He also visited Kansas’ Tallgrass Prairie National Preserve in preparation.

Freedom, heritage, and sense of place start to form an answer. “I stayed, and I plan on sticking around,” says Busch, “because the music scene is so open, collaborative, and vibrant.”

“One of my first impressions of the area was its active art and music scene, beyond the Conservatory,” says King-Smith, “and over the past five years I’ve found a home in that community.”

“This is the first place that’s ever felt like home other than my actual home state of New Jersey,” says Butera.

So what does it mean to be a KC composer? Maybe it means being home.