What August Wilson “learned” at the Black Repertory Theatre of KC 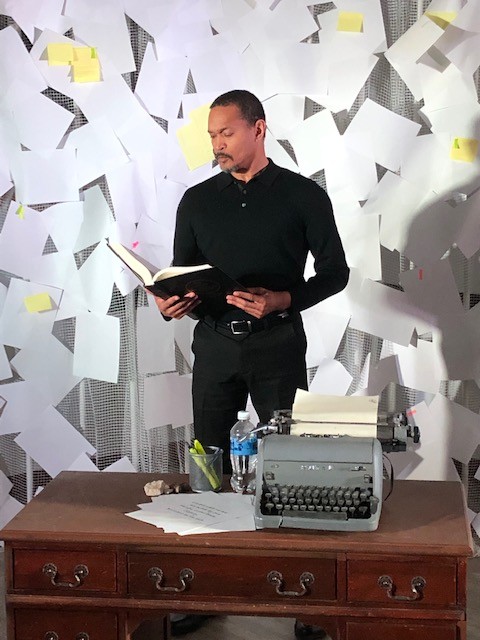 August Wilson speaks through his singular characters in his many plays. In How I Learned What I Learned, his one-man show (co-conceived by Todd Kreidler), the writer relates to us directly in a kind of poetic autobiography.

In this particular Wilson work, directed by Jacqueline Gafford at the Black Repertory Theatre of Kansas City, the lone, exceptional character is Wilson (L. Roi Hawkins), sharing experiences that will shape the man and the writer he becomes. The play’s masterful monologue shifts from exposition to storytelling to poetry and it draws the friends and mentors, the family and bosses, the community and ground rules that fashion Wilson’s worldview.

Wilson performed the show himself less than a handful of times. (It’s said he didn’t like being onstage.) Here, Hawkins inhabits the future playwright at a young, impressible age. It’s 1965, when Wilson is 20 and living in Pittsburgh, Pennsylvania’s Hill District, where he has grown up, and where, he says, a 20-year-old African-American’s destiny is jail. It’s a community that plays a significant role in the writer’s Pittsburgh Cycle, or Century Cycle — the 10 plays that chronicle the African-American experience in each decade of the 20th century. 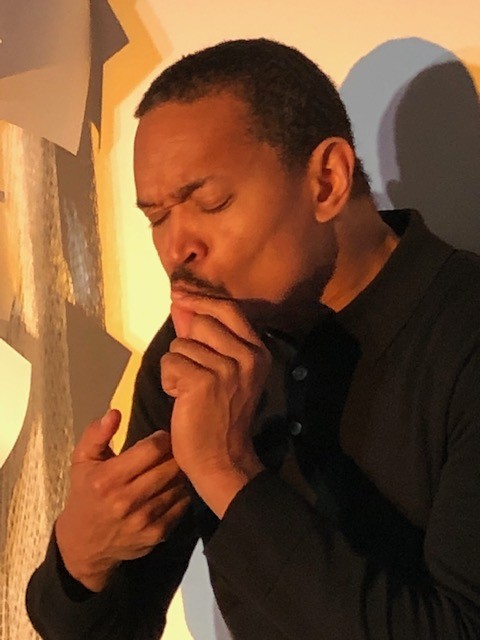 Produced by BRTKC in a small theater space with no raised stage, the one-act is like a seminar that informs Wilson’s catalog. The intimate lecture adds dimension and insight to his works, and it’s a joy to revel in Wilson’s language and perceptions, and the diverse figures in his life.

I was so caught up in the strands of personas, voices, and stories that Hawkins’ Wilson weaves, I thought to interject now and then with a question. I had to remind myself: This is a performance, not a conversation.

But he talks to us. “The first thing you discover after leaving your mother’s house is you gotta pay the rent,” he learns the hard way. He tells us of the racism he confronts, about the Hill District of the mid-1960s that’s as poor as a Third World country, but vibrant. He elaborates on how “something is not always better than nothing.” The music of Bessie Smith and John Coltrane, his friendships with writer Chawley Williams and the colorful Cy Morocco, his many menial jobs, his stint in jail — these are just some of the tales of lasting impact, on his psyche and on us. 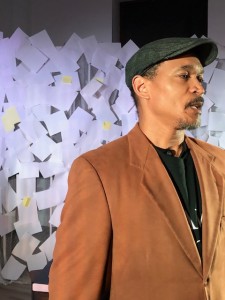 Wilson’s script meanders among people and places and memories, and Hawkins harnesses the verbose 100-minute monologue with energy and a heightened focus. As the play progresses, Hawkins more and more embodies the young man at its center.

He’s assisted by typed words projected on a screen (Em Swenson and David Kiehl) made of wire mesh covered with sheets of copy paper. He’s not helped as much by lighting that sometimes leaves him in shadow or by the play’s sometimes too-swift pace. A desk prominently sits center stage, but he never pauses or leans against it or stops to take a rest.

The prolific Wilson must not have rested much, either, composing his 10-play cycle (plus this play) between 1979 and 2005, the year he died. Self-educated (Wilson left high school at age 15), he was first a poet; he didn’t take up playwriting until moving to Minneapolis when he was 33.

Through February 29, at the Black Repertory Theatre of Kansas City,