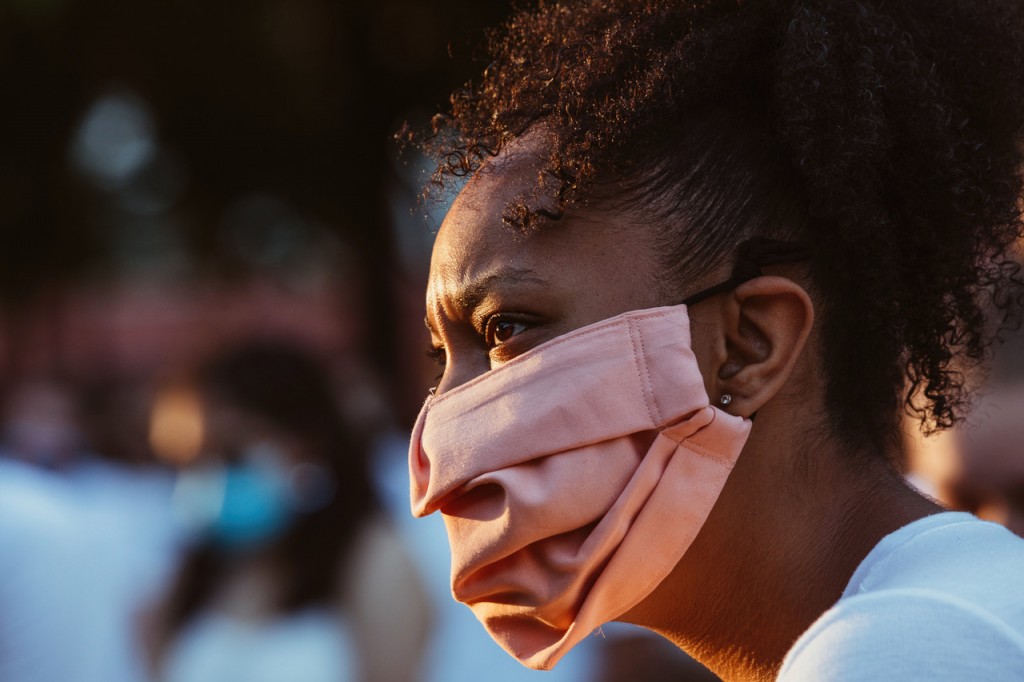 Remember in 2016 when rapper Future said “mask on, f*** it mask off?” Not only is Future a prophet way ahead of his time, but doing the latter in today’s world is the exact opposite of what people should be doing.

Thankfully, our local leaders are making sure everybody’s wearing a mask to protect each other from COVID-19, as mandates in Kansas City and most of the greater metropolitan area have been enforced.

What this means is that anyone that enters a place of public accommodation must wear a face covering that covers the nose and mouth while performing an activity in which social distancing isn’t possible.

There are some exceptions, such as people who have medical conditions that would prevent them from comfortably wearing a face covering or would restrict their communication, children younger than two years old, and people who are at a restaurant and are eating while distanced away from others.

For Kansas City, the mandate is effective until July 12, although it wouldn’t be a shock to see it extended.

Jackson, Wyandotte, and Douglas County soon followed with its own mandates, with Wyandotte’s going into effect Tuesday and Jackson and Douglas starting Wednesday.

Johnson County hasn’t announced a mandate and the health department said it’s not planning to require face masks in public, which is just so JoCo.

These mandates come shortly after the rapid increase in positive cases. Kansas City is currently at 1,962 cases, while Jackson County is reporting 1,149 cases. Wyandotte County reports 2,223 cases and Douglas County sits at 159 cases.

The biggest announcement in regards to requiring masks in public comes from the mouth of Kansas governor Laura Kelly, who said she will issue an executive order right before the weekend. The Republican lead State Finance Council will review the order, but thankfully they can’t overturn it. Kelly’s office said that only the full Legislature has the power to do that with a concurrent resolution.

This comes after the state saw an increase in cases once restrictions were eased. It sits at 14,443 cases as of Tuesday and that number will continue to rise as testing increases and as people refuse to wear masks for cosmetic or masculinity reasons that I cannot comprehend.

I look very beautiful in mine. No one will notice how hot you are if you’re in the ground.

The increase in cases country-wide correlates with states reopening just a bit too early. States like California, Illinois, Oregon have already made it a requirement for people to wear masks in public and other states, such as Arizona, Florida, and Texas are beginning to close down bars and restaurants as the states become hotspots for COVID-19 cases.

How does Kansas City avoid copying those states that let it get out of control even though the governors never really had it under control? By wearing a mask. It helps prevent the spread of the virus. There are facts, data, numbers, charts, graphs, and pictures to prove it.

Missouri's governor trying to explain why he won't issue a statewide mask order. "We move forward where we're at" seems like a data-driven approach. pic.twitter.com/ytDpzGAUKJ

Look at what countries in Europe have done. It spiked at the same time the United States did in March, but through strict lockdown measures and taking it seriously, they managed to see a decline in positive cases.

Kansas City, wear a mask. Europe won’t let us back in until we do.

And with the announcement that fireworks shows around the metro are being cancelled for our protection, it is worth noting that, until we all get on the same page, most holidays are not gonna happen like you want them to happen. So if you don’t care about European vacations, perhaps think of what life without Christmas looks like.

Ok, mask haters. Time to put this in terms that will perhaps impact you.

Wear a mask, save your year.