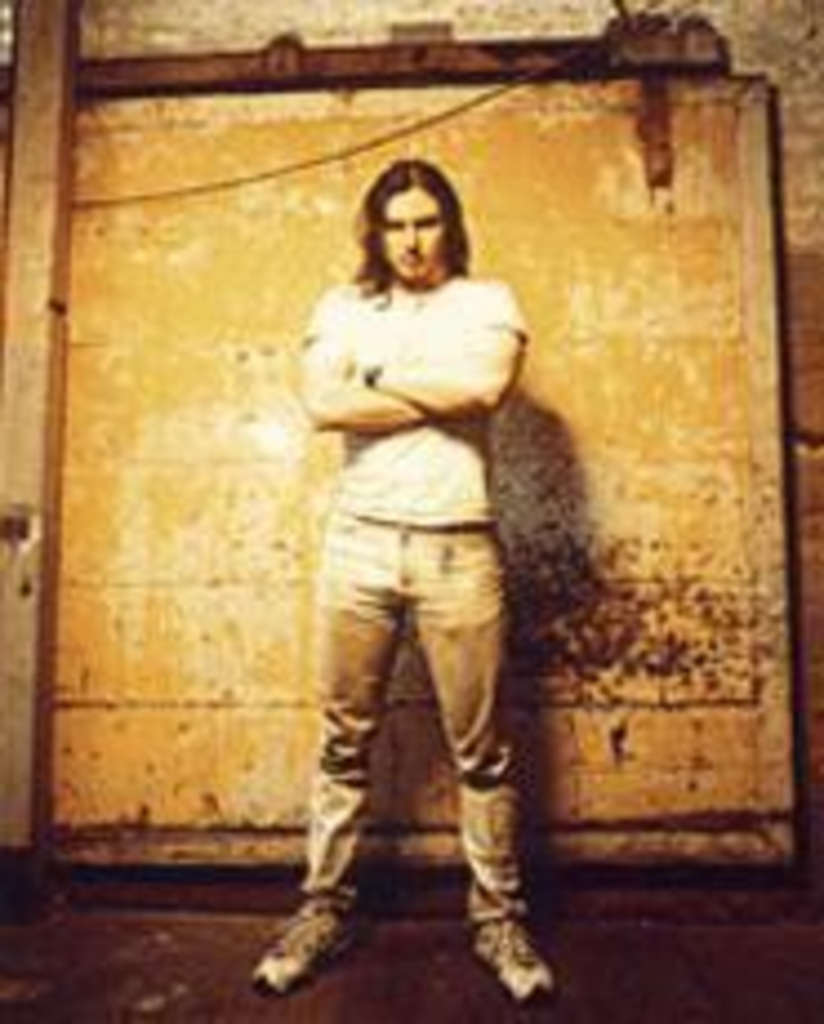 Now, a rocker preaching immoderacy is as shocking as Nikki Sixx complaining of a burning sensation at the urinal. The fact that Andrew W.K.’s full-length debut, I Get Wet, contains songs such as “It’s Time to Party,” “Party Hard” and “Party Til You Puke” doesn’t signify much of a break from rock tradition. Nor do the album’s buzz-saw guitars, bulldozer drums and smashed keyboards.

What separates Andrew from his debauched peers is the earnestness behind the excess. His amped, incredibly hook-laden rock contains none of the sleaze of Buckcherry or the smirk of Weezer — two bands that also revel in rock’s larger-than-life appeal but do so very consciously, in ways that often feel contrived (like Buckcherry’s cheesy cocaine anthems or Weezer’s incorporation of the Van Halen logo into its own). Those bands are window dressers; Andrew W.K. is a true believer, a rock romanticist. He’s a heavy-metal Tony Robbins.

“This music is freedom,” Andrew says. “It allows people to feel, do and be everything and anything they want. I want people to feel like they are amongst friends when they listen to it, to know that I am there working as hard as I can for them, that I’m not going to let them down — and most importantly, that these songs will never leave their side. This is open. This is limitless. This is a tribute to possibility. We want people to look at themselves and look at people around them and smile. There’s no wrong reason to smile.”

But you’d never know that from listening to the mopes in Staind, Puddle of Mudd or most any other hard-edged band ruling rock radio. Nowadays, smiling in rock and roll is as taboo as citing Warrant as an influence. It would be easy, then, to read into the over-the-top boisterousness of I Get Wet a direct response to modern-rock malaise, but Andrew warns against it.

“This is not a reaction to the current state of things,” he says. “I don’t really see [mainstream rock] as being such a bad thing. Even if it is, I don’t know if it’s really my job to counter that. All I can say is that, in a world of so much information — and as a result, confusion — we naturally distance ourselves from things at times and choose to look inward rather than onward.

“I feel like one of my main goals is to include people, so that when they are singing the song, it’s theirs,” he continues. “I’m singing with them. Not about them or for them — with them. There’s no big message here, other than: Do what you do, do what you love and give it all you have.”

Which Andrew W.K. (the W stands for Wilkes, his mother’s last name; the K for Krier, his father’s) has been doing since he was a kid. Classically trained on piano, he made his first recording at home when he was twelve. He moved to New York after high school and put out a pair of EPs that garnered a buzz in Britain. The hype has since made its way to these shores, where Andrew is getting steady play on MTV and critics have greeted him with enough fawning drool to drown Radiohead.

“I’ve been given this amazing opportunity to do something in life on top of having life to begin with, which is a miracle,” Andrew says. “To have basic things like food, health and shelter — and on top of that, I get to do this — who do I thank? How do I pay this back, except to make the most of it for all the people out there who don’t get this opportunity. I’m doing it for them. I owe them, and I will not throw this away.”

Nor will he overanalyze his position. Like the kid who keeps pressing a sore tooth for the shock of adrenaline the pain provides, Andrew doesn’t think too deeply about what stimulates him. Instead, he likes to rock hard, headbang like a madman and let the people on the sidelines figure out what — if anything — it all means.