Sometimes, when you have to go with a backup plan, you curse the lack of a viable third option.

Sometimes, though, smart people come up with a Plan C that’s almost better than Plan A.

Such was the case when weather forced the Kansas City Public Library to move the August Off the Wall movie ​indoors. Usually, that would have meant screening last month’s selection, 10 Things I Hate About You — Sorta Shakespeare being the theme of this season’s series, which The Pitch co-sponsors — in the fifth-floor auditorium, next to the peaceful rooftop terrace that is the event’s primary draw. But a whole lot of Heath Ledger and/or Joseph Gordon-Levitt and/or Julia Stiles fans had RSVP’d — more than Helzberg Auditorium holds. Where was everybody going to park their camping chairs and drink their free KC Bier Co. dunkel?

How about Kirk Hall, centerpiece of the Central Library’s stately main floor? 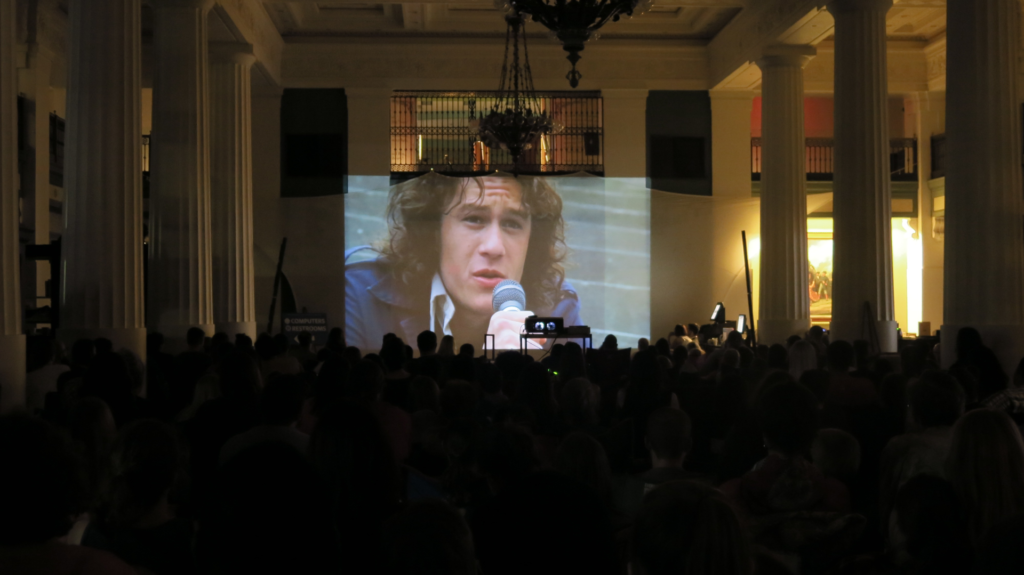 A few hundred people were like, “Yeah, how about Kirk Hall?” A King Lear-junior storm blew outside, while inside, nobody … 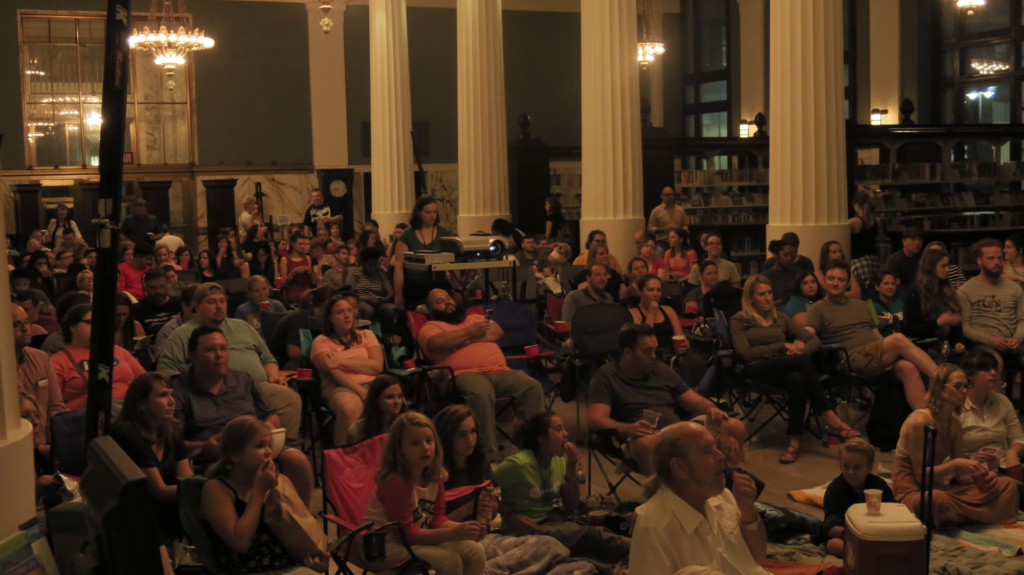 … well, almost nobody could take their eyes off the movie.

I recount this tale of improvised success because we’re doing it again tonight with West Side Story, our last movie of the summer and the latest to be threatened with unwanted dampness.

The 1961 classic will play on schedule (doors at 8, movie later that hour, beer and popcorn while supplies last), with that Leonard Bernstein-Stephen Sondheim score gently ricocheting off the marble and the books, a radiant Natalie Wood lip-synching to Marni Nixon’s voice, and co-star Rita Moreno on her way to EGOT history. If you’ve never seen it, it’s probably time. And if you’ve seen it a bunch, there are plenty of continuity gaffes to look for. Either way, the songs are the songs, and at least a couple of them are among the best in the American canon.

It’s not outside, but neither, really, was that balcony. See you to-niiiiiight.