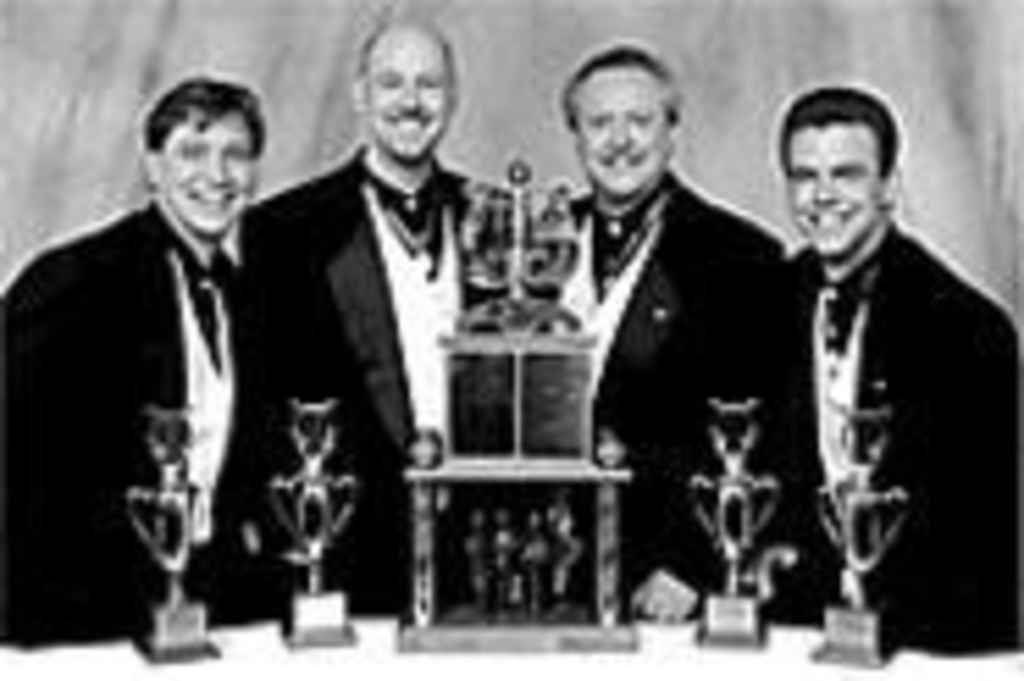 SAT 3/19
Barbershop-quartet singing, along with meticulous mustache care, is a lost manly art. But the Heart of America Barbershop Chorus still knows how to resolve a diminished seventh. See the group at 2 and 7:30 p.m. Saturday at the Music Hall (301 West 13th Street). Call 816-478-4165. — Jason Harper

Light Up
UMKC chooses its battles.

3/18-4/10
Turning current events into worthwhile plays requires a bit of distance, says Rosemary Andress. The director helms one such play, Dominic Leggett’s Smoking Kills, which premieres at 8 p.m. Friday in UMKC’s Performing Arts Center, Studio 116 (4949 Cherry, 816-235-6222). Andress and British-born Leggett are both in KC to nurture this production of the theater department’s graduate students. The drama, which unfolds on three continents over ten years, follows an Iraqi doctor, a British soldier and a television journalist through the 1991 Gulf War and beyond. When Andress first read it, the second Gulf War had already begun, making it that much more pungent. Still, she believes that the play benefits from a decade’s hindsight.

“I’ve read a lot of plays about 9/11, but few read as works of art,” she says. “Smoking Kills looks at what happens to people involved in conflict, people who will feel the effects of broken bodies and broken hearts for years.” — Steve Walker