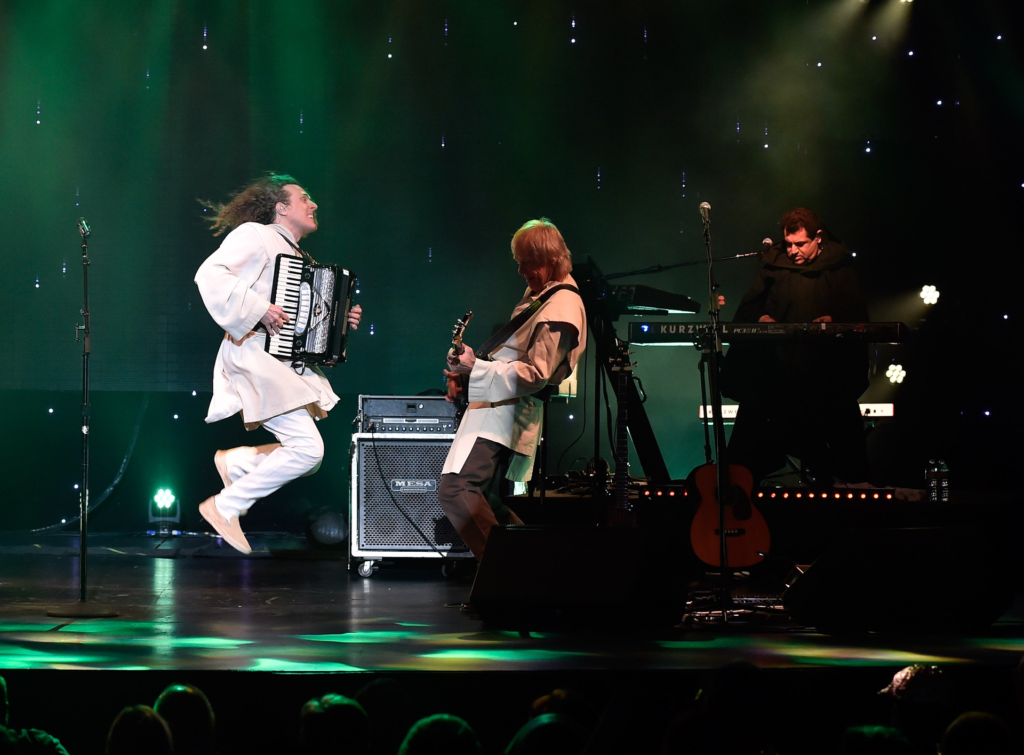 When you go see “Weird Al” Yankovic, you know what you’re going to get: parodies of pop songs, filtered through the rubber-limbed accordion maestro’s sense of humor, along with a few genre pastiches and at least one serious bout of polka.

What you don’t know is who you’re going to get: For Yankovic’s fans, the note-perfect takes on songs by artists as diverse as Nirvana and Michael Jackson are as well-known as the originals. In performance, though, it’s astonishing to see how talented the comic songster is at mimicking the performances of the artists whom he skewers. 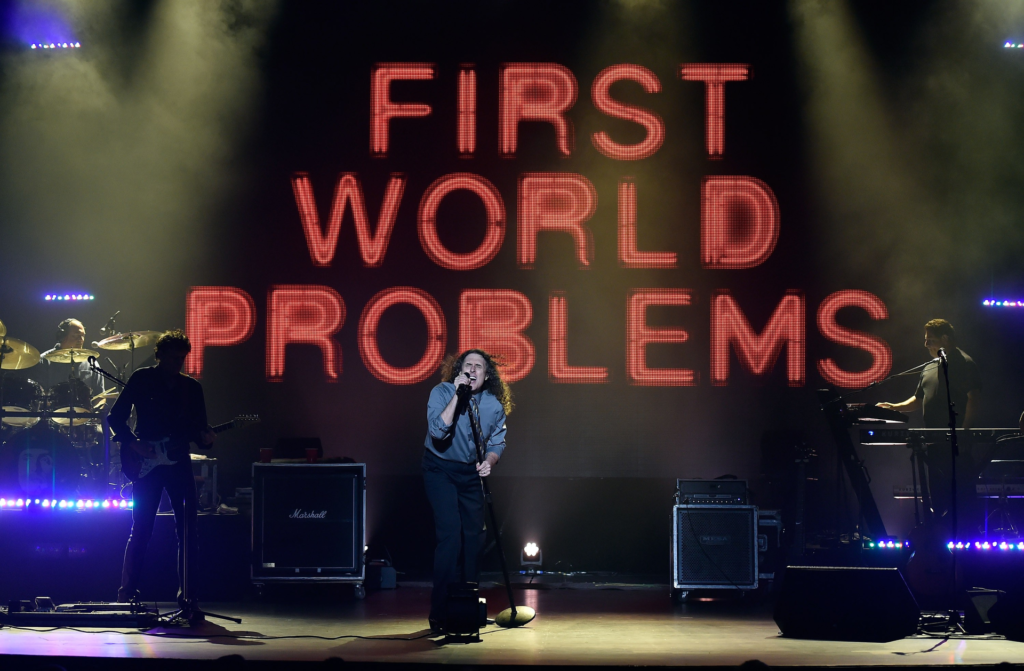 Case in point: Yankovic coming out in an ice cream hat and octopus dress for the Lady Gaga parody, “Perform This Way.” Complete with hand gestures and over-the-top vocals, he nailed the diva’s act.

The same went for “Dare to Be Stupid,” which even saw the band joining in, perfectly doing Devo. Guitarist Jim West even had the herky-jerky robotic movements down. The Pixies lift “First World Problems” was even better, letting Al and the band rock out with no need to remain faithful to an original composition. “Smells Like Nirvana,” complete with abject and disinterested tattooed grunge cheerleaders onstage, won for sheer commitment to silliness. 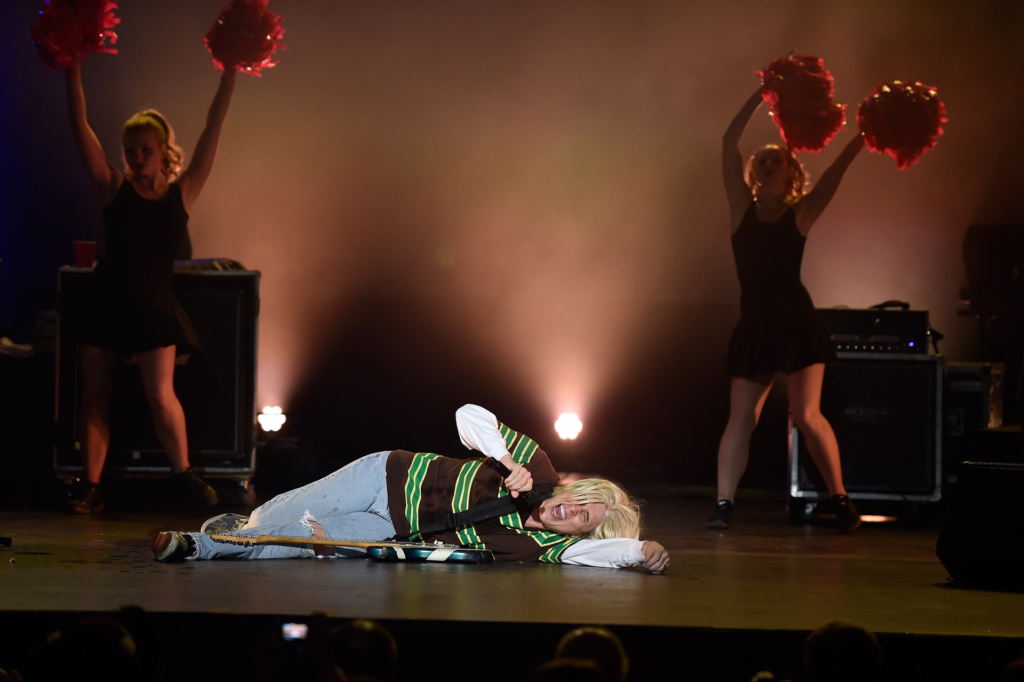 At this point in the show, my notes just become a mess of exclamation points and further hyperbole. It’s worth noting that from the moment the show started, Yankovic and his four-piece band had the audience in their collective palm. Given that the set started with Al walking into the Midland via the side door, after coming down Baltimore to 13th to the side door doing “Tacky,” then entering the crowd through the audience, he had everyone’s attention from note one.

The enthusiastic assent to the “personal” question: “Are you ready to polka?” further demonstrated that this crowd was down for the nerdy. Bubbles flew from the stage, and as the band ended the medley, “Now That’s What I Call Polka,” with Daft Punk’s “Lucky,” Al could’ve walked off stage and left the audience happy. The only weak spot was the mid show medley, which felt weak, like Yankovic was phoning it in. However, that only lasted until he reached all the way to his first single, and did a piece of “Another One Rides the Bus” solo and it was ever-so-briefly amazing. It then immediately got awesome with the never-recorded Billy Joel “Piano Man” parody, “Ode to a Superhero.” 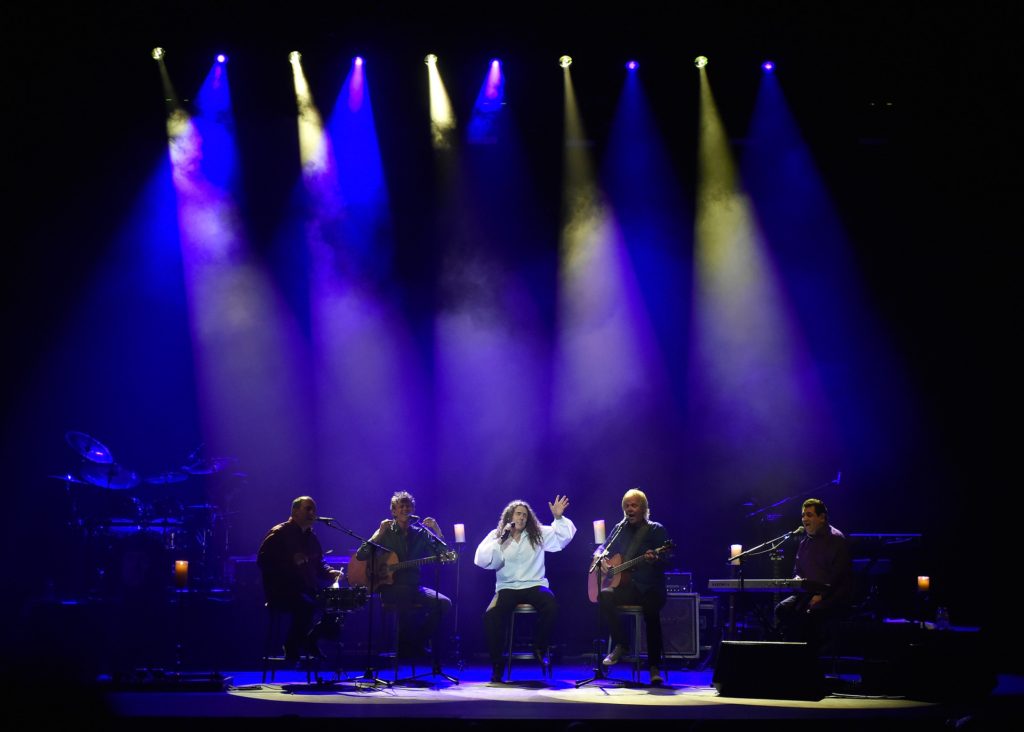 For really deep, hardcore fans, Yankovic and the band actually carried out a joke launched years ago as an MTV bit, and performed a fully unplugged set, replete with a version of “Eat It,” set nicely to Eric Clapton’s “Layla.” Honestly, this was everything a card-carrying “Weird Al” fan could possibly want. Despite focusing heavily on his latest album, Mandatory Fun, those songs shone in the live setting. The bass on the various rap numbers overwhelmed the vocals, but thankfully, the audience knew all the words, so minimal loss there.

This was, essentially, one huge singalong and geek-out — kind of like attending nerd church. You know: strange video clips, Star Wars storm troopers, audience members with puppets. The usual. As the audience filed out of the Midland at the end of the night, I didn’t see one unsmiling face, and that’s including mine. After nearly two and a half hours with Yankovic and the band, the only reason for any unhappiness would be, simply, that it had to end.

Crowd notes: The popularity of the “Foil” video resulted in dozens of people wearing aluminum foil hats, making for one hell of a fashion statement. The sartorial decisions were all over the place, with fans of “classic” Al clad in Hawaiian shirts, but nobody’s dress could match the enthusiasm of two very vocal little boys absolutely screaming “Foil!” off and on for 20 minutes before show time. I’m frankly quite surprised their heads didn’t explode the moment Yankovic took the stage.