Weezer, Coheed and Cambria and Manchester Orchestra at City Market 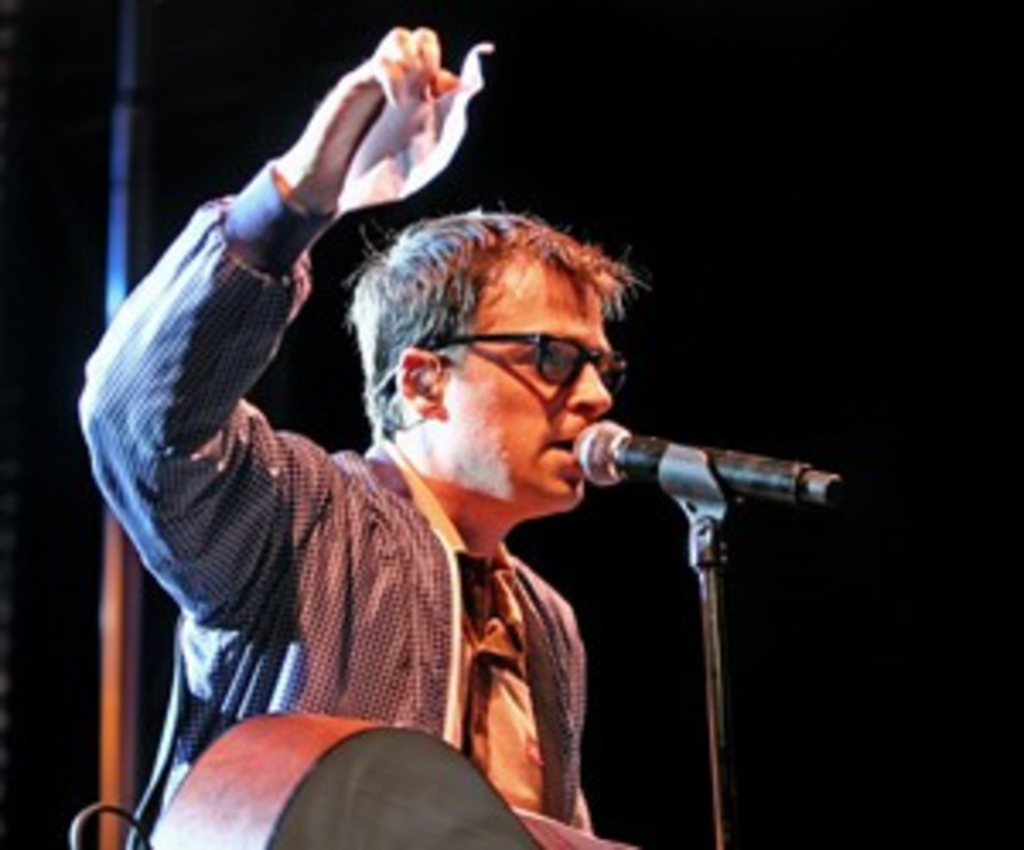 ​The Buzz Under the Stars event featuring Weezer, Coheed and Cambria, and Manchester Orchestra morphed into Buzz Under the Storm Clouds featuring Heat Stroke show on Friday night. The smell of puke and sweat filled City Market as hotter-than-hell temperatures took their toll on enthusiastic Weezer fans. I saw six people barf their brains out, and one postmenopausal woman lay on the ground as KCFD personnel took her blood pressure and she stuffed her face with some sort of meat sandwich.

I have an equation to demonstrate.

Overabundance of neck and facial tattoos accompanying missing teeth (a

Young and old alike, the offenders were everywhere, leading each other out of the center crowd of sweat-drenched Weezer-goers like zombies in search of bottled water instead of flesh and blood. People with glazed eyes and bellies full of beer littered the sides of the stage. The show continued, despite the approaching storm that never produced any cooling relief but did provide beautiful lighting giving the stage lights a run for their money.