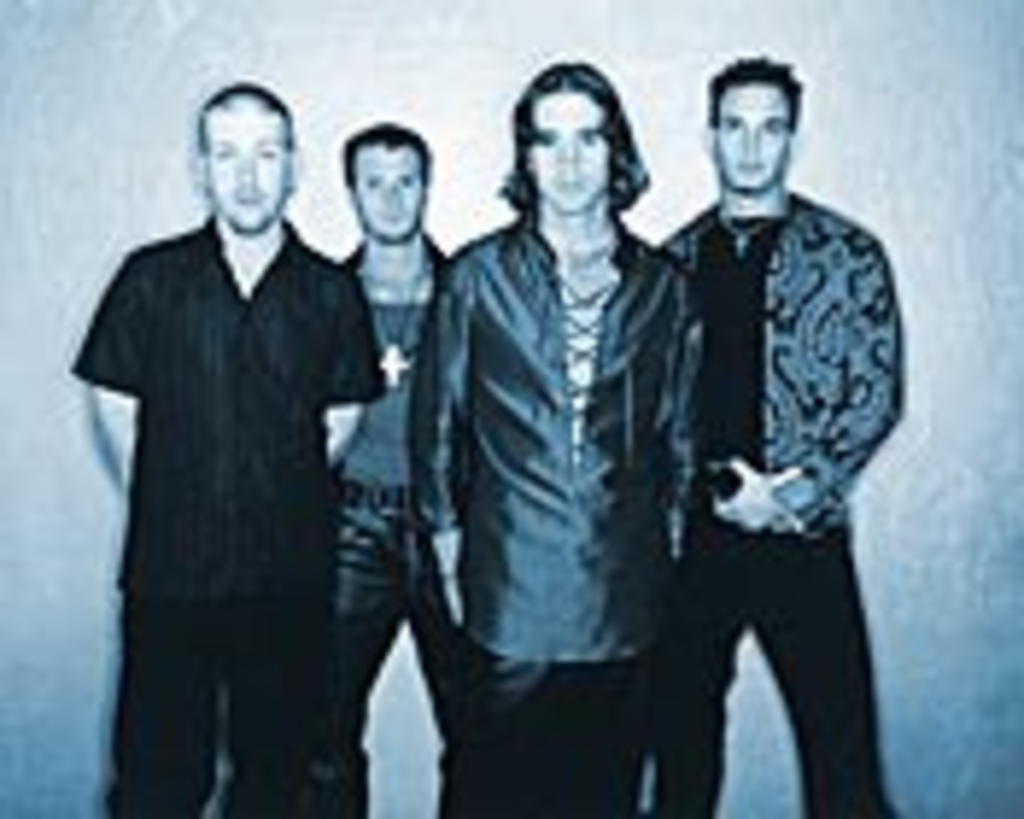 Just five days after fellow spiritual supergroup Newsboys brings its inflatable arena to an area parking lot, Creed will play to thousands of fans at a much more traditional venue. The contrast is fitting, because while Newsboys favor glitzy, dance-oriented tunes well suited for a blow-up stage, Creed plays tried-and-true, grunge-influenced rock tunes that are at home when resonating through brick-and-concrete structures. This multiplatinum act, which has ruled rock radio with a string of hit singles from its two releases, was named Rock Artist of the Year at consecutive Billboard Music Awards ceremonies. The most mainstream of contemporary Christian groups, Creed appeared at Woodstock ’99 and even lent tunes to such ungodly films as Dead Man On Campus and The Faculty before serving as executive producers on Scream 3: The Album. Sevendust, also featured on the Scream 3 soundtrack, plays devil’s advocate as the opening act by performing hard-edge tunes, such as “Bitch.” Mild-mannered, Mississippi-based up-and-comers 3 Doors Down will greet the earliest arrivals.