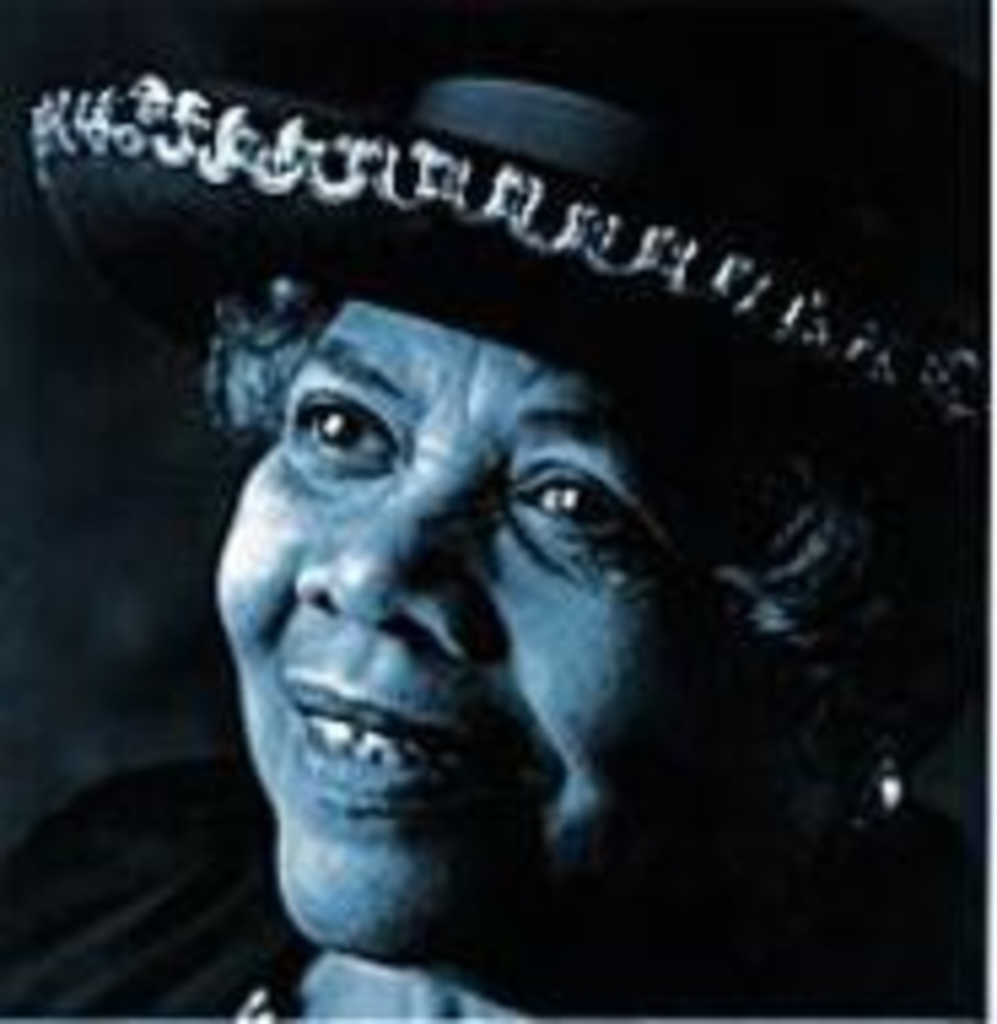 Visibly shaken, Myra Taylor struggles to recount the story of her career without bursting into tears of anger. Like many African-American artists, past and present, Taylor was a victim of coldhearted record companies that sold her songs without giving her “one cent” and publishing companies that gave credit to other artists for songs she wrote and allowed other musicians to perform her music without paying her royalties.

“I’m not bitter, but I know I’ve been done wrong,” Taylor says from the living room of her cozy apartment in midtown Kansas City’s Martin Luther King Village. She quickly clarifies that she doesn’t have any regrets, doesn’t hold any grudges and doesn’t want any pity. Still, she sometimes seethes when reflecting on the harsh reality of what she’s endured.

Taylor lives just blocks away from what is now the 18th and Vine Historic District, the neighborhood in which she first started to perform as a dancer and singer in 1932. A leading performer at the famed Reno and Sunset clubs during KC’s jazz heyday, playing alongside such luminaries as Joe Turner, Bennie Moten and Count Basie, Taylor soon attracted national attention.

She joined the USO tour, which offered an opportunity for the Bonner Springs native to experience different parts of the world. Taylor performed for Uncle Sam’s boys during World War II and the Korean and Vietnam wars. Maintaining residence in Europe and Asia, Taylor owned a bar in Frankfurt, Germany, called Down by the River’s Edge, which was nestled on the banks of the Main. “I always wanted to sing in my own bar, and I did,” says Taylor. “You can sing whatever you want when you own the place, not what the boss always wants.”

Taylor, quick-talking and humorous, makes an excellent storyteller. “I can remember stuff that happened in the ’30s better than I can remember what I did yesterday,” she says. Her memory is sharp, perhaps in part because of a chewable aid. “I saw on TV or read somewhere that if you chew gum it will help prevent Alzheimer’s,” she reveals, her jaw moving steadily. “They said whatever side of your mouth you chew on, it works that side of the brain. So I put two pieces in my mouth to work both sides.”

However, Taylor would rather focus on her future than talk about her past. “I’ll save those old stories for when I write my book,” she says about a project she has started and postponed many times. “Folks can read that when I’m not around anymore. Right now I want to talk about what I’m going to be doing tomorrow and the next day.”

Taylor keeps only a few reminders of her past — a couple of photo albums stuffed with memorabilia and a framed copy of the cover of the sheet music for “The Spider and the Fly,” the R&B classic she penned more than fifty years ago that became her signature song. Her press materials suggest Taylor is making a comeback, but she counters this assertion, saying she never left. “I may have stopped recording, but I always kept singing,” she explains.

At 84, Taylor seems to be surging. She gets more requests to perform than she can handle, but she seldom turns down an opportunity to do her thing. “I don’t know where I get the energy from,” she says. “I guess it comes from the love I have for singing. I travel some, but I mainly perform around town.” The local festivals are what she likes most, and occasionally she will return to her roots, partaking in the jam sessions at the Mutual Musicians Foundation on Sunday mornings.

For the first time in fifty years, Taylor has documented some of this exuberance in the recording studio. Sifting through a stack of unlabeled discs until she somehow finds the correct one, she eagerly plays samples from her new untitled CD, which will be released this spring on APO Records. Each song features graceful orchestral arrangements, and the melodies immediately hypnotize.

As Taylor listens, she jumps into critic mode. “The drums need to be brought up,” she says. “They are too low. I sing to the beat. I’m not a jazz singer and I’m not a blues singer. I call myself a swing singer because I sing with a beat.”

Taylor experiences a touch of sadness listening to the CD; one of its leading contributors, guitarist Sonny Kenner, recently died. Taylor sang at his funeral and is still grieving, but she smiles as she plays her favorite track, “Lady Be Good,” which features a salacious Kenner guitar solo.

On the CD, Taylor’s voice is smooth and calming, but she is quick to point out how her singing has changed. “I was a soprano, and now I’m a contralto,” says Taylor. “I sing much lower than I did back then. I used to sing happy music. My specialty was novelty songs; they were big during World War II.”

Her songs might not qualify as “happy” anymore, but the word aptly describes Taylor’s glowing personality, and nothing gives her more pleasure than creating new tunes. Music has always been her first love, and writing fresh material is a part of her daily routine. Stacks of scrap paper are strewn about the apartment, most of them covered with lyrics she has recently written. Piles of cassette tapes, many unlabeled, contain her works in progress. She confesses that she often stays up until 3 a.m. writing and recording demo versions of her songs using a boom box. “I’ve been a singer and songwriter my whole life,” she says. “All I know is to stay up all night. Those are a singer’s hours, you know.”

Taylor recently added another project to her hectic schedule, forming The Wild Women with well-established local vocalists Mary Moore, Geneva Price and Millie Edwards. Taylor is as popular and as busy as she has ever been in her 69 years of entertaining, and her revamped career proves it’s never too late for an artist to achieve her goals. Taylor’s 1940 recordings with Harlan Leonard on RCA and Bluebird have been re-released, and she will be featured on this year’s Kansas City Blues & Jazz Festival commemorative poster. A new parking facility located on the corner of 18th and Woodland in the jazz district will be named after her song “Take It Easy Greasy” (an unusual validation of her work), and she plans to record more material this summer.

Is all of this recent fuss over Taylor enough to ease the pain of past wrongs? She says no, and although she appreciates the attention, she maintains that popularity doesn’t mean that much to her. She is a seasoned vet, a legend and a professional with hall-of-fame credentials. All she really wants now is her due respect. So save your tears; her story ain’t sad — it’s real.