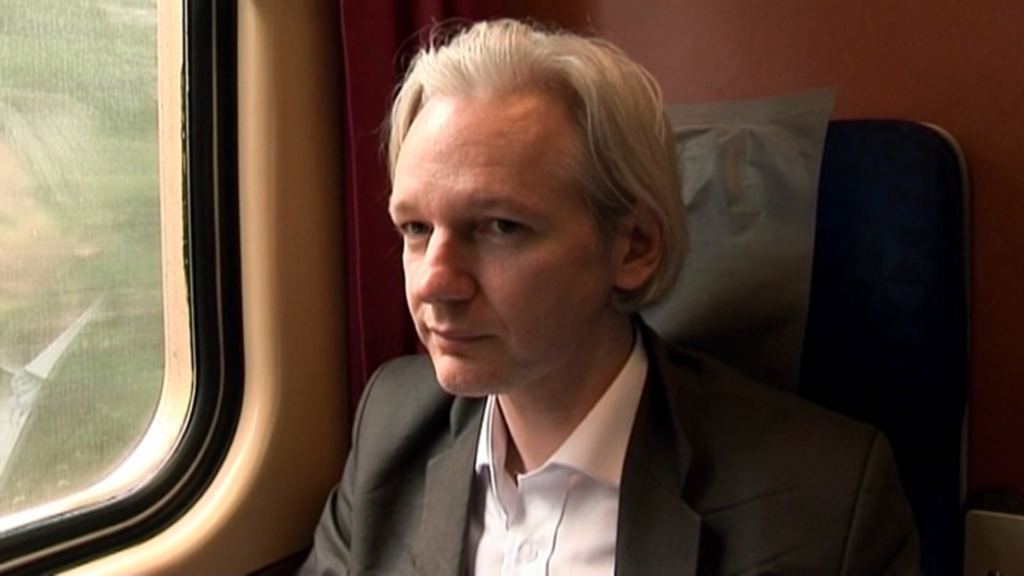 The timing of We Steal Secrets, filmmaker Alex Gibney’s documentary on WikiLeaks, now seems more up-to-the-minute than anyone could have planned.

It probably was no accident that Focus World began issuing the film (in theaters and through video on demand) the same week that one of its major protagonists, Army Pfc. Bradley Manning, was set to begin his military court-martial, charged with distributing military and diplomatic intelligence data through Julian Assange’s WikiLeaks website. But not even a Manchurian Candidate true believer would have predicted that a separate government-leak story would break at the same moment, that of PRISM, the National Security Agency’s vast Internet surveillance system for collecting e-mails, phone calls and Internet records from U.S. citizens.

Naturally We Steal Secrets doesn’t include CIA leaker Edward Snowden, whose story is still developing and who seems to have no connection to WikiLeaks. But it’s productive to consider Snowden and Manning together. As we wait for the military court’s verdict — the chief charge against Manning (the as-yet-unproved “aiding the enemy”) could draw the death penalty or life in the brig — the fact of the Snowden leak could well alter Manning’s fate. That is, the Obama administration, the media and the military have worked in concert to take the larger problem regarding security, secrecy and the right of public access, and give it a human face — in the most negative sense. Focusing on Manning has served to isolate the media outlets that published (and benefited from) Manning’s leak — The New York Times, The Guardian (U.K.) and Der Spiegel (Germany) — from legal responsibility.

Gibney (Enron: The Smartest Guys in the Room; Taxi to the Dark Side) makes this point in passing as he wonders why Manning alone bears the brunt of the Obama administration’s wrath. Partly, of course, it is because he is a soldier, and military justice is subject to certain legal vagaries. And certainly, prosecuting a soldier for stealing classified material represents a far more solid effort than, say, trying a First Amendment case against the Times for publishing it.

Manning himself is an easy target for a stern administration: a gay, left-leaning soldier with a recorded history of clashing with superiors. But Gibney’s film, while clearly sympathetic to Manning, errs by casting the story of WikiLeaks not as a confluence of historical events but as the tale of Manning and WikiLeaks founder Assange as two benighted men bound by fate. We Steal Secrets ends up implicitly equating the two men, but they are far from equal. One of them is under self-imposed “house arrest” in the Ecuadoran Embassy in the U.K., delivering a weekly talk show for the Russian RT News network. And one of them joined the military as an act of near suicidal desperation, was horrified by what he saw, and now may face a firing squad.