We are now the proud holders of a tuba-related world record: Best of KC 2019 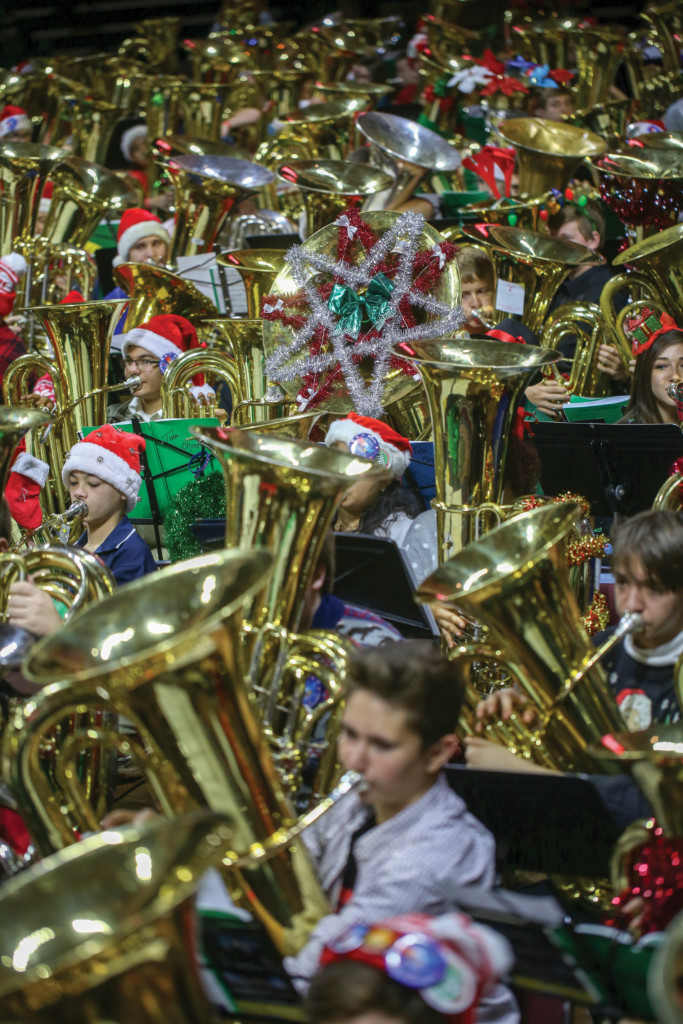 The largest tuba ensemble ever assembled, and it happened at Municipal Auditorium. // Photo by Jim Barcus.

Silver bells are OK for some around the holidays. But the truly galaxy-brained among us have access to a deeper truth: Brass is Best. The Kansas City Symphony has hosted TubaChristmas annually for over a decade now—the symphony’s former executive director, Frank Byrne, is a tuba player—but for its 11th anniversary, the group went big. Like, literally Guiness World Record big. Last December, more than 800 tuba (and euphonium, and baritone, and sousaphone) players—835, to be exact—gathered at Municipal Auditorium, where, led by the Kansas City Symphony, they broke the Guinness World Record for largest tuba ensemble while performing “Silent Night.” It was a glorious sight to behold. As the conductor’s arms rose, so did a wave of bells, like cannons poised to fire. The youngest tuba player was a sixth grader, the oldest an 86-year-old retiree; they wore Santa hats and ugly sweaters; tinsel, ornaments, and string lights decorated their instruments and stands. Official Guinness adjudicators roamed the ensemble, checking to make sure enough players played simultaneously long enough to surpass the previous record of 502 tooters set in Disneyland in 2007. Sorry you missed this small slice of local history? Here’s some brass lining: The tuba party returns to Helzberg Hall this winter, on Monday, December 2, and Friday, December 6.