Yes the Grandmaster Flash. The first man ever to use the turntable as an instrument was kind enough to call our headquarters last week to field questions about his life, from the first record he ever cut to what’s hot on the dance floor now to his starring role in the new game DJ Hero. Without the pioneering discoveries Flash (born in Barbados as Joseph Saddler and brought up in the Bronx) made in the early ’70s experimenting with vinyl records, hip-hop as we know it today would not exist. 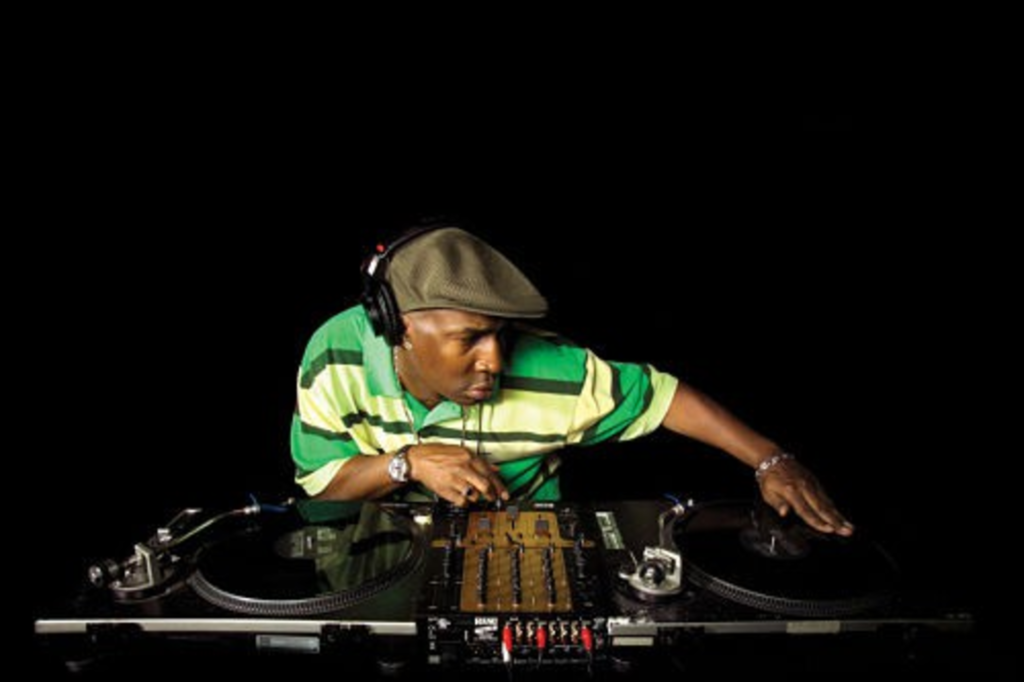 His bio puts it best: He was the first DJ to physically lay his hands on the vinyl and manipulate it in a backward, forward or counterclockwise motion, when most DJs simply handled the record by the edges, put down the tone arm, and let it play. Those DJs let the tone arm guide their music, but Flash marked up the body of the vinyl with crayon, fluorescent pen, and grease pencil—and those markings became his compass.

From there, Flash developed an array of techniques he called the Quick Mix Theory (the double-back, back-door, back-spin, phasing, etc.). This led to cutting between two records and scratching. MCs began arriving on Flash’s figurative doorstep to rap over his beats, and soon Grandmaster Flash and the Furious Five were born and would introduce hip-hop to mainstream culture through songs like “The Message.”

Nowadays, the Rock and Roll Hall of Fame inductee remains a vital voice in the world of hip-hop, performing, producing, hosting a Sirius show and interacting on all levels with the musical genre he helped create. Flash recently released The Bridge: Concept of a Culture, his first major studio album in 20 years, but what’s got him most excited right now is DJ Hero.

As a working (and request-taking!) DJ, Flash gigs all over the world and will be coming to Kansas City on Friday, July 24, to spin at Mosaic.

We (that is, I) tried not to embarrass ourselves (myself) during a wonderful, 30-minute interview with Grandmaster Flash over the phone as he seemed to be running errands around his home city. Transcript follows.

The Pitch: What was the first record (or records) that you perfected your cutting techniques with?

Grandmaster Flash: There was no one record. Any particular part where the drummer had a moment to play alone was the one that I searched for – when the drummer got to play for 10 seconds or 10 minutes. It could’ve been a black record, a white record, foreign, American, didn’t matter. Karen Young’s “Hot Shot,” was one of the first ones. Boz Scaggs was probably another. “I’m Gonna Love You a Little” by Barry White — the drum thing at the beginning. James Brown “Ain’t It Funky Now,” that incredible bongo part. “Apache,” “The Big Beat” by Billy Squier…

When you began using your brand-new DJ methods at parties and clubs, what kind of reaction did you get?

The first time, it was as quiet as you and I when we’re not speaking. Why is he doing that? Why is he repeating that? How is he doing that? My theory was if I took the section – pop, rock, jazz, funk, R&B, new, old, foreign or American – if I sort of focused on the musical landscape in the area where the drummer played on for a small amount of time [i.e., the “break”], I would have total positive chaos, but when no one understood it, I was very sad and confused. I cried for a week.

For sure! At least a week. I couldn’t figure it out. I was a kid, you know — This isn’t supposed to be happening.