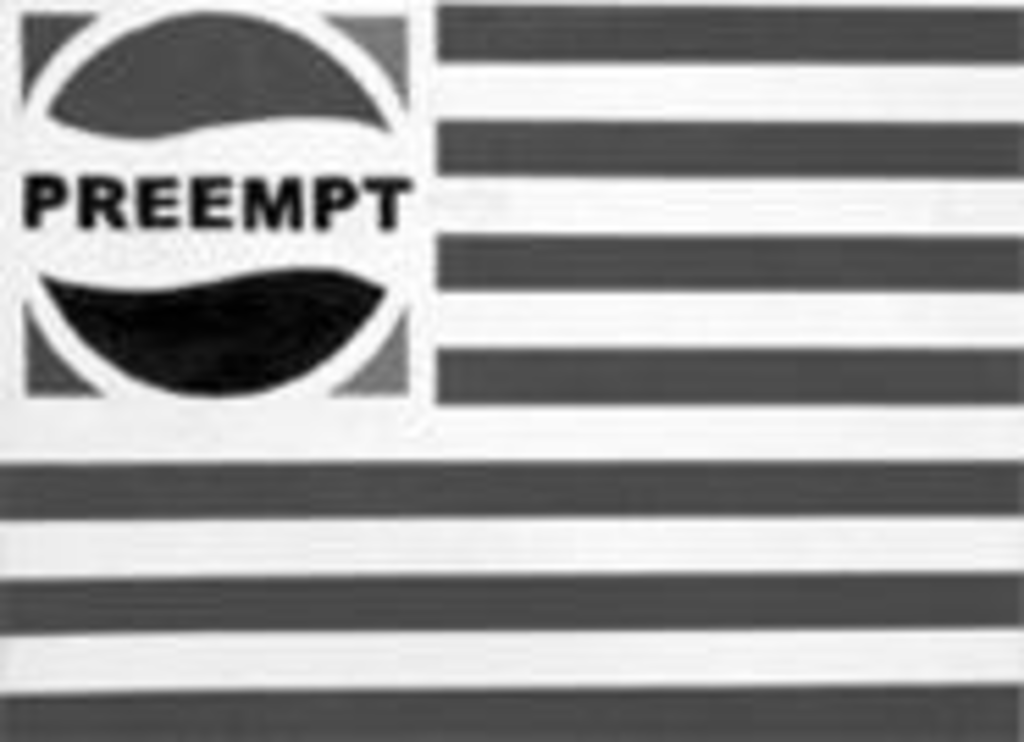 I’m supposed to like Jay Norton‘s Raze: A Declaration of Independence. It’s a liberal art show, and I’m a liberal from way back.

In sixth grade, I was mocked for being the only kid in the class whose parents voted Democratic. In the face of other kids’ taunting, sing-song opposition, I caved in for about 30 minutes, marching home and telling my parents that I was a Republican and — get this! — “pro-electric chair.” But since then, I’ve managed to grasp the distinction between what all the other kids say I should think and what I know to be my own goddamned opinion. I am a liberal. But ladies and gentlemen, gather round. I have something to say. I did not like Jay Norton’s show.

On the unseasonably temperate night of July 1, the first thing I saw when I walked into the MoMO Gallery was a burnt American flag stretched like a canvas and hung on a wall. OK, I thought. So Jay Norton burned a flag. I wasn’t shocked. No one else seemed to be, either. That’s partly because the gallery was full of liberals and partly because this was about as formulaic as a political statement could be. This piece, at face value, accomplished one thing and one thing only: It told the viewership what to expect in the rest of the work. And it set the bar alarmingly low.

I’m not saying Norton’s paintings aren’t well rendered. They are. And Norton is self-taught, which rightfully impresses. But a burnt flag — without any back story or explanation — is a sound bite. It’s a bumper sticker. It’s a nonstatement statement. It’s a line from a script that was written by Bill O’Reilly and Sean Hannity: This is what liberals do. This is what liberals call free speech. Yawn. I’m not impressed. In fact, I’m embarrassed. Can I go home now?

Because I knew before I walked in that a burnt flag would be displayed. I could see that from the postcard, and I’d read it in this paper. Free speech would be reclaimed, Norton seemed to promise in a pre-opening interview with one of my colleagues (Rebecca Braverman’s “Burning Man,” June 30). The burnt-flag canvas would enter my consciousness alongside flags that have been desecrated on Old Navy T-shirts, on Fourth of July picnic outfits, on hair ribbons and sugarcoated patriotic cake decorations.

Asserting the right to free speech is one thing. Using that free speech to say something is quite another. Fans of this show kept telling me how glad they were that someone was saying something. But nobody could tell me what Jay Norton had actually said that was so refreshing.

In this show, I saw American flags transformed to depict Coke and Pepsi logos that said “Collateral” and “Preempt” instead of Coke and Pepsi. I saw a looped video of a man falling after jumping out of the World Trade Center, with text on the screen informing me that “THIS IS THE PART WHERE YOU’RE SUPPOSED TO SCREAM.” I saw beautiful burnt-wood depictions of the American flag, one with a Klansman on it, decked out in NASCAR gear, his body plastered with corporate ads; on another, an emaciated African boy with a distended belly crouched beside a McDonald’s value meal.

But had Norton put anything into a new perspective or made me look at anything differently or even just more clearly? No. Anyone who says these are new ideas, or even that they are old ideas presented in a new way, hasn’t picked up a single copy of Adbusters, ever.

Let’s be honest. We’ve all seen this before. If we say it’s good enough to recycle the same old juxtapositions, then nobody needs to bother taking away our free speech. We’re not doing much with it anyway.

The most compelling image in the show is an iconic image from Vietnam: the naked girl who’s just been napalmed and is running away screaming. Norton has painted a pink tutu or princess dress over her body, superimposing a costume of innocence over her already innocent body. It’s disturbing. I’m not sure I understand it, but it’s truly haunting, and it’s different from anything I’ve seen. I wish there had been more like it. Burnt flags are just distractions, kind of like the Bush administration’s eagerness to talk about Mars. Whatever, dudes.

For the rest of that First Friday, I felt like the character in Dr. Seuss’ Green Eggs and Ham. Everywhere I went, people were encouraging me to stop by and see Jay Norton’s show. When I told them that I had already seen it and wasn’t impressed, they looked at me in disbelief. Would I like it in a box? Would I, could I, with a fox? Would I like it here or there? Would I like it anywhere?

Well, I have explored all of those possibilities. The fox and the box didn’t really work out for me. I even asked around, got some different opinions.

I put in a call to Tim Brown, who runs the Telephone Booth Gallery, the first place I saw and liked Norton’s work, about three years ago. Brown spoke highly of Norton’s progress as a painter. And then I asked if he could tell me what the paintings said, on a purely visual level. “I think the best paintings do stuff that’s not obvious,” he said. “It’s a weird thing that clicks intuitively.”

I can dig that. Art should be intuitive. But politics? I expect good politics to appeal to more than just my gut. I want more than a vague sense that I agree with what I’m seeing.

Then I talked to Norton. “I’ve always wanted to burn a flag,” he said. “Not because it’s cool but because I think it has a ton of symbolic power. It’s an outrageous thing, and it makes you think about what freedom means.”

How did it feel?

“It felt weird, and it felt pretty cool in a way to really have exercised political freedom. I knew that it was going to be the apex of the show, the crowning achievement. If I didn’t do it, the rest of the show would be flatter. It’s like, you can do whatever you want, but you better not burn a fucking flag.” He mentioned the use of the flag on Old Navy shirts and brought up the point that, technically, someone sitting in mud wearing patriotic shorts has desecrated the flag. “Where do you draw the line?” Norton asked. “I don’t think you should. The flag is a symbol. You can’t sell out true freedom to protect the symbol of freedom.”

I’m fully prepared to give Norton credit for putting his work out there and for letting the few of us who didn’t like it challenge it, engage it and have an important conversation about it. But focusing on symbolic freedom of speech prevents Norton himself from exercising substantial freedom of speech.

I ran into local artist Jim Woodfill shortly after I saw Norton’s show. He hadn’t seen it yet, so we made plans to go back together. When we met, he excitedly told me that his teenage daughter Annie had been by the MoMO for a punk concert, and she’d mentioned the Norton show that she happened to see while she was there just the night before.

Annie doesn’t think that burning the flag is un-American. She doesn’t agree with those who want to change the Constitution to outlaw flag-burning. But she’s kind of bothered by the show because she wants to be able to disagree with the current administration and still embrace the flag as something that represents her, a dissenting American — not just the jackasses in charge.