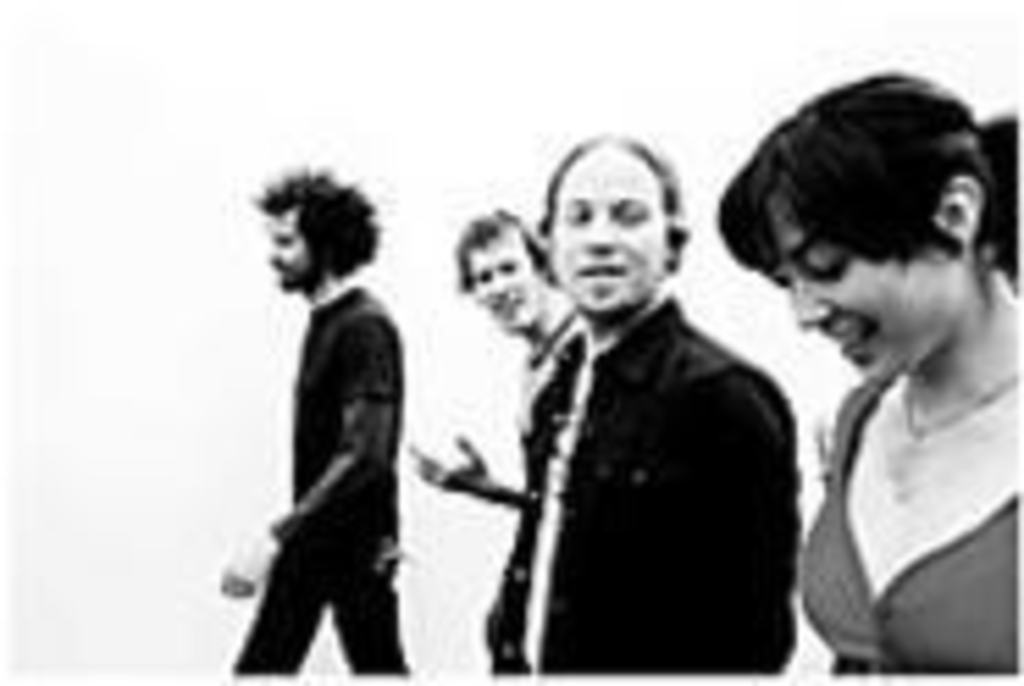 By now, every music rag worth its hipster salt has trumpeted the Bay area quartet Rogue Wave as “the new Shins.” The label isn’t entirely implausible: Besides having toured with the Garden State poster children last summer, the two bands share a record label (Sub Pop) and an affinity for effortlessly crafted music indebted to melodic ’60s psych-pop and indie-rock quirkiness.

Nevertheless, casually comparing the groups misses the nuances that make Rogue Wave satisfying and original — even if the band can’t quite seem to shake some dubious previous comparisons.

“The funniest one I ever read … was one of the very first reviews we got before Sub Pop or any of that stuff,” frontman Zach Rogue says while driving from New Mexico to Colorado. “Some guy wrote that he loved the album because it reminded him of late-’80s stuff like Toad the Wet Sprocket and the Gin Blossoms. I was like, what?

“My family read that, because it was when I first put it [his first album, Shadow] out, so [any] review was, like, shocking,” he continues. “I still get shit from that from my parents all the time. They’re like, ‘Hey, you’re getting so close to Toad the Wet Sprocket. You’re getting really good.’ I don’t want to take away from those bands … but it’s just, like, shit —oh, no.”

Despite Shadow‘s sterling songwriting, however, Rogue (whose real last name is Schwartz) didn’t originally set out to make an album. Rogue flew to Woodstock, New York, to track demos while still a member of the Desoto Reds simply because he felt the need, he says, “to complete some song ideas.” When those rough mixes coalesced into fully formed tunes, an album seemed like a good idea. Rogue promptly quit the Reds and in 2003 self-released Shadow to friends and scattered San Francisco record stores.

“I spent a long time trying to figure out what would make sense, because emotionally, I wanted to take the listener somewhere,” he explains. “There’s lyrical themes that go throughout. But also in terms of dynamics, of quieter-louder songs, I want it to be a thing where it takes you somewhere. I wanted there to be a real buildup. That was very conscious on my part. I remember when I first got Pavement’s Slanted and Enchanted — I mean, that’s one of the most perfectly sequenced records ever. It just seems like those songs had to go in that order.”

Pavement is an artistic foundation for Rogue, but during his childhood he absorbed everything from psychedelic ’60s pop to Simon and Garfunkel, the Beatles, the Byrds and the Kinks. Later forays into Duran Duran fandom (“I remember being in elementary school listening to Rio,” he says, laughing) begat obsessions with R.E.M., Guided by Voices and Pavement, which became the influences that sparked his drive to be a musician.

“The way I felt playing music, I just felt like my life was incomplete without that,” he says. “When we perform as a band onstage … I feel like my life makes sense.”

Rogue soon discovered that pouring all the pent-up anxieties and insecurities of a shy teenager onto a page before transforming those feelings into music was a release valve that allowed him to make sense of a confused world.

“That came from a very early age,” Rogue says. “Not the need to have people like me … but just the need to perform and express myself, some of the melodies in my head, to get them out. It helps me with my antisocial behavior. If I exorcise those demons a little bit that are in my mind, it puts me at ease a little bit so I’m more comfortable around people.”

He found kindred spirits at Sub Pop. A San Francisco friend passed Shadow to an A&R man at the label, who came to see Rogue Wave in Seattle — one of the band’s first shows outside the Bay area. The label liked what it heard and encouraged Rogue to sign on the dotted line. He was cautious about working with a label. “All I hear as an outsider is all the horror stories,” he says. But Rogue found the tightknit, familial atmosphere at Sub Pop reassuring.

Sub Pop released Out of the Shadow last summer. And after the current tour is over, the full band will begin recording the follow-up. Rogue has only vague ideas about the sound of his new songs — some are “really quiet,” others are “really heavy” and some “just sound weird.” He prefers to let the music unfold naturally in the studio, so that Rogue Wave can develop organically and find distinction beyond being the next Shins or (shudder) Toad the Wet Sprocket.

“Well, you know, I think sometimes bands, they want to have a sound,” he says. “And, for me, the ultimate template for an album that doesn’t do it is the Beatles’ White Album. Anything goes. That whole album, to me, describes every genre of music that there was up to that point.

“I like that idea, where your band doesn’t have a sound necessarily,” Rogue continues. “Each song is an opportunity to explore a new sound and not spend so much time sounding like one stylistic way, but leave the doors open a little bit and not worry about anything except that individual song, pushing the envelope for each song.”