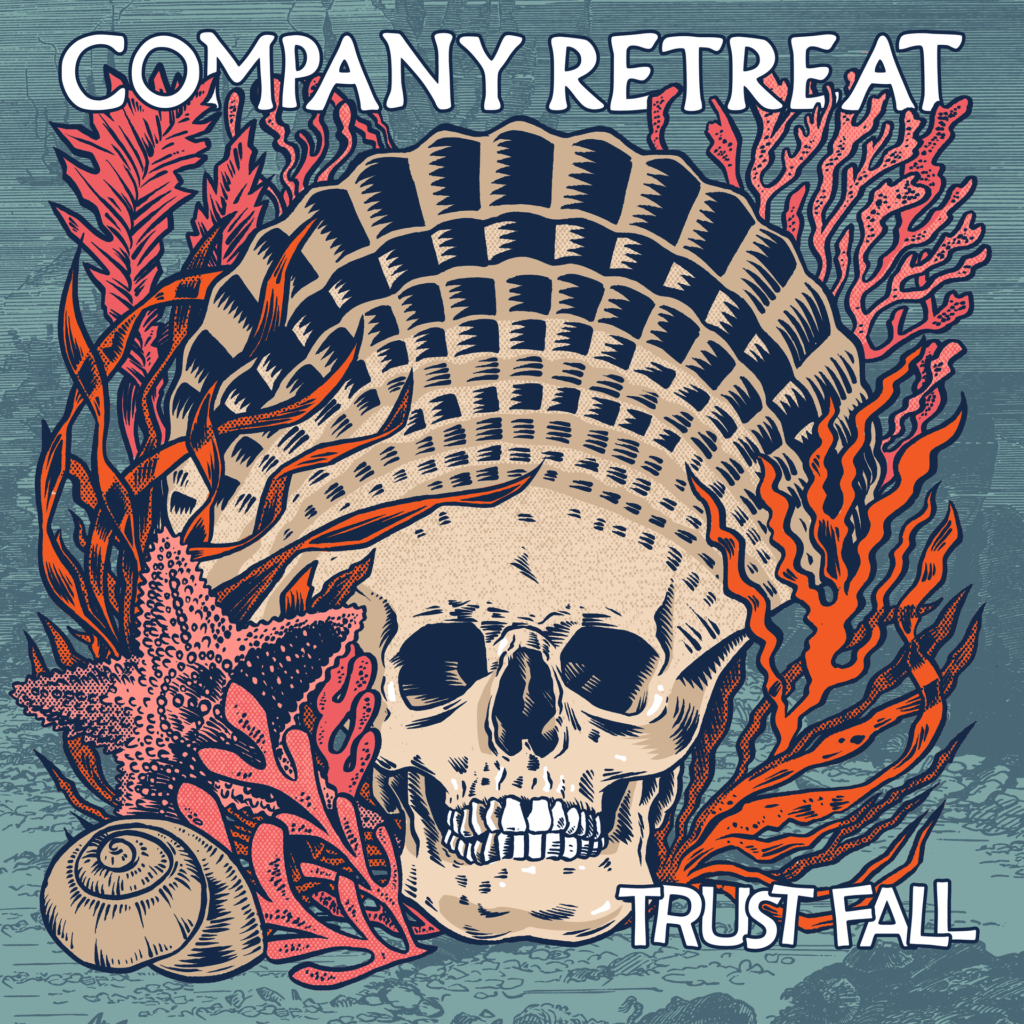 Kansas City punk rock quartet Company Retreat has a new video for its song “Analysis Paralysis,” and we’re excited to premiere it below.

It’s the first track off the band’s new five-song EP, Trust Fall, which is the follow-up to last year’s self-titled debut LP. The Paul Gibson-directed video sees the band doing its best Weekend At Bernie’s, with drummer Josh Nelson in the titular role as the band plays on the shores of Weatherby Lake.

As Nelson said via email regarding the cinematic inspiration: “It’s a modern masterpiece that chronicles the plight of a generation of young, deluded status seekers and inculcates the importance of putting the party before the funeral. That pretty much sums up our band’s entire purpose.”

Surprisingly, despite being forced to be dead for the duration of the “Analysis Paralysis” video, Nelson wasn’t the one who was in any danger. At one point, bassist and vocalist William Malott nearly immolated himself while downing a flaming shot over the drummer’s motionless body.

“Josh came out unscathed but I set myself on fire,” Malott says. “While trying to blow out the lit shot glass, it spewed flaming liquor all over my hand, shirt, and pants. I blow too hard, apparently. Not shown was my selfless and heroic run to jump in the lake, sparing friends the pain of burning booze fire.”

Not to worry, however, as all of Malott’s arm hair has grown back.

“Anything for the beach,” he says.

The Trust Fall EP was recorded with Gabe Usery at Encapsulated Studios in St. Louis from May to July, earlier this year, and will be available via all digital outlets such as iTunes, Spotify, and Amazon Music, starting Friday, November 30. Company Retreat teases that they have some “big plans for summer 2019” and may press vinyl at that point, so keep an eye on their Facebook for further details.