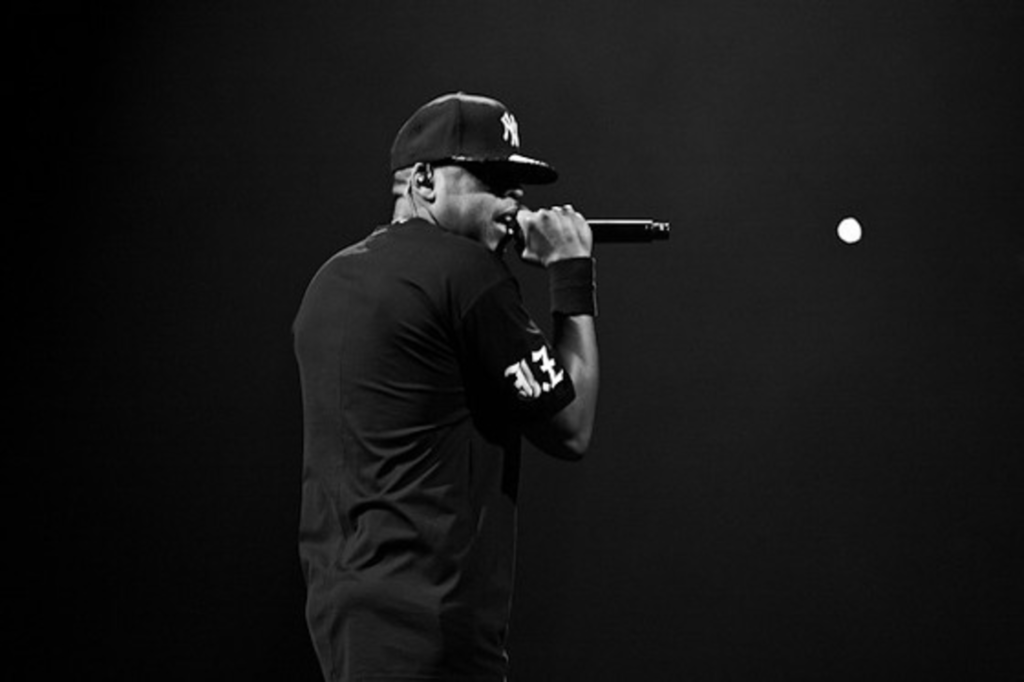 Well before the Throne was Watched last night at Sprint Center, the concourse was heavy with the stench of weed and cologne. A haze of smoke hung above the jittering crowd. Everywhere you looked: tight miniskirts. A group of 19-year-old sorority girls toting Coach bags huddled together in the middle of the foot traffic, rehearsed smiles glued to their faces, waiting for a camera to flash. Two guys with red XL hoodies bearing with the words “HITM BOYZ” strode past, shaking their heads. Over by the QuikTrip snack area, a legitimate Jay-Z-Beyonce look-alike couple basked in gawkers’ glow.

Past the curtains, inside, on the floor of the arena, a smaller, secondary stage had been planted on the opposite end from the main stage, and it’s there that Jay-Z materialized after the lights went black a little after 9 p.m. Then Kanye West emerged on the main stage. Green and pink prisms of light shot across the crowd, and they blasted into three or four straight Throne cuts, shouting alternating verses at each other from their stage islands. Their respective platforms elevator-ed up about 50 feet in the air. Menacing Rottweilers were projected onto the video screens. Jay and Ye were towering above us all, encased in pyramids of light, spitting fast and hard. The crowd was one big fucking sea of shaking bodies. Ahhhhh, maaannnnnnn, you shoulda been there.