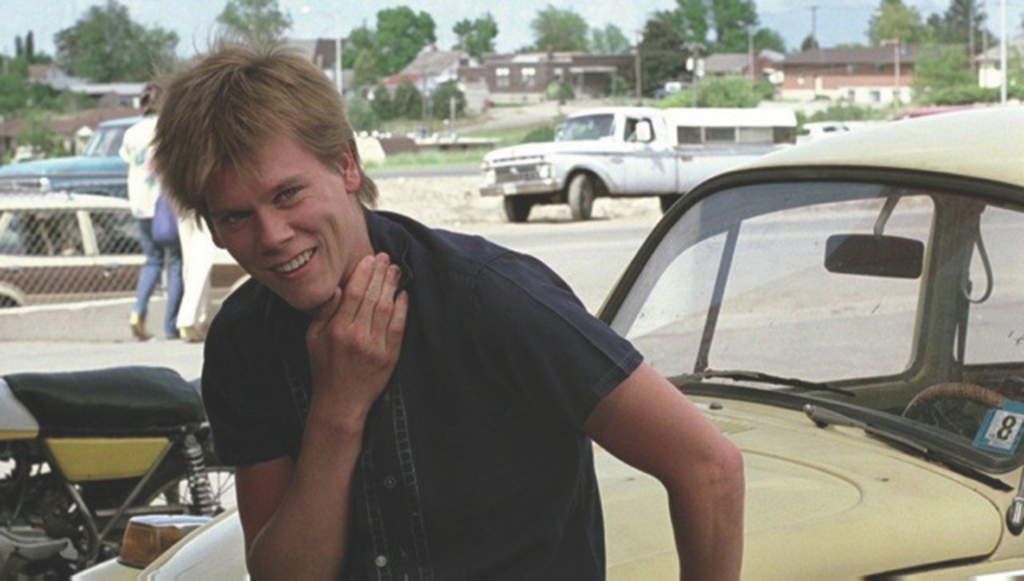 “We danced our asses off.”

So says Ren McCormack, the coolest high-schooler in movie history. Coolest because he’s played by Kevin Bacon, who was 25 when he starred in Footloose – old enough to convey with his performance that school dances really are the stuff of Ecclesiastes.

The next best thing to a high school dance is, of course, a free outdoor movie on a warm summer night. And if the movie happens to feature a distinctive soundtrack, and if movie and music are both turning 30 this year, and if movie and music come at you on a downtown rooftop where you’ve drunk a little complimentary beer – well, then, you’re at Off the Wall. It’s the time of year when the Kansas City Public Library trades its suit for some board shorts and lets the occasional movie-delivered F-bomb reverberate from its terrace, and this time The Pitch is throwing in as co-sponsor.

This season’s lineup, dubbed “1984: Rave New World,” starts with Footloose (Friday, May 23) and also includes Breakin’, Purple Rain, Repo Man and Stop Making Sense. I’ll be at all of them, comparing notes on each movie with KC’s premier film brainiac, Robert W. Butler. The Independent Filmmakers Coalition of Kansas City screens a local short before each feature, KC Bier Co. gives you samples, there’s a Milwaukee Delicatessen special at mypitchdeals.com, and we spin ’80s classics before the sun goes down.

Right now, the forecast includes a chance of rain. No problem: Off the Wall simulcasts the movie inside the library, in the roomy and perfectly dry Helzberg Auditorium, just off the rooftop terrace.

Parking in the Library District garage, at 10th Street and Baltimore, is free with validation from the library. Bring your ticket inside.

Off the Wall is at the Central Library, 14 West 10th Street. Doors at 8 p.m., movie shortly before 9. For details, see kclibrary.org.