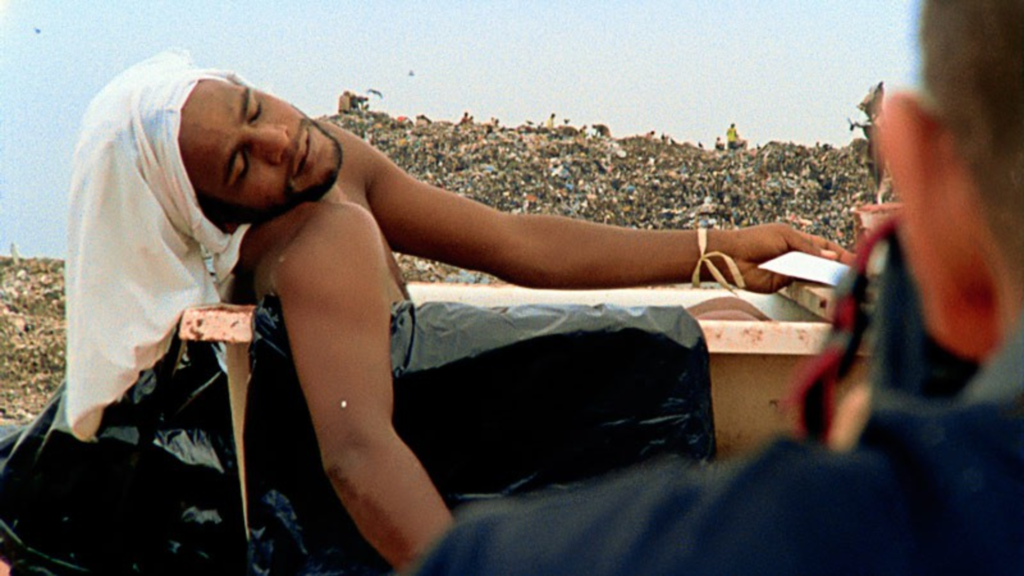 A fascinating look at the complex intersections of art and charity, Waste Land follows celebrated New York artist Vik Muniz back to his native Brazil, where he’ll work with outer Rio garbage pickers on an ambitious art project.

Ostensibly called to “give back” to the impoverished region from whence he came, Muniz finds that the individual lives he encounters are far more complex than the morbid hordes he’d expected. These “catadores” aren’t faceless bottom feeders but proud laborers, who’ve chosen the dirty job of hand recycling over drug trafficking and prostitution.

Director Lucy Walker (Countdown to Zero, Blindsight) keeps the film several paces removed from Muniz, whether to capture footage that falls beyond the artist’s scope or to subtly critique both the art- and filmmaking processes. From a studio in New York, Muniz and Walker plot a story, and then we see how they represent it. It’s to their credit that the story adapts to these fiercely human characters and that Muniz honestly contemplates his irresolvable, Slumdog Millionaire–like quandary of intervention.

The resultant art and film are uncommonly moving, but Walker keeps an eye on the messy pile of life that looms beyond the frame.