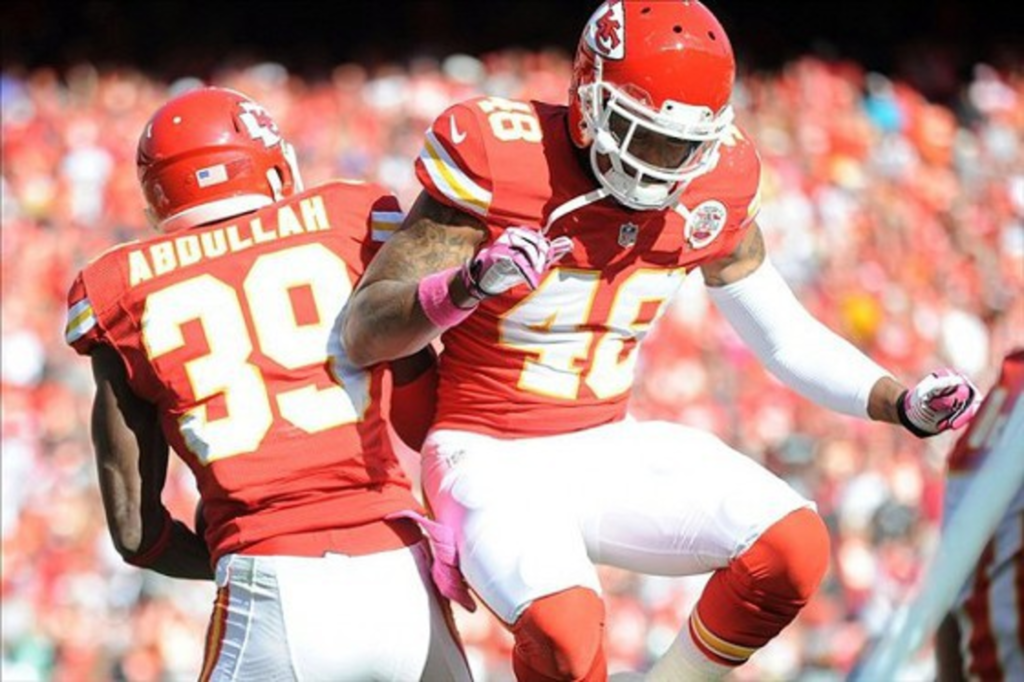 On Saturday, the Missouri Tigers football squad improbably upset the seventh-ranked Georgia Bulldogs, in Athens, 41-26. Later in the day, the St. Louis Cardinals went up 2-0 in their NLCS series versus the Los Angeles Dodgers, increasing the likelihood that they’ll soon play for a 12th World Series title. (Full disclosure: We are not rooting for the Cardinals.) And yesterday, the Kansas City Chiefs beat the Oakland Raiders and broke the world record for loudest stadium. The Chiefs are now 6-0. The Kansas City Chiefs have the best record in football. What the fuck is going on?

The I-70 Series was definitely a high-water mark for Missouri sports, but that was restricted to one sport. When was the last time the Show-Me State was riding this high? (Sportswise, of course – no need to bring our elected officials into our joy ride.) Has Missouri ever had a week this dominant in sports?