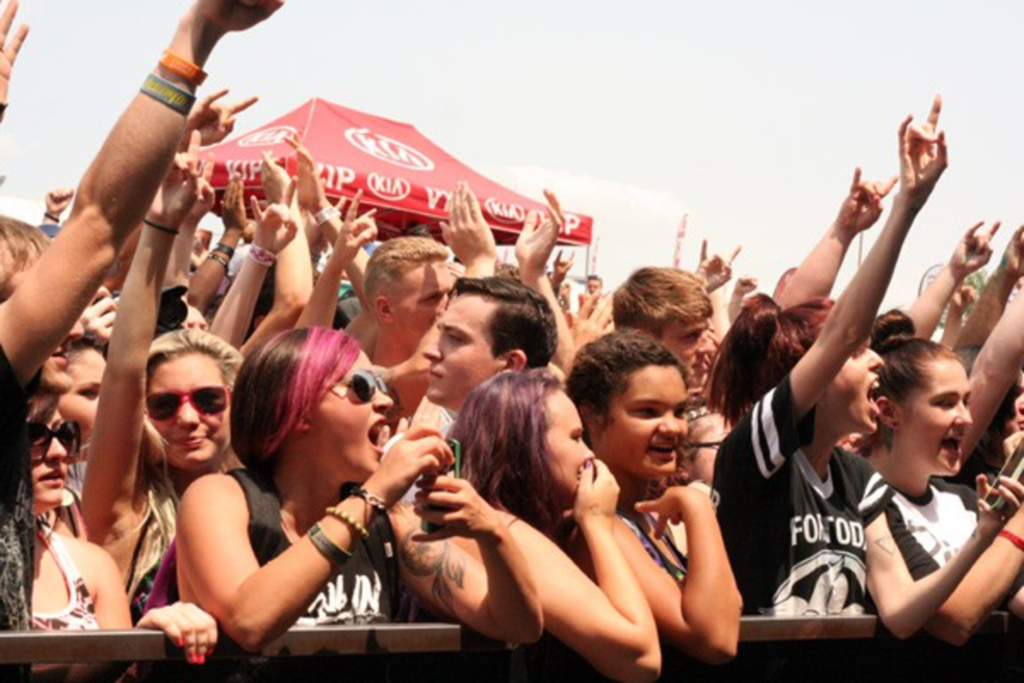 At 34 years old, I think I’m finally too old for Warped Tour. This is despite the fact that, with the weather Thursday afternoon, it was likely the nicest Warped in years. Granted, it’s still in a parking lot in direct July sun, but not as bad as it has been. Still, spending my afternoon wandering the Cricket Wireless parking lot where the festival was held, I couldn’t help but feel lost. 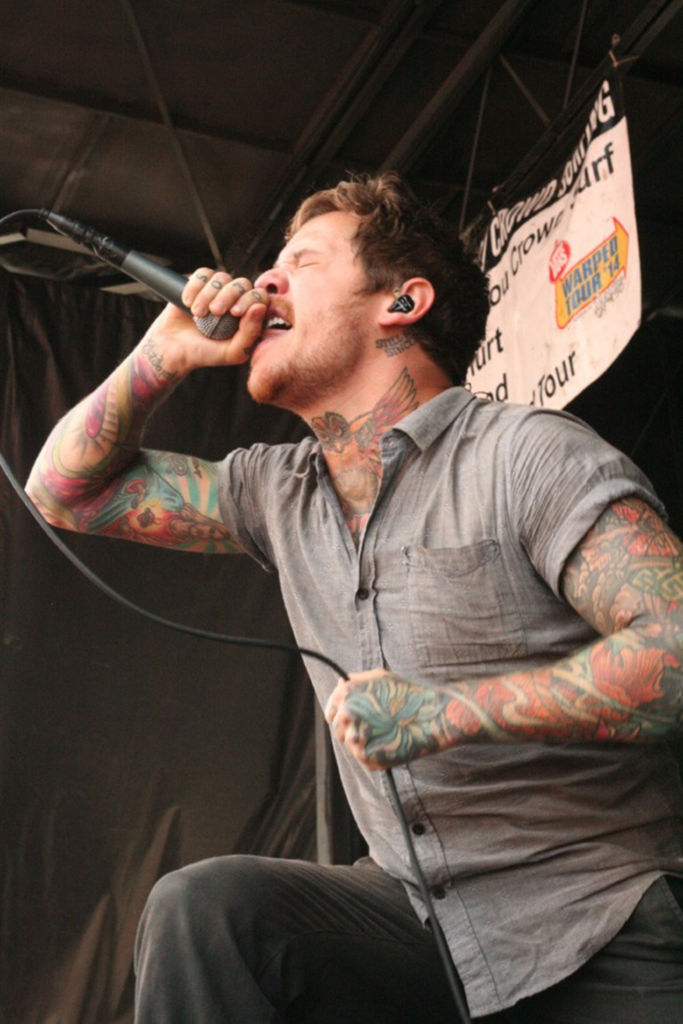 Case in point: The first band I saw, immediately after arriving, was the Devil Wears Prada. The band is energetic and heavy, and a joy to watch onstage because the group members their all from the first note until the end. However, I have lost the ability to differentiate between all bands of their ilk. 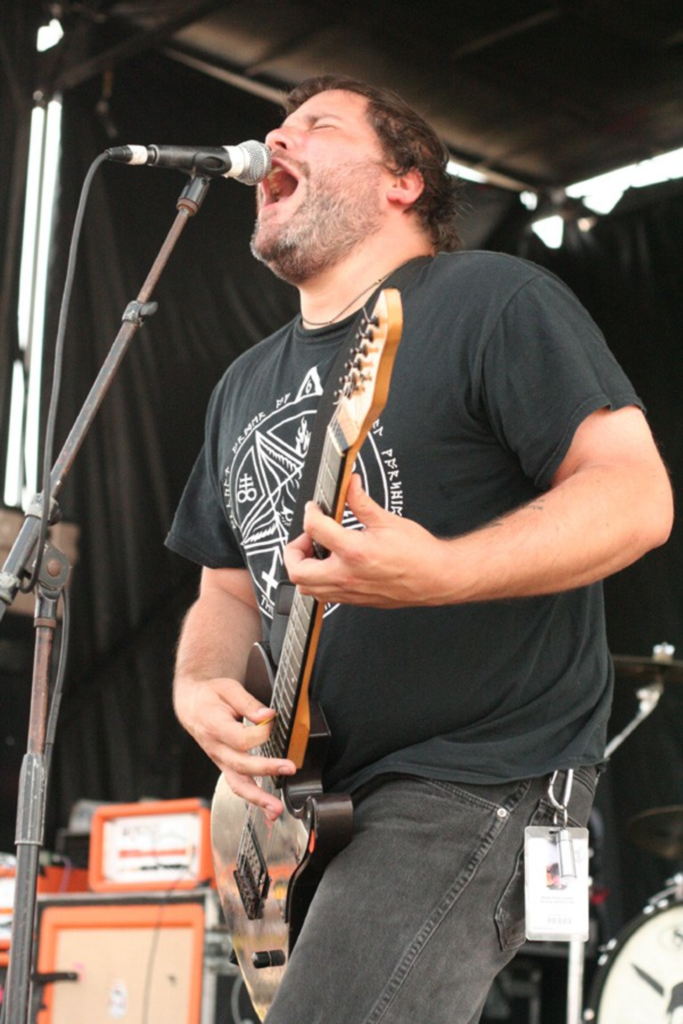 Granted, this becomes completely ironic, considering that the next band I saw was the Ramones-worshipping, pop-punk quartet Teenage Bottlerocket. However, I think they differentiated themselves from the rest of the bands onstage by virtue of their banter. To whit: They introduced themselves by way of “We’re the last punk band on Warped Tour,” and followed that up by saying, “If you have a Ramones T-shirt on at Warped Tour and you’re not seeing our band, you’re a poser.”

Both statements are of dubious veracity, but the way they cranked out “Headbanger,” “Bigger Than Kiss,” “Skate or Die,” “Stupid Games” and other cuts — interspersed with a drum solo and frequent machine-gun guitar attacks — just livened me up in a way other bands didn’t. 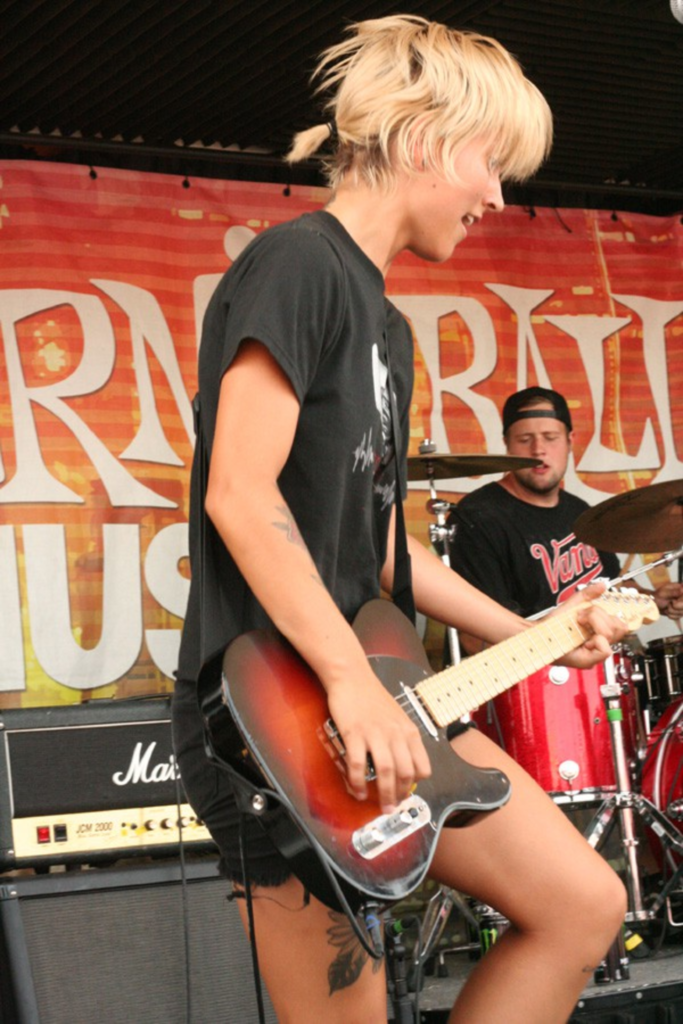 On that end, there was Ohio’s Mixtapes as a three-piece. Guitarist and singer Ryan Rockwell was gone from this show because of a car accident three days ago, which may or may not have left him with a concussion. Maura Weaver took the lead on more songs than on record, and the pop rockers persevered. It wasn’t the greatest set, and it was particularly sad because I’ve been trying to see this band live for the better part of five years. The can-do attitude was admirable, though. That said, I stayed only for about four songs before heading back to catch the remainder of Teenage Bottlerocket’s set. 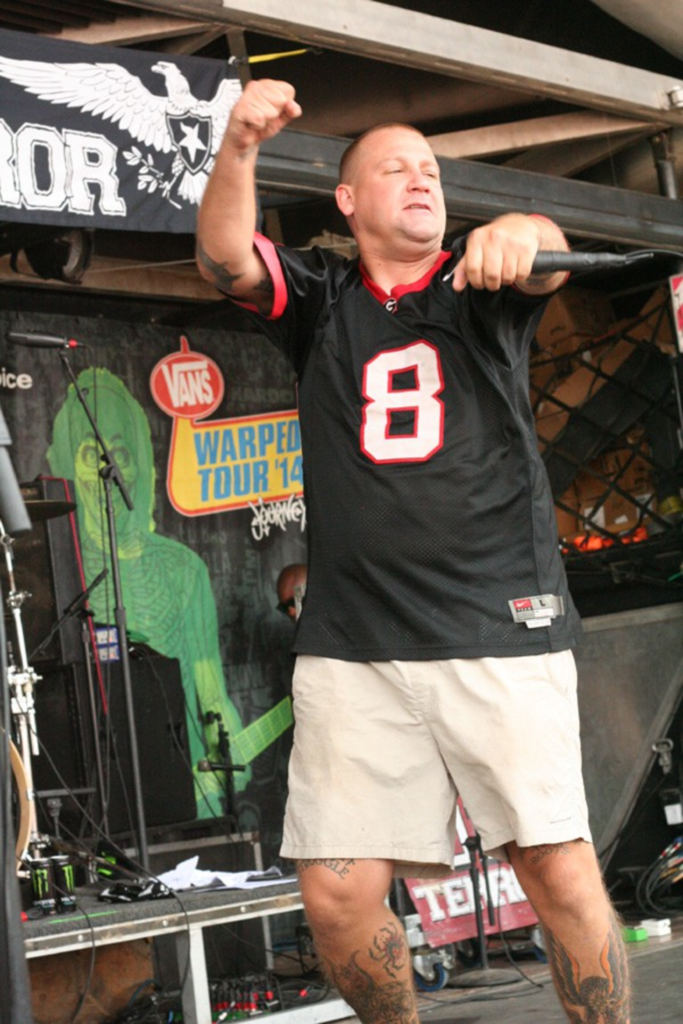 I wandered the festival grounds for a bit and caught old-school hardcore act Terror, a group that has been blasting the nation from its California home for the last decade. Again — another band I’ve been trying to see for ages, but this time, the band delivered in full. Its attack is pummelling, and the pit was bonkers. Watching kids do windmill kicks on asphalt is positively captivating. 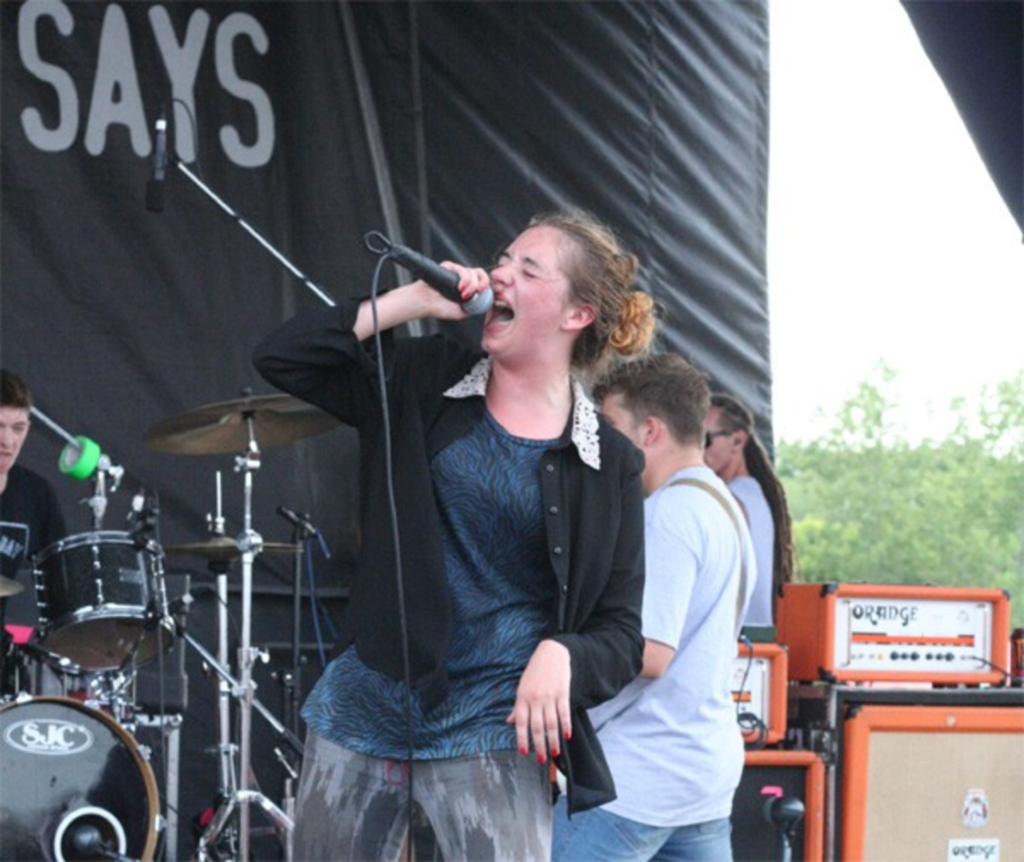 After Terror, I walked around and around, trying to find something worth seeing, and I was considering leaving — but then there was Marmozets. Holy. Fuck. The singer moves like Mick Jagger and can fucking wail, and the rest of the band locks into a groove while also just pounding out riffs. The low end sounds like Rage Against the Machine, but above it, the group rocks like nobody else. It’s hard to explain, but suffice it to say, it roped in everyone who walked by. People were positively gobsmacked, and rightly so. I’ve never seen quite so many audience members shake their heads in disbelief at a discovery like this. Also, Marmozets was having fun. This is a band that enjoys being onstage, and has fun with the whole metal scene and its cliches, doing everything up to and including ending the set with a proper curtsy. 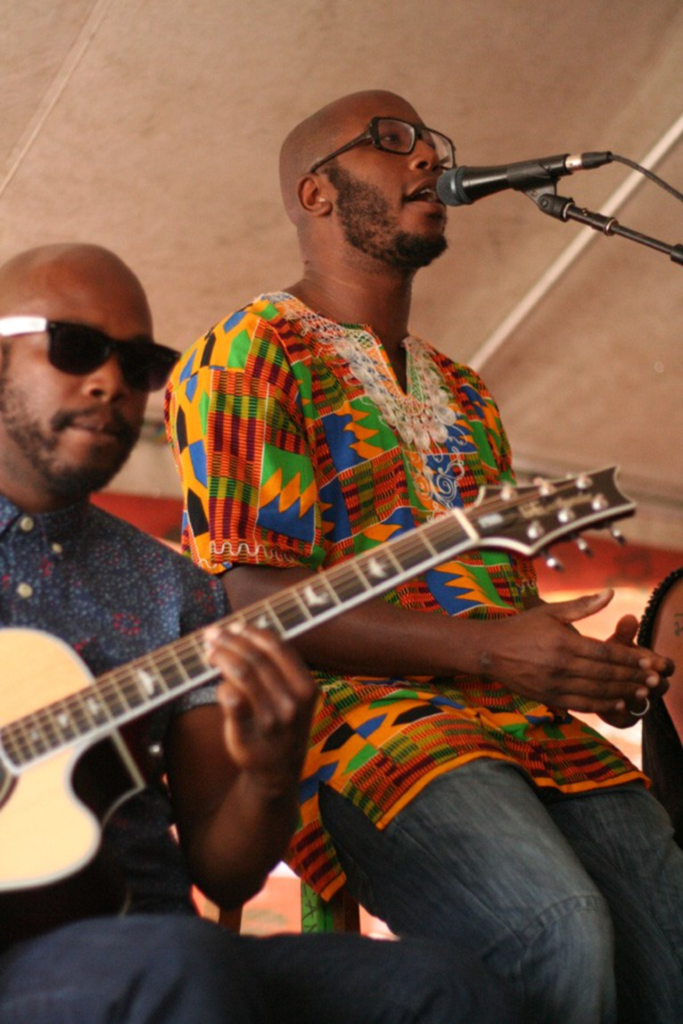 Then, immediately after, I saw Bad Rabbits playing acoustic. The melodies and harmonies — always strong — really shine in this environment. Their cover of Smashing Pumpkins’ “1979” was a gentle wash of beauty, much needed in a day of riffs and breakdowns. Their single “We Can Roll,” normally an anthemic groove turned into a Latin guitar quiet storm sex jam. Having seen them electric a couple of times over the last few years, it was nice to see that they can manage that R&B energy, even seated. 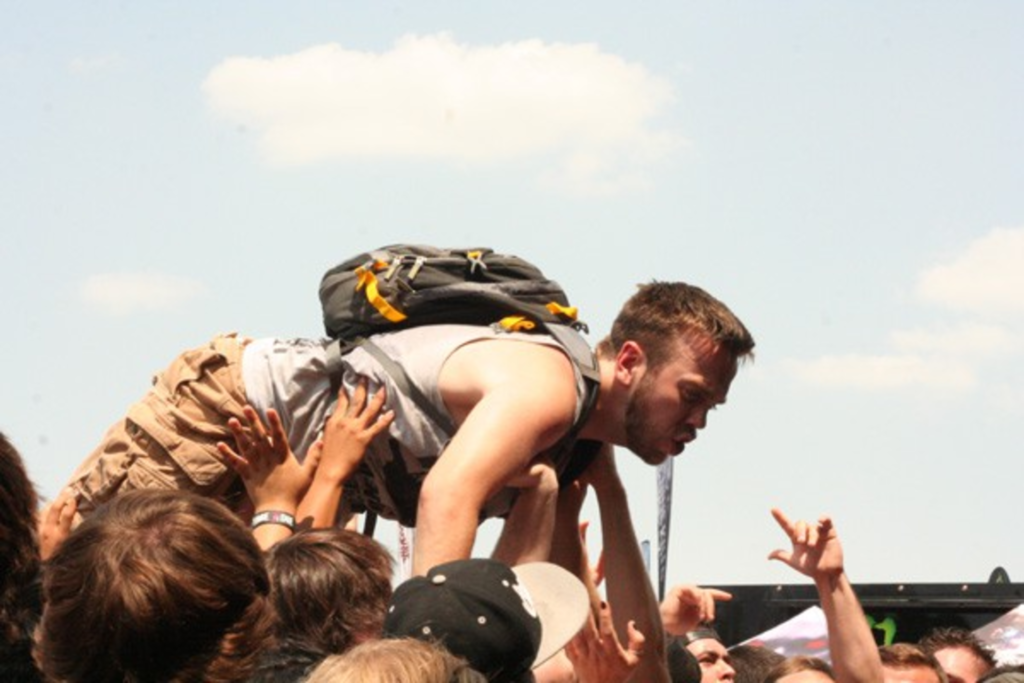 After that, I wandered more, and just couldn’t find a band that grabbed my attention. Watching some mid-20s DJ pull a bunch of high school girls onto the Beatport stage to dance to a song that was mostly a beat and the words “shake it” skeeved me out. Running into my recently graduated-from-high-school cousin shortly thereafter, then watching her and her friend run excitedly into the crowd made me feel that the Warped Tour isn’t for me anymore. 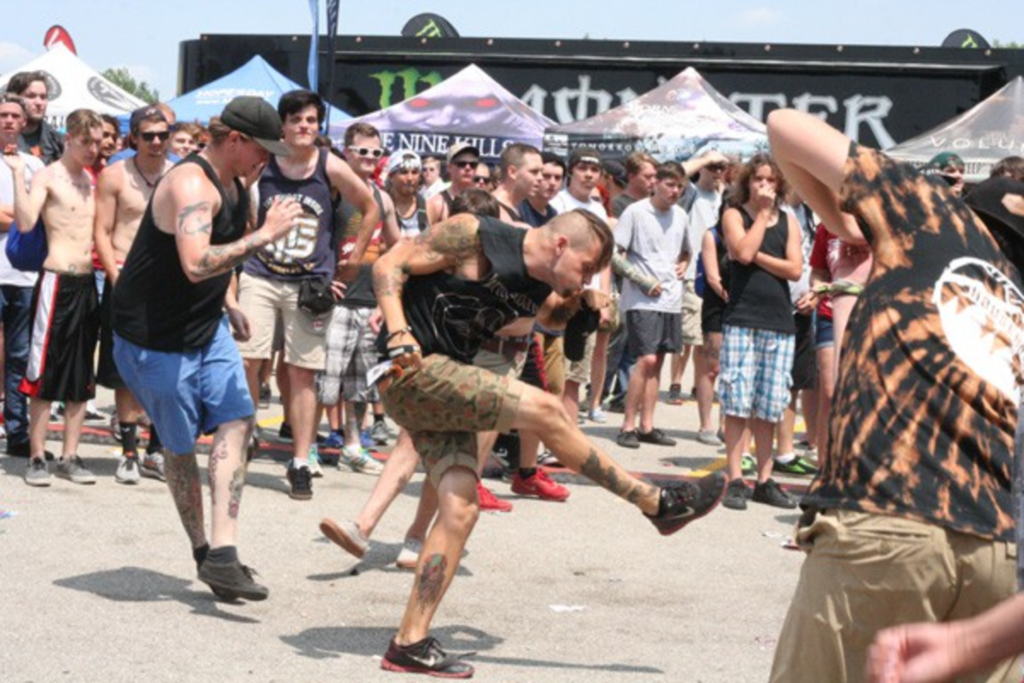 I’ll see what Kevin Lyman brings out for the 20th anniversary next year, but past that, I think we’re parting ways. Thanks for the good times. You have your fun, kids. I’ll not rain on your punk-rock summer camp any longer.