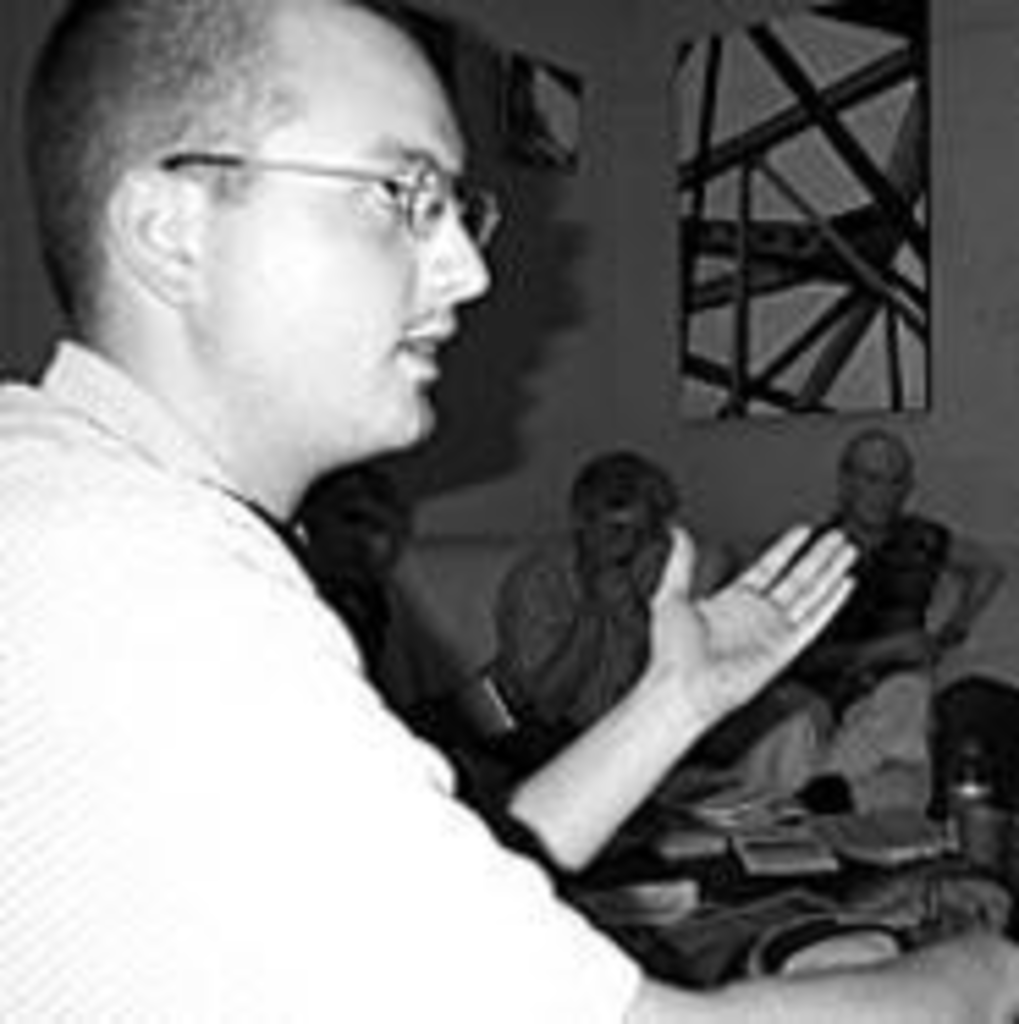 Some people who were in junior high during the Gulf War remember spouting slogans that probably caused their parents to hyperventilate — or threaten to wash someone’s mouth out with soap. “Fighting for peace is like fucking for virginity,” kids giggled before stopping to tie their Keds. Never mind that making prank calls to classmates was about as close as they got to fucking and that they had a good five years before they’d be eligible for any fighting. They were onto something.

Ryan Amundson, a Springfield, Missouri, native who lost his 29-year-old brother Craig in the September 11 Pentagon attack, echoes the sentiment more politely. “I don’t think you can get peace through war,” he says. “Wars are poor chisels for peaceful tomorrows.”

Ryan and his sister-in-law, Amber, are members of September 11 Families for Peaceful Tomorrows. In addition to staging walks for peace and speaking out against violent responses to terrorism, the group has sent representatives to Afghanistan with food and donated goods for victims of the U.S. military actions. “They’re not Taliban. They’re not Al-Qaeda. They’re just people who got caught in the crossfire,” Ryan says. “A lot of people didn’t even know who Osama Bin Laden was; they just knew they were getting bombed. We wanted to show them that American people were compassionate.”

After losing Craig, Ryan and Amber immediately rejected the idea of revenge, despite the shock they felt at the attacks. September 11 was Ryan’s first day as a substitute teacher at his old high school. When he heard that a building in New York had been hit by a plane, he assumed it was a terrible accident. After his first class, he walked through the hallways and saw televisions on in every room. “Jesus,” he says he thought. “Is this how they teach kids now?”

Although he was worried about his brother, Ryan continued to teach. “The hole in the Pentagon looked so small,” he says. “I thought the chances of something happening to him were really slim.”

Ryan remembers that when he was a kid, he always worried that the principal might pull him out of class to tell him some sort of bad news. He made it through childhood without that happening — and he shakes his head in disbelief when he recalls the principal’s knock on his classroom door on September 11. His parents wanted him to come home; they planned to drive to Washington, D.C.

“One of the first things a lot of us felt was, ‘I don’t want anyone anywhere to feel this same thing,'” he says. “Before September 11, I don’t even really think I was a pacifist. I wasn’t an activist. It changed me. It’s just, this isn’t a struggle between Muslims and Christians, or the so-called civilized world and the noncivilized world. It’s a struggle between violence and nonviolence.”

Ryan will attend Kansas City’s Rally for Real Security on the Plaza this Sunday. Considering that Craig used to drive a car with a bumper sticker that read “Visualize World Peace,” Ryan thinks this is a more fitting memorial than a call to arms. “I want to do something to honor my brother in a positive way,” he says.