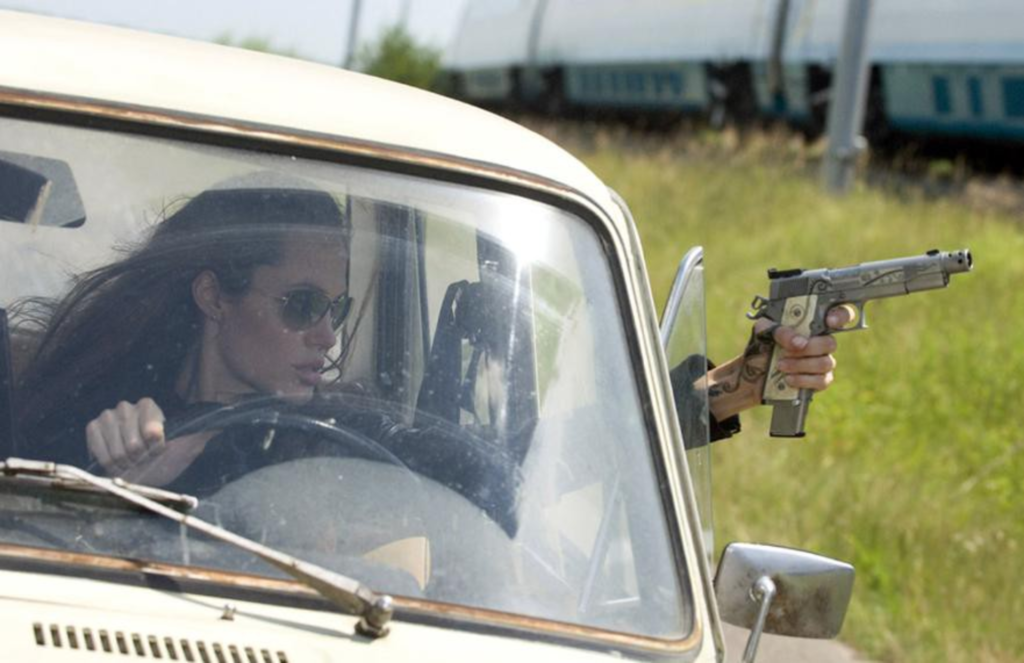 Of the summer’s many revenge-of-the-nerd fulfillment fantasies — from The Incredible Hulk to The Foot Fist Way — Wanted stands the best chance of dislodging Fight Club from young men’s Facebook pages. It has the same dizzying flipbook style, the same kicky ultraviolence, the same undeniable appeal of payback and — best of all — no irony. Fed up with your shit job, your slut girlfriend, your shriveled manhood? Do what Wesley Gibson (James McAvoy) does: Get inducted into “The Fraternity,” a secret society of assassins who preserve order by snuffing undesirables. Even with a well-deserved R rating, Wanted is the most juvenile of the summer’s comic-book movies. In some ways, it’s also the most upfront about its stunted playground machismo, though the most lethal Fraternity ass-kicker is Angelina Jolie, whose dehumanized, take-no-prisoners sexuality transcends gender. But even this Grand Theft Auto admirer can watch blood slung across the screen in fetishized slow-motion globules only so many times.