Wanna Be On Top? 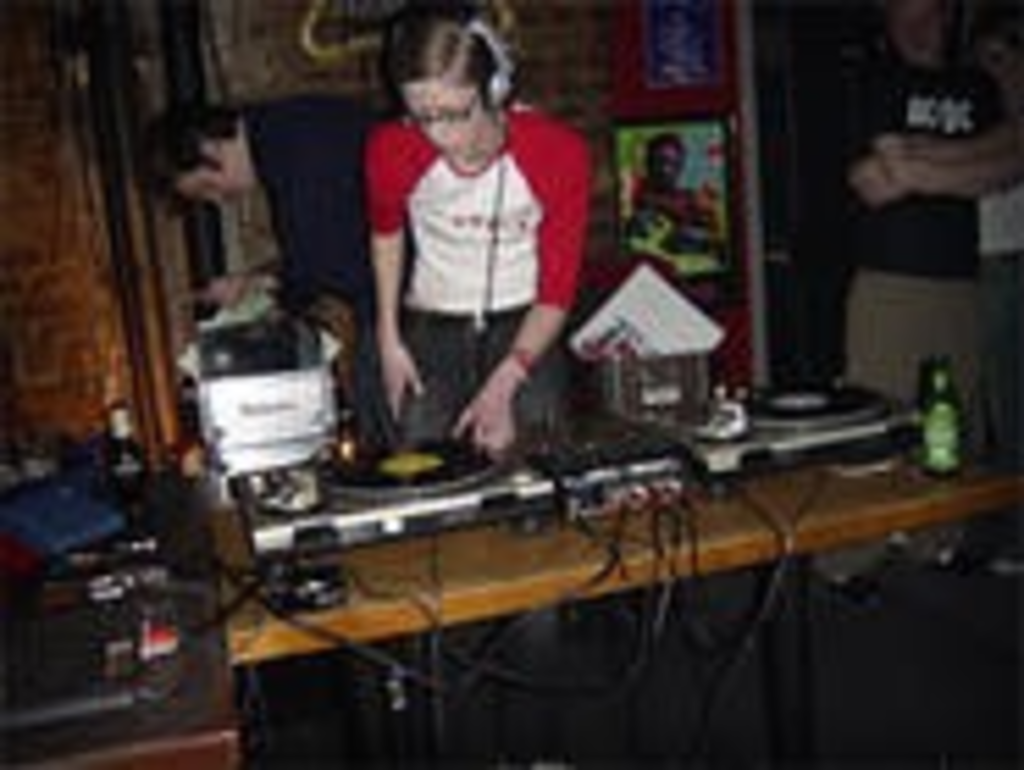 Midtowners may remember eyeing the gangly, bespectacled blonde stocking cold cream at the Walgreens on Broadway, perhaps thinking, That girl does not belong here. Little did anyone know that 21-year-old Shandi Sullivan would end up on a popular reality show, competing with other genetically blessed chicks to become America’s. Next. Top. Model.

Now approaching its eighth season, Model is a display of sociopathic hysteria lorded over by Banks, one deeply deluded diva. (Those who doubt Banks’ craziness need only watch her freak flag fly high in the video below.)

Sullivan was second runner-up on Model‘s second season, but she won first place in our hearts by keeping it real with her quirky sense of humor — and for initiating one of the best reality-TV moments of all time when she telephoned her boyfriend to come clean about a hot-tub hookup, sending him into an awesome crybaby tantrum.

It’s been four years since Sullivan, now a New Yorker, showed her pretty mug around these parts. No, she’s not coming home to strut her stuff on some catwalk. Modeling now takes a backseat for the 24-year-old. She’s putting her creative energy toward a more cerebrally engaging interest: getting people to get down.

As DJ Shanthrax, Sullivan has earned a killer rep as a New York scenemaker. Sullivan spins at various haunts throughout Manhattan, including Pianos, a Lower East Side bar that books popular karaoke nights and subversive comedians such as David Cross. The Pitch chatted with Sullivan before her voyage to KC, where, on Friday, she will team up with the local DJ collective Nomathmatics, which she helped found.

The Pitch: How did your DJ career begin?

Sullivan: I’ve been DJing for seven years, actually. After high school, I moved to Kansas City for a boy who was a trance DJ. I kept bugging him to teach me more, and he did.

What’s in your repertoire?

Primarily ’80s stuff at my Pianos gig. When I play gigs more uptown, I usually end up turning to Top 40. They’re all like, “Play ‘SexyBack!'” Oh, God.

Do you spin records, or have you turned on to the digital age?

I used to say people that play on laptops aren’t DJs. I was being a snob. Then my friend showed me, and it’s really cool. You can find any song on your iTunes, and you can’t usually do that going through vinyl.

Are you still modeling in New York?

I do things every now and then. Before I come to KC, I’m going to Long Beach to do a hair show. I did it. I tried it, but it didn’t stimulate my brain. The show hurt my chances, actually. I’d go to go-sees [modeling auditions], and they’d recognize me and say I should just stick with TV, which is not why I went on the show.

Do you still get recognized now?

I get recognized pretty much every day. People ask me if I watch the show, and I tell them I don’t, and they laugh and say, “It’s all about Tyra.”

What’s up with Tyra, anyway?

[Laughs] She’s nuts! Me and my friends call her “the Robot.”

You were on one of those Model reunions on Tyra’s talk show.

Yeah, you’d show up and meet the girls from other seasons. But she never caught up with us. I saw her a year later, and she couldn’t look me in the face to say hi. Who the hell does that? She’s never gonna be Oprah, OK? Someone needs to tell her. Get over it, girl.

What about anyone else from the show?

Nigel Barker is so nice. He was one of the only people that contacted me after the show. Jay Alexander was really nice, too. He and Janice would talk to us after shooting, which is something they didn’t have to do.

Janice Dickinson is nice? She seems kind of batshit-crazy.

No, she was so freakin’ awesome! I love, love, love her. She’d tell us shit she wasn’t supposed to, like hints about challenges we were doing next. The producers would come up to her and say, “You can’t do that!” and she’d tell them to shut up.

Do you regret being on the show or wish you could have done anything differently after it came out?

I probably could’ve done a lot more with it, but when I started getting recognized, I didn’t like it. I’m not a celebrity. I still have a part-time job. I’m still broke. It is nice to have girls write to me and tell me that I’ve inspired them. It’s like, “Me? I did? Wow, thank you!” That kind of stuff makes me not regret it. So, no, I don’t regret it. But it was some fucked-up shit.