Wanda Jackson, with help from Jack White, shakes up clubs in her 70s 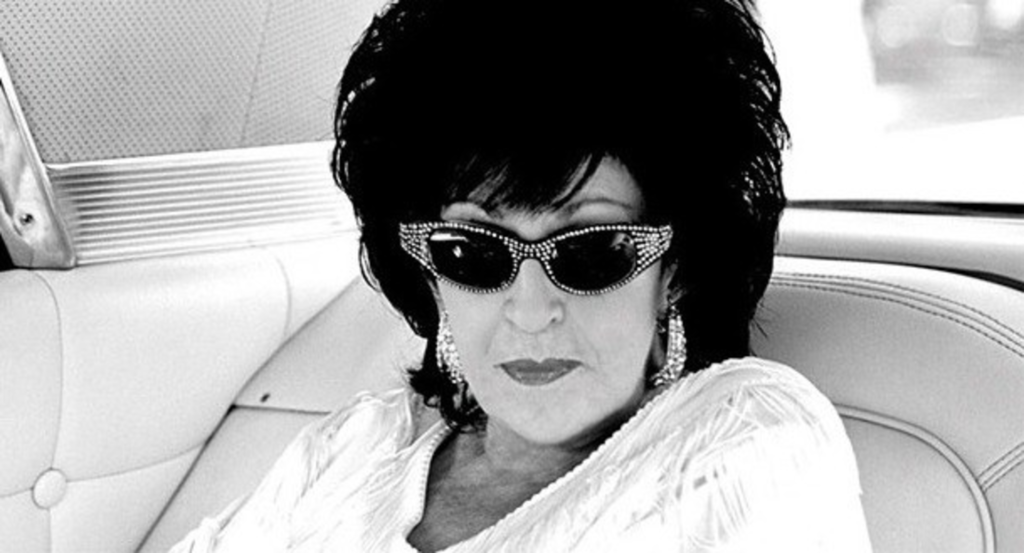 At first, talking to Wanda Jackson is a little like talking to your grandmother. You exchange pleasantries, and she rambles about running errands. Then you ask if she had a nice, easy day, and she responds with a spunky yeah! You know the one, from 1961’s “Hard Headed Woman,” a sound signaling that she knows much more than she lets on. Suddenly, it’s clear: You’re on the phone with the Queen of Rockabilly.

Jackson toured with Elvis Presley in the 1950s, recorded gospel music in the ’70s, and was rediscovered during the European rockabilly revival in the ’80s. Recently, she’s been doing what more and more musicians do in their twilight years: Record an album with an appreciative young’un. Johnny Cash did it with Rick Rubin. Porter Wagoner did it with Marty Stuart. Much like Loretta Lynn, Jackson has teamed with industry maverick Jack White for The Party Ain’t Over. Jackson talked to The Pitch from her home in Oklahoma City as she prepared for the next stretch of road.

The Pitch: How long do you go out on tour?

Wanda Jackson: Well, each one’s different. We tour 12 months a year. It’s our livelihood, and my husband travels with me. Our kids are grown and gone, so we can pretty well do what we want to. Some tours are short, like the next one. When I leave, that’s 10 days. The one right before this — I had two back-to-back, but they were, like, six days each, with a couple days at home in between ’em. So it just varies all the time.

You’re performing in your 70s. Does that take a lot out of you?

Actually, it does, and I’m beginning to realize that. Like, I don’t like to go six days in a row, working every night and traveling every day. That gets to be a little too much, and either my voice will get tired or my body’s getting tired by then. But sometimes, the job is there, and you hate to not take it — if they want you, especially. So I do all that I possibly can. Always have.

Is it different in the studio?

Yeah. That would be easier than doing a performance — traveling everywhere and packing up and unpacking, and then doing another performance, and then packing and driving and unpacking. Yeah, in the studio, you set aside a few days, and you go in at your leisure and record. At least, that’s the way Jack [White] worked it. It [Third Man Records] is his own studio, and it’s on the grounds of his home [in Nashville], so it’s pretty laid-back.

Jack White records analog, which is probably a lot like what you’ve done in the studio before.

Mmm-hmm. This is like stepping into a time machine, throwing me right back into the ’60s. One song didn’t come off. He never did say what was wrong with it — if it was my performance or the arrangement he had made. He just wasn’t happy with it. It was one of the songs we already had in the can. He said, “I’d like to do something else. Do you have a favorite song you’ve always wanted to record but never did?” And I said, “Yeah. There’s an Elvis Presley song that I loved, and that was ‘Like a Baby.'” So he listened to it and said, “That’s great. I love that song. We’ll bring the band in tomorrow and record it.” So I got to stand there in the studio with the band.

Well, he did finally have to move me out in the hallway. You see, his studio’s kind of small, and you put eight to 10 people in there with instruments and amplifiers, and he couldn’t isolate my voice enough, so he put me out in the hall. He said, “I hope you don’t mind singing by the Coke machine.”

You’ve paid tribute to Elvis, but you’ve also had folks pay tribute to you. Of the many versions of your songs, what are some of your favorites?

Skeeter Davis did an album with “Right or Wrong.” Her album — it was really cute. She did a great version. I get quite a few sent to me and given to me on jobs, where a group has selected one or another of the songs of mine. Most of them are pretty good, and I don’t have any problem with them. The ones that are done the most are “Right or Wrong,” “Let’s Have a Party,” “Funnel of Love” — and some girls will attempt “Fujiyama Mama.”

Did White bring you that Bob Dylan song, “Thunder on the Mountain”?

Yeah, he did. In fact, all but three songs on the album were his choices. I allowed him that freedom because I hadn’t recorded in a while, since the I Remember Elvis album, and, of course, that was all covers. His [White’s] songs were all cover songs, and I knew most of them and liked them, but some of them I wasn’t just real familiar with. I decided he’s got his finger on the pulse of the buying public, which I really don’t have, so I decided I would go along with whatever he selected and I’d do my best to get the performance he wanted. I think we did that. I think we were successful.

Have your live performances been getting a good response as well?

Everyone seems to enjoy the pacing of the show. That’s what they tell me. I tell stories about the songs, if there’s a story to tell, or tell them little things about what Elvis and I did — you know, when I worked with him — what kind of guy he was. And they listen. You could hear a pin drop in these clubs. It’s really amazing, how tuned in they are to what I’m saying and what I’m singing. They want everybody to be quiet, going shh! shh! shh! all over.