Around 11 a.m. on October 7, a Raytown police officer attempted to apprehend a man and a woman suspected of shoplifting at the Wal-Mart on East Missouri Route 350. The couple, a husband and wife, decided to make a run for it, leading police on a car chase that ended when their maroon Cadillac DeVille crashed in a wooded area near East 43rd Street and Elmwood Avenue, in Kansas City.

The driver, Jaconn Griffin, faces charges of assaulting an officer and resisting a lawful stop. Police say the officer who had tried to make the arrest at Wal-Mart was stuck by the Cadillac’s open rear door when Griffin threw the car in reverse before speeding out of the parking lot. The officer, Evan Hartenstein, was treated for minor injuries.

The chase reached speeds of over 110 mph and caused several accidents. After crashing the car, Griffin tried to flee on foot before being captured by two Kansas City police officers. Tamara Griffin, whom police say swung a bagful of stolen batteries at Hartenstein before jumping into the backseat of the getaway car, faces charges in Raytown Municipal Court. 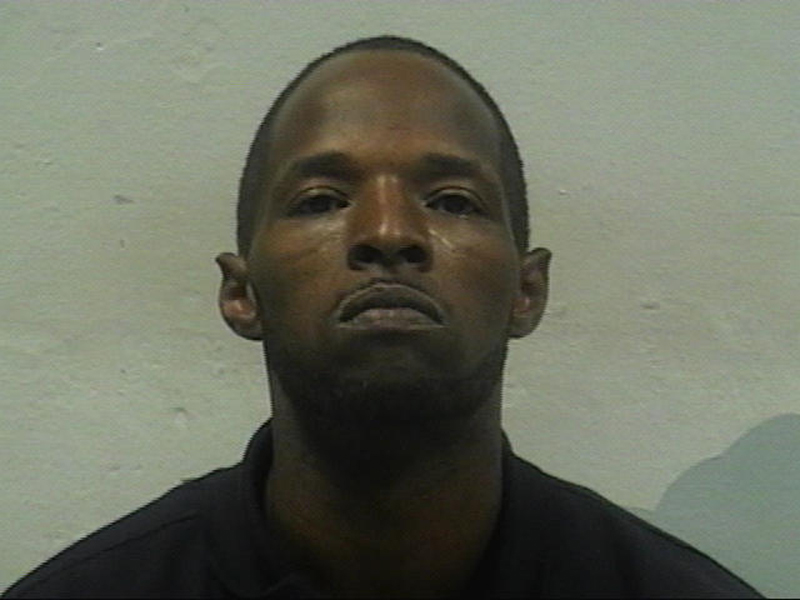 The Griffins’ Wal-Mart nooner did not grab headlines the way the attempted carjacking at a Shawnee Wal-Mart did in September. The latter left one suspect dead and an Air Force veteran who had intervened with three gunshot wounds. But it speaks to the regularity with which area police agencies respond to the crime and disorder that take place in — and occasionally spill out of — Wal-Mart stores. In 2015, the Raytown Police Department recorded nearly 1,000 calls to the Wal-Mart on 350. Through September 2016, that store had generated 735 calls.

The world’s largest retailer is a regular trouble spot in other communities as well.

— Through November of this year, Independence police made 725 calls to the the Wal-Mart near East 39th Street and Missouri Route 291.

— Through early December, Overland Park had responded to 521 calls for service at the city’s three Wal-Mart Supercenters. Over the same period, the suburb’s three Target stores had generated 164 calls.

— Olathe police have recorded 586 calls this year to the Wal-Mart near Santa Fe Street and Kansas Highway 7. A Texas man waving what’s been described as a martial-arts staff was shot dead by police in the store’s parking lot on November 28. (The case is under investigation.)

Of course, most police calls to local Wal-Marts do not end in standoffs or bloodshed. Shoplifting is the most common offense. Of the 725 calls to the Independence Wal-Mart, 496 were for theft.

In other instances, no crimes have been committed. Police may be called to Wal-Mart to monitor divorced parents exchanging custody of their children. Or a patrol officer may make a traffic stop and record Wal-Mart as the site for service because stores are large enough to be considered landmarks. The typical Supercenter is around 182,000 square feet. (Traditional Target stores range in size from 80,000 to 160,000 square feet.)

But in some parts of the country, police and elected officials complain that Wal-Mart stores are draining police resources.

“They’re a huge problem in terms of the amount of time that’s spent there,” a Tampa police officer who specializes in retail crime told The Tampa Bay Times. The newspaper found that area Wal-Marts, on average, generated four times as many calls as nearby Targets.

“It’s ridiculous — we are talking about the biggest retailer in the world,” a police sergeant in Tulsa told Bloomberg Businessweek. “I may have half my squad there for hours.” Analyzing media reports, Bloomberg determined that Wal-Mart properties nationwide experience about one violent crime a day.

At some stores, Wal-Mart is absorbing some of the cost burden of police work. The Wal-Mart in Independence, for instance, employs off-duty Independence police officers eight to 11 hours a day. Officer John Syne, a police department spokesman, says the off-duty officers handle all calls for service and arrests when they’re there. These calls, Syne says, are “not a strain on the police department.”

“Each store has a customized security plan based on its unique circumstances and characteristics,” Delia Garcia, a Wal-Mart spokeswoman, tells The Pitch.

Hartenstein, the Raytown police officer, was working off-duty on the day he confronted the suspected shoplifters. But when the situation escalated, on-duty officers rushed to assist. The incident report lists no fewer than 20 patrol officers, detectives and supervisors who got involved.

Wal-Mart stores are big — and there are a lot of them. Charles Fishman, a journalist who wrote The Wal-Mart Effect, a book about the company’s growth and impact on communities, says 80 percent of Americans live within 5 miles of a Wal-Mart.

Fishman says there is a “cascade” of reasons why police attention is frequently required at Wal-Mart properties. The main reason, he says, is that the stores are so large. “A Supercenter is 5 acres,” he tells The Pitch. “They are thinly staffed. There is everything there you could want. They’re really busy.”

Shopping malls are busy, too. Fishman says Wal-Mart stores present a more “opportunistic environment” because stores are run with such small crews, even relative to competitors like Target. Stretched thin, Wal-Mart workers may not able to provide subtle security measures, such as making eye contact with customers. “The checkers at Wal-Mart never look up,” Fishman says. 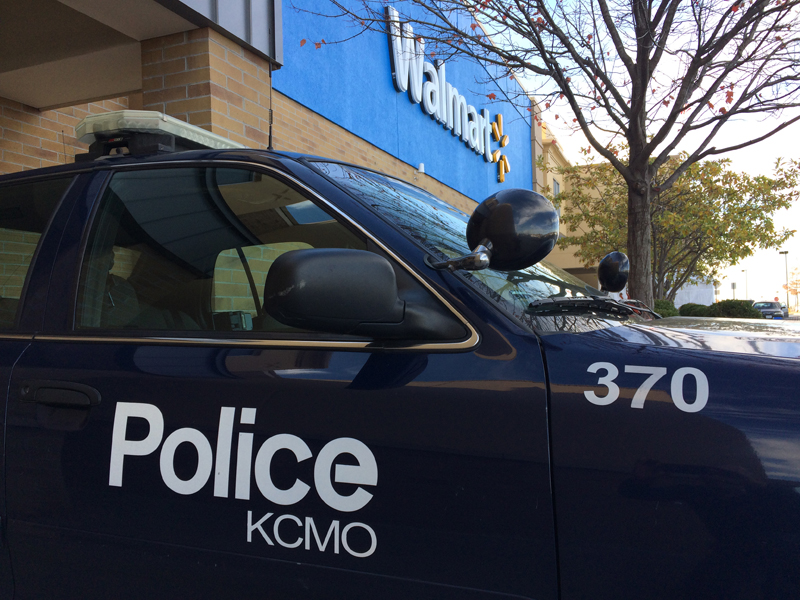 Low labor costs are a key to Wal-Mart’s profitability. But in recent years, company officials have questioned if they’ve been too aggressive in cutting expenses. The company raised wages. Earlier this year, Wal-Mart announced other changes, including the introduction of “customer hosts,” who check receipts as well as greet customers.

Garcia, the company spokeswoman, says beefing up staff has multiple benefits. “It helps improve the store experience for customers, but also having more associates on the sales floor also serves as a deterrent to potential shoplifters,” she says.

Maintaining good relationships with local law-enforcement agencies is also a top priority, Garcia says. To ease some of the burden on police, Wal-Mart has implemented what it’s a calling a “restorative justice” program in about a third of its stores. Garcia says the program gives first-time, low-risk offenders a “second chance make things right” by taking an education course in lieu of prosecution. Garcia says the program is reducing police calls by, on average, 35 percent.

A third party administers the program. The San Francisco City Attorney is suing one of Wal-Mart’s security vendors, accusing it of violating the state’s extortion laws by presenting shoplifters with a “Hobson’s choice” of facing criminal prosecution or paying hundreds of dollars to enroll in the course.

Fishman says Wal-Mart is “obsessed” with shoplifting because its profit margins are so small.

But to what extent should taxpayers bear the cost of Wal-Mart’s asset protection? The Tampa Bay Times described an incident at a Wal-Mart in which a man who had opened a bottle of iced tea in the store but did not pay for it spent 10 days in jail before posting bail.

Wal-Mart’s employment of off-duty police officers at some locations may indicate a greater willingness to take responsibility.

Fishman says hiring off-duty officers seems like a “great solution” for Wal-Mart to obtain police protection without overburdening taxpayers. Of course, the solution comes at a price to the company. Hiring an off-duty Kansas City police officer costs $35 an hour.

“That’s what the assistant manager of a Supercenter makes,” Fishman says.

Some cities provide police services to Wal-Mart while receiving only a portion of the tax revenues a typical Wal-Mart generates.

The Wal-Mart on U.S. 40 in Kansas City, Missouri, sits in a tax-increment financing (TIF) district. The city and other taxing jurisdictions agreed to forgo $26.7 million in future tax receipts in order spur the redevelopment of the site, where the Blue Ridge Mall once stood.

The Wal-Mart at U.S. 40 ranked 16th in the city’s list of most frequent locations for police calls in 2015. (No. 1 was the Greyhound station at 11th Street and Troost.)

Wal-Mart hires off-duty Kansas City police officers to work at the store, at what’s now known as Blue Ridge Crossing. The city is also helped by the fact that the store sits near a border with another city. A bus-stop plaza that serves the Wal-Mart-anchored shopping area is actually in Independence. “We’ve had to respond to a lot of calls for service over there,” Independence Mayor Eileen Weir says. She adds that she did not know to what extent the Wal-Mart was driving the activity requiring police attention.

The Wal-Mart in Olathe where the officer-involved shooting took place also sits in a TIF district. City officials say the TIF plan was necessary to facilitate the redevelopment of the intersection, which featured an aging cement plant and other obstacles. A portion of the land in the TIF district is now a city park; another swath was sold, and the proceeds were spent on infrastructure improvements in the downtown.

City spokesman Tim Danneberg says the calls for service to the Wal-Mart are “typical” for a large retailer, which generates tax revenue as well as provides residents with a place to shop. “We believe those returns outweigh the costs associated with responding to service calls,” Danneberg says. 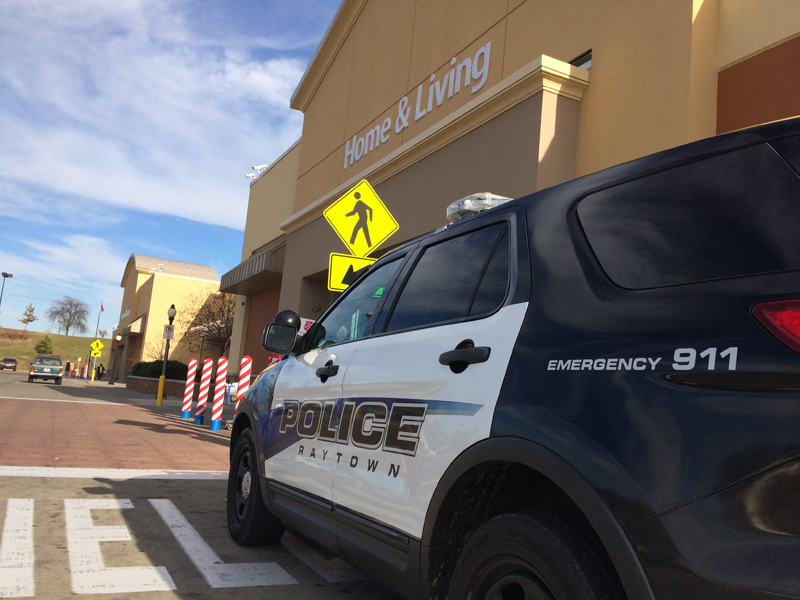 The Wal-Mart on Missouri Route 350 in Raytown opened in 2009, replacing a smaller store in a different location. Eager to keep Wal-Mart in town, city officials issued $40 million in debt and essentially signed away the city’s portion of sales taxes collected at the new store though the year 2030.

The city’s sales tax includes a half-cent tax for public safety, which is ironic in light of the regularity with which Raytown police visit the Wal-Mart. High action, only partial remuneration.

As for Jaconn Griffin, the suspect in the alleged shoplifting incident that ended in a multi-jurisdictional, high-speed chase, Raytown police say he had tried to make off with merchandise worth $618.47. He has a hearing scheduled this week.