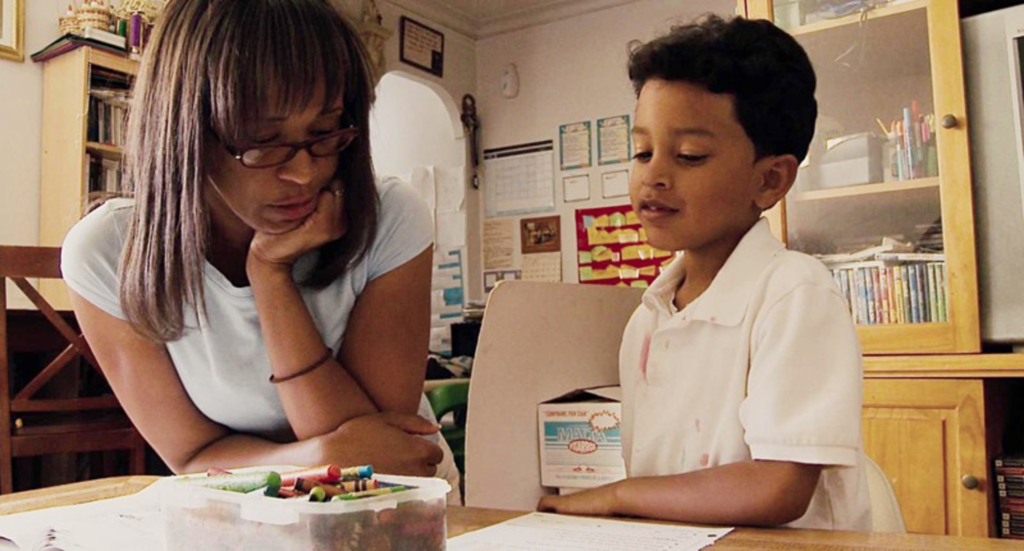 Davis Guggenheim’s call-to-arms documentary on the failures of the U.S. public-­education system — thoroughly laudable in intention if maddening in its logic and omissions — originated with his own guilty conscience.

An Academy Award winner for 2006’s An Inconvenient Truth, Guggenheim made his debut doc, The First Year, in 2001, featuring the dedication of five public-school teachers. He now drives his own children past three crumbling public schools on their way to an expensive private one. “I’m lucky — I have a choice,” Guggenheim, who narrates throughout, admits before asking an important question: What is our responsibility to other people’s children?

Maybe, for starters, demanding a stronger, more secure social safety net. But macroeconomic responses to Guggenheim’s query go unaddressed in Waiting for Superman, which points out the vast disparity in resources for inner city versus suburban schools only to ignore them.

Ducking thornier, more intractable problems, Guggenheim instead comes up with a proposal to which no one could possibly take exception: We need better teachers. But the biggest impediment to firing incompetent instructors and replacing them, the film argues, is the teachers union and its myriad rules regarding seniority and tenure. Randi Weingarten, president of the American Federation of Teachers, is made to look especially villainous, shown in a clip rousing her members by proudly proclaiming the AFT as a “special-interest group.” (Weingarten has attacked the film on the Huffington Post and in the September issue of the AFT’s newsletter.)

Michelle Rhee, the take-no-prisoners chancellor of Washington, D.C., schools, is a reformer hero not just in Guggenheim’s film but also in the eyes of the Obama administration. As she puts it, “There’s this unbelievable willingness to turn a blind eye to the injustices that are happening to kids every single day in our schools in the name of harmony among adults.”

But Guggenheim’s insistence on not engaging with the injustices that children of certain races and classes face outside of school makes his reiteration of the obvious — that “past all the noise and the debate, nothing will change without great teachers” — seem all the more willfully naïve.

In addition to Rhee (who may not stay in her job, following the results of the Washington mayoral primary), almost all of Guggenheim’s saviors of education support or have started charter schools, which can hire nonunion teachers and receive public money but are not subject to the rules and regulations of public schools. But the charter schools that the filmmaker champions — SEED in Washington, D.C., and the Harlem Success Academy — all rely on lotteries, a system in which a child’s future is determined solely by the luck of the draw, and one decried, rightly, by the filmmaker in the beginning.

But it is precisely these acts of sheer chance that Guggenheim spends too much time documenting, as he tracks the plights of five bright, adorable, determined children who are hoping to get into charters. These kids, four of whom are black or Latino and live in impoverished urban neighborhoods, give the film its real emotional and moral heft, talking about their favorite subjects and academic dreams. To film their and their parents’ agony as they wait to hear their names called (and the crushing disappointment when they don’t) doesn’t really advance Guggenheim’s arguments so much as work against them — and provide borderline exploitative melodrama.

Will heartbreaking scenes like this drive an audience to action, as Al Gore’s global-warming presentation, supplemented by a cartoon polar bear, seemed to in An Inconvenient Truth?

“Great schools won’t come from winning the lottery. They will come from YOU,” the final credits announce, before exhorting us to text “POSSIBLE” to 77177 as we listen to a song that John Legend wrote especially for the film. For a crisis so dire, one that Guggenheim is clearly impassioned about, these palliatives come across as absurdly glib.