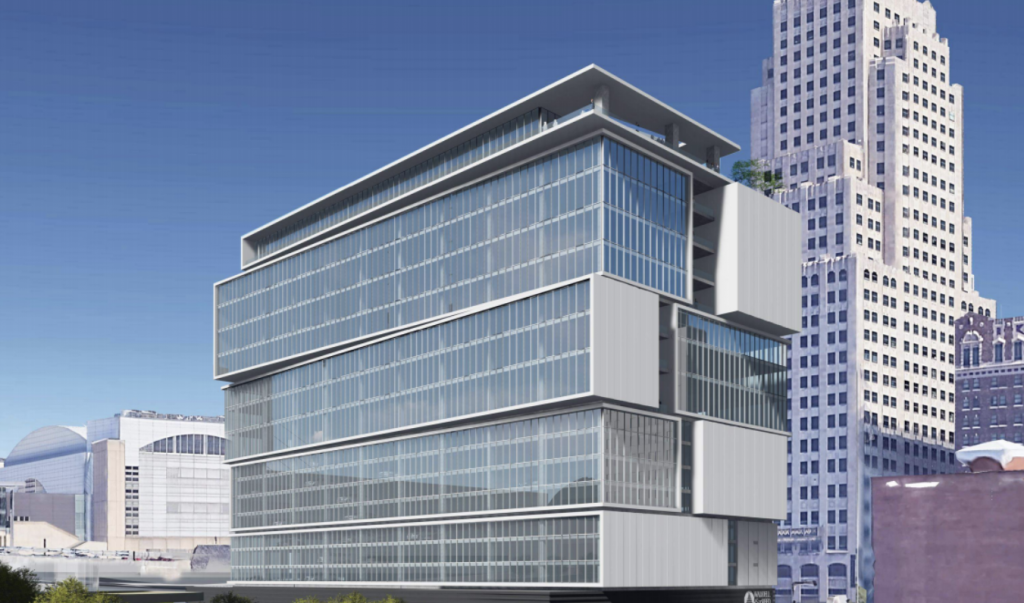 Construction on Waddell & Reed’s new 18-story headquarters will continue, but the firm won’t be using the finished product. // Image courtesy of nextkansas.city

In 2019, financial planning firm Waddell & Reed proposed a relocation of its headquarters into an 18-story downtown Kansas City tower that would cost $140 million to construct. The tower at 14th Street and Baltimore is set to have a parking garage with 10 floors and 913 parking spaces too. Now, construction continues but the firm will not be moving in when it finishes.

As the firm merges with Australian financial services company Macquarie Group, it has also announced a plan to cut more than 200 jobs if the firm is successfully sold. After acquiring its shares, Macquarie Group aims to sell Waddell & Reed’s financial platform to Boston broker LPL Financial Holdings Inc. for $300 million.

The Kansas City Council hesitantly approved a 15-year tax exemption and redirection package for construction on Waddell & Reed’s new headquarters in December. At the time, the firm expressed plans to hire 120 new employees in the six years of its 75% tax abatement.

Despite the change in plans for the firm, Macquarie Group issued a statement Tuesday that construction will go on even though Waddell & Reed won’t be housed there.

“While we will not be occupying the new building, Macquarie and LPL remain committed to the region and supporting the needs of our clients and staff here,” the statement says.

In its own statement, Waddell & Reed claimed Tuesday that terminated employees could receive “financial and non-financial severance benefits” involving healthcare and assistance in finding new jobs.

“Macquarie, Waddell & Reed and LPL are committed to taking a very careful and thoughtful approach in bringing together the capabilities and resources needed to help advisors, intermediary partners, and their clients achieve their investment objectives while delivering exceptional service,” the statement says.