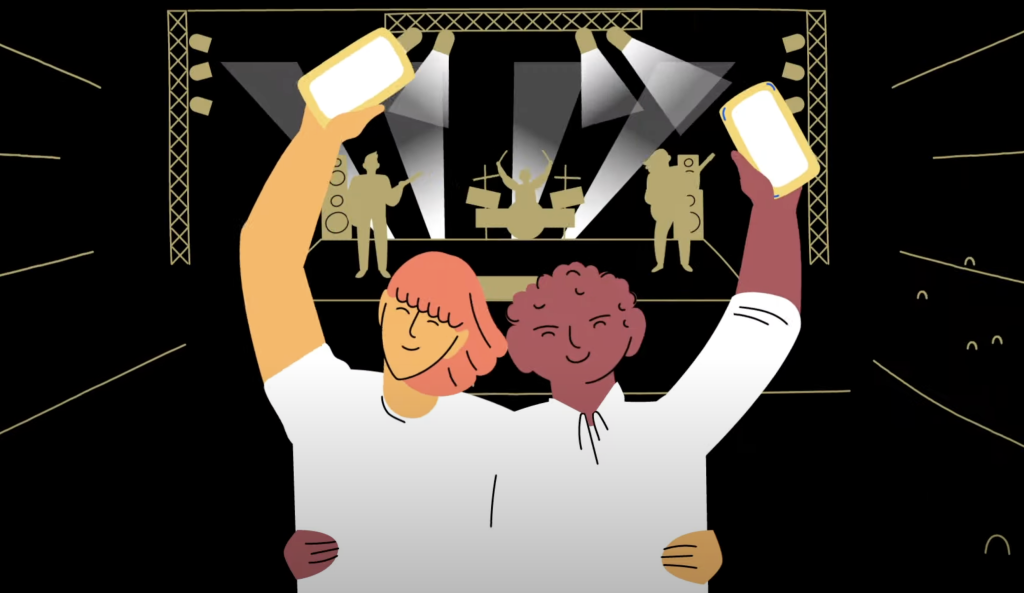 Rachel Van Nortwick is a tech marketer–she’s been in the industry for 20 + years. She’s been geeking out about music for longer. In 2019, Van Nortwick did what so many of us strive to do. She merged her skills and passion to launch Vinylly, an app that pairs potential matches–romantic and platonic–based on music streaming data.

This inclusive app appeals to a wide demographic–the true unifying characteristic is a passion for music…and perhaps fatigue from traditional dating apps. 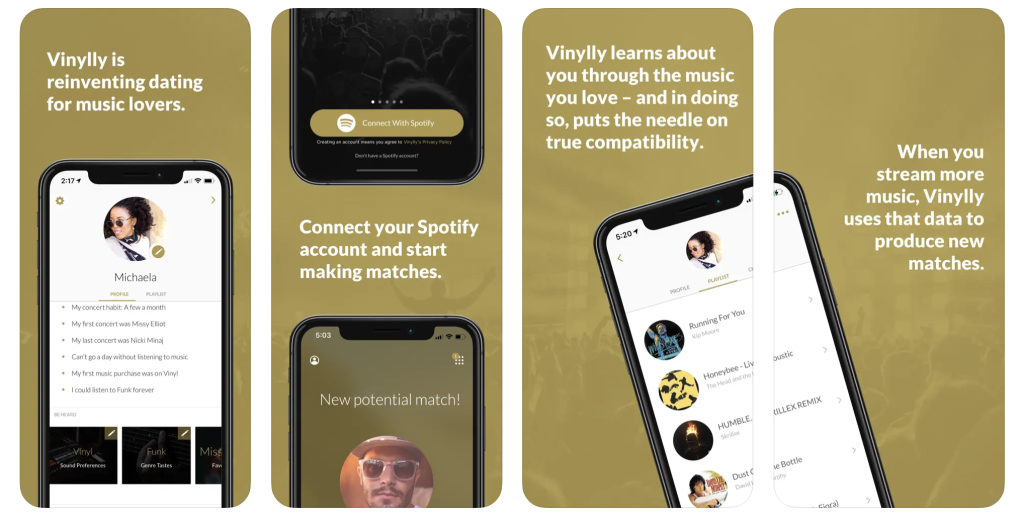 For those who use different streaming services or strictly collect vinyl (the truest of us all), Van Nortwick recently launched a version of Vinylly that allows individuals to create their own playlists on the app.

At a young age, Van Nortwick discovered her own affinity for music through her parents’ folk and rock & roll.  She eventually acquired her own vinyl collection, quickly becoming fascinated with the interconnectedness of genres and artists.

“I created a DNA tree of music in my mind,” Van Nortwick says. 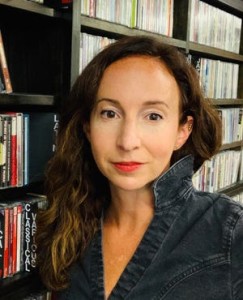 In the early 2000s, Pandora launched the Music Genome Project, a data repository where songs are examined for up to 450 unique attributes. The intention? To connect listeners to more of the music they trend toward.

“I use the Music Genome Project as a basis for how I think about Vinylly,” says Van Nortwick. “We use data to tell us who would make good matches based on what we know about the way music is connected.”

Amongst Missouri Vinylly users, alternative rock, classic rock, indie, metal, and hip-hop compose most popular genres. Superficially, the aforementioned genres are an eclectic mix. But consider Linkin Park and Jay-Z’s Collision Course EP. Linkin Park emerged as a fusion of hip hop and metal, evolved into something closer to alternative rock, and then collaborated with hip-hop artist Jay-Z to produce a Grammy winning “Numb/Encore” in 2016. The crossover between alternative rock, metal, and hip-hop has depth and nuance in this specific instance, let alone the industry as a whole. It speaks to oversimplification imposed by labels in general.

“Music fans tend to be music fans,” says Van Nortwick. “A lot of people that join Vinylly say, ‘Oh, my music taste is too eclectic. I’m never going to find a match.’  But the reality is that everyone’s music taste is pretty eclectic. The genres represented in Vinylly users across the U.S. and Canada represent almost all music genres.”

Vinylly’s proprietary algorithm detects the depth and nuance in music crossover, allowing for a deeper analysis of compatibility.

The app also capitalizes on a key to connection: a certain level of open-mindedness. True music lovers are going to find ways to embrace sounds outside of their realm…similar to how you’d hope a partner embraces you for all (or most) of who you are. And maybe an open-minded passion for music is a critical shared value, in and of itself.

Beyond romantic connections, Vinylly appeals to individuals seeking out platonic relationships. When registering for the app, users can elect to match with “concert buddies.” Within the app, individuals can also search for and purchase concert tickets. Vinylly offers a fairly direct route from introduction to date.

You can download the app via the Apple App Store.

Listening to music alone isn’t the same as listening to it with someone else. On Vinylly you can find someone who already likes the same music you do and meet someone amazing while you're at it.#Vinylly #dating #musictaste #music #romance #download #relationships #app #datingapp pic.twitter.com/qIBJKcZHml