Vignettes’ “Stranger Drinks” popup takes you to the Upside Down through Nov. 12

This may be your only chance to get a photo op with Vecna. 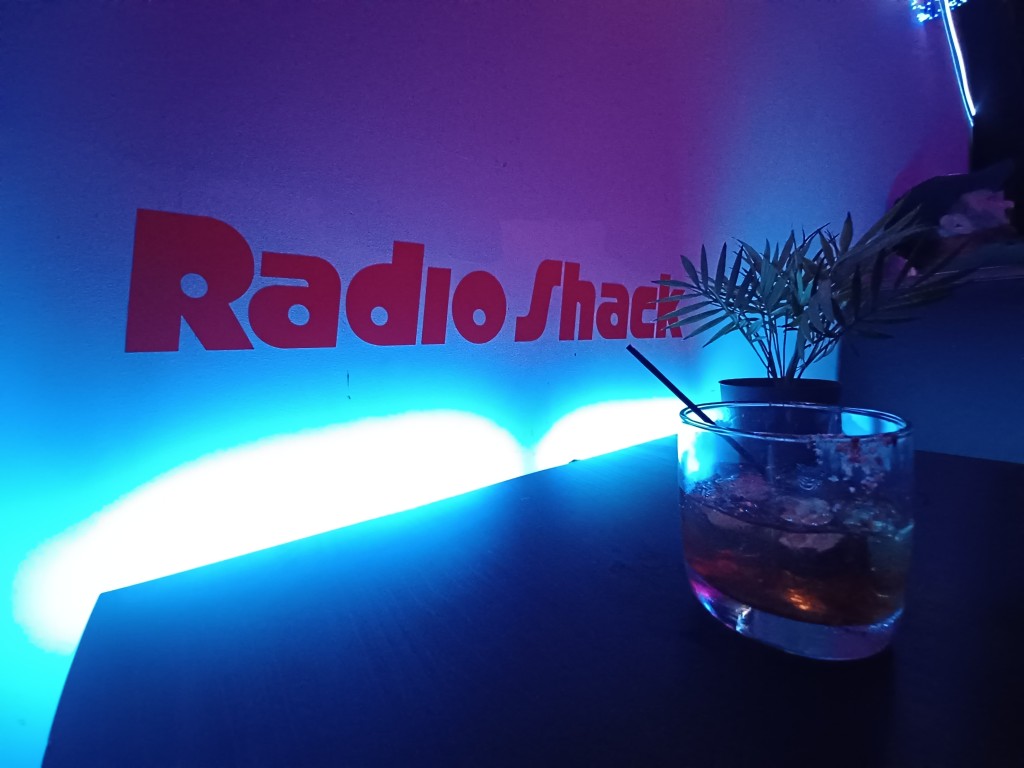 What was once an ordinary doorway to Vignettes is now a gate to The Upside Down as the pop-up bar next to ReRoll Tavern (2376 Armour) in North Kansas City hosts its latest project, “Stranger Drinks: Hellfire Pub,” through Nov. 12.

Before I crossed over, I took a minute to appreciate the recreation of Joyce Byers’ living room, featuring the iconic DIY wall Christmas light Ouija board that has become a symbol of the show.

On the other side of that wall, the Upside Down version of that setup beckons guests into a doozy of a scene, complete with more subtle decor like RadioShack logos and Starcourt Mall signs all the way up through an ominous, hulking Vecna sculpture hanging from the ceiling in the middle of the room.

With the 80’s jams slapping courtesy of that evening’s live entertainment—courtesy of Discord and Rhyme (Michael Doss and Lonnie)—my server, Danni Bruce, dressed as Robin in Scoops Ahoy garb, brought me my first drink: “The Master of Puppets.” Made with gin, elderflower liqueur, lemon juice, simple syrup and activated charcoal, this guy was a nice first drink to turn upsidedown in the Upside Down. 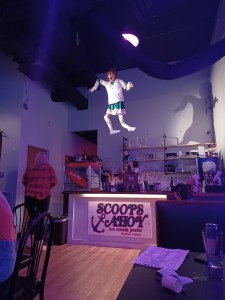 One can also take three specialty shots for the fallen. The “Billy” (peach Schnapps, Irish cream, grenadine), “Barb” (tequila con escargot), and “Bob” (vodka, melon liqueur, sour mix) are all tasty downs to kick off the night with friends.

Some other crowd pleasers on a menu that has once again been tactfully designed by the one and only Scott Helling included the “Scoops Ahoy”—a rootbeer float served with whipped cream vodka, vanilla ice cream, and topped with root beer schnapps, the “Chrissy Wake Up” (rum, vodka, tequila, blue curacao, and Red Bull), and the “Eleven” (more whipped-cream vodka, chocolate liqueur, chocolate milk).

There’s a lot more fun to be had from this menu, but the experience wouldn’t be the same without some surprises in there for the first time visitor. This doesn’t just include the drinks, either.

I’ll let you experience the rest for yourself.

It took a few (strong) rounds for me to realize that the entire ceiling had been decorated with a Mind Flayer silhouette, another crafty touch from Delaney Rose, who got the creative lead on the project after helping put together many of Vignettes’ previous pop-up venture.

Others who contributed to the ambiance include Colleen King, Matthew Deaver, Russ Moran, and Robert Mitchell.

The most memorable moment of the night, for me, came when Vignettes and ReRoll owner Ed Schmalz came inside like a bat out of hell to help lend his beautiful vocals to the band playing “Master of Puppets.” Anyone who joined onstage was given a free shot from that night’s musical.

In the end, I was pretty sloshed and content with a fantastic evening. I got the hell out of there before Vecna could realize I had rolled a natural one in the corner that was decorated as the Hellfire Club.