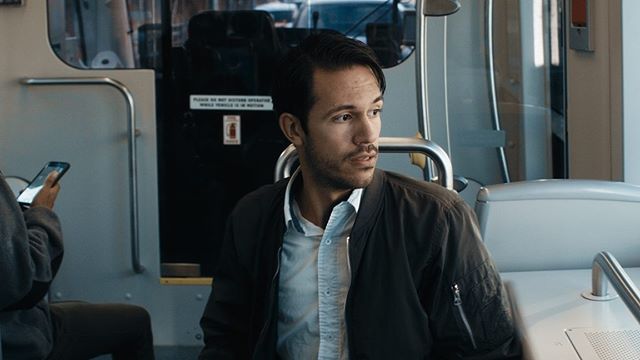 For his newest single, “Addie,” musician Kyle East decided to not just drop the song on Spotify or Bandcamp, but instead went with a full-fledged cinematic video. It’s an impressive achievement for an artist whose videos have heretofore been rather simple affairs, and the end result is that East’s song has visuals that match the storyline of the lyrics. We’re happy to premiere the video for “Addie” below, and you can read a brief interview with musician East, as well.

The Pitch: When the video and song combine, it feels like that together, “Addie” is as much an ode to Kansas City as a woman. Were you intentionally going for that result?

Kyle East: Great question. The story of the song was actually inspired during a visit I made to Portland, Oregon in 2015. While searching for locally-roasted coffee beans, I walked into a conversation with a girl named Addie who worked at the shop and was on her lunch break. I left the shop and later thought to catch her before the end of her shift so we could grab a drink or hang out, but when I arrived, I found out that she had just left and unfortunately, I didn’t have her phone number. The song and video are an ode to Addie and missed opportunities, but also to the city of Portland. Kansas City was selected as the film location mainly out of convenience, but it worked perfectly as the song makes mention of taking the streetcar “back to where you [Addie] worked”.

What made you decide to go cinematic and create a storyline for this video?

From the beginning, I wanted to have a music video that portrayed a story to evoke emotion for viewers. I trusted that the song would speak for itself and creating a visual story would complement the lyrics. I have to thank my brother for his extensive creative potential that helped us form a story that was less about a predictable love story and more about an unfolding of mysterious events. We wanted to leave viewers talking about the video after seeing it.

How was it, going from the pretty lo-fi vibe of your earlier videos to a big production?

It has been very exciting! The inspiration for doing a big production came to me while I was hiking through Patagonia in Chile. I recognized that my brother was gifted with film production and I had plenty of original music to record. When I returned to the States, I recorded some original tracks and followed up with my brother to start planning production for “Addie”. We hope to continue to work together on more projects.

Looking at the names in the credits, it seems like this was a family affair.

Was that the case? Yes, my brother Sean wore many hats for this production including director, producer, director of photography, editor, and more. This production could not have been done without his support and local contacts in the film industry. Our parents also supported us by providing craft services and our dad even made a special appearance as an extra.

Is “Addie” a one-off, in terms of song and video, or is this a teaser for something more?

“Addie” is a final production of its own. But, my brother and I are hoping to continue to work on future projects together.

Check out Kyle East’s Instagram for a slew of behind-the-scenes pictures from the making of the “Addie” video.