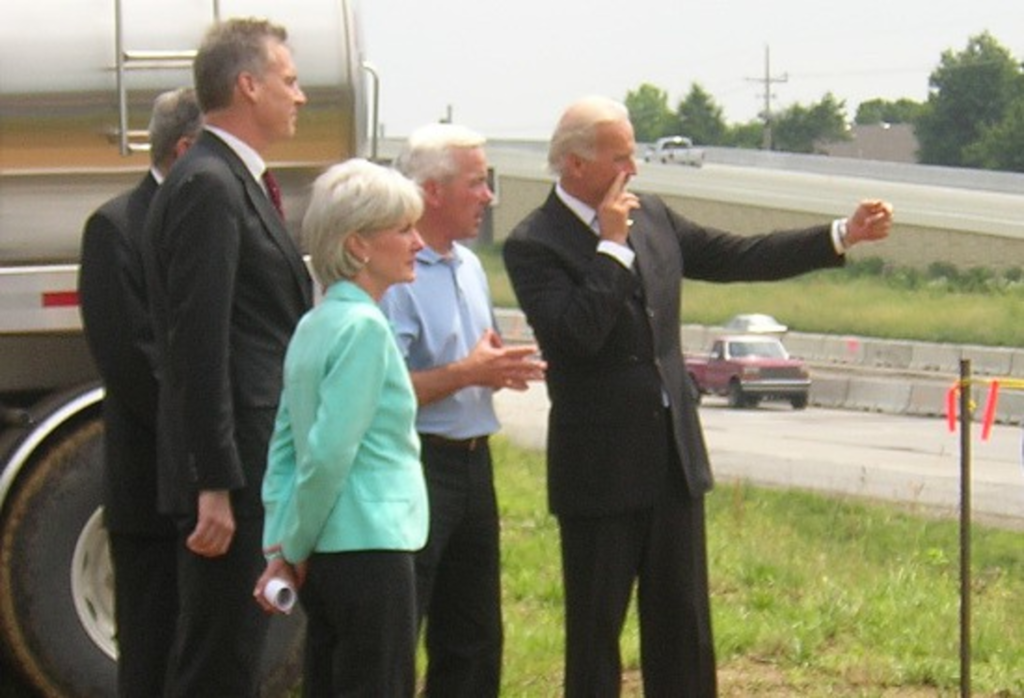 Road builder Bill Clarkson Jr. and a ring of mulch overlooking 69 Highway awaited Vice President Joe Biden when he got out of his big Cadillac in Overland Park yesterday afternoon.

The v.p. was accompanied by former and current Kansas governors Kathleen Sebelius and Mark Parkinson, as well as Transportation Secretary Ray LaHood. The group surveyed the work being done on a section of U.S. 69 near 103rd Street. This $82 million project is receiving funds from the federal stimulus package.

Biden was long-winded but mostly gaffe-free (I saw a few stray winces when he referred to Interstate 435 as “495”). The vice president used most of his address to promote the $787-billion stimulus package’s powers to create and save jobs. “This is about real, live people,” he said.

Biden drew a comparison between the stimulus plan and the construction

of the U.S. highway system during the Eisenhower administration. In

doing so, Biden pointed out one of the recovery plan’s flaws: It