Very Good Boys: Behind the scenes at the Heart of America Kennel Club’s annual dog show 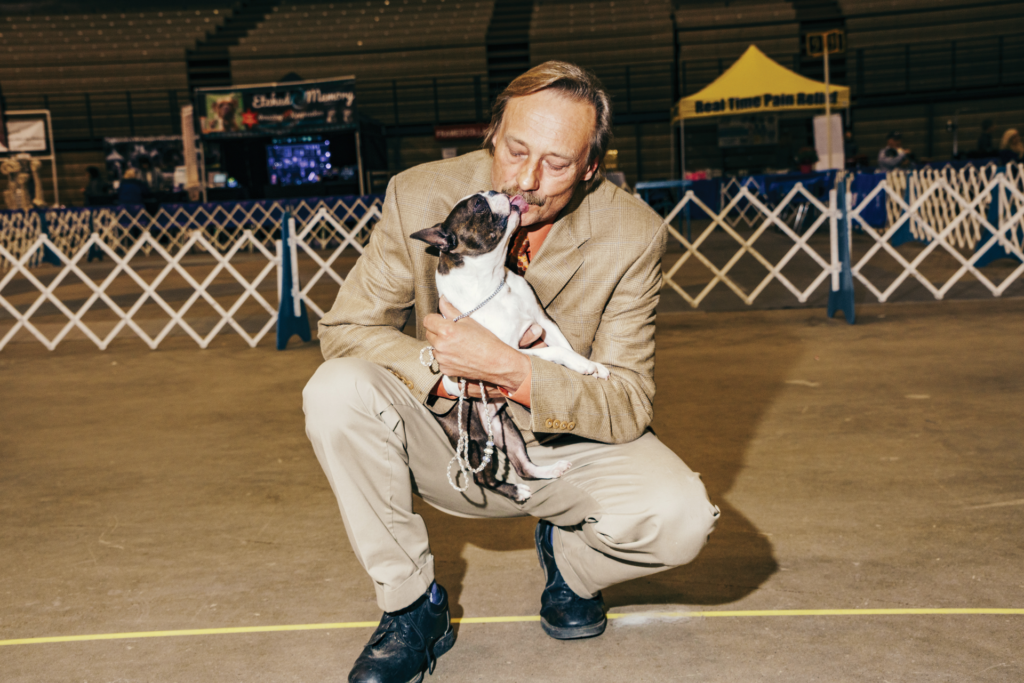 On March 10 and 11, I photographed the Heart of America Kennel Club’s annual cluster of dog shows, held at Hale Arena in the American Royal Center. Professional handlers and owners commingled in this all-breed competition, where the dogs were judged by breed, group, and, finally, best in show. As a casual onlooker, I found the competitive portions of the event to be the least exciting. Handlers waited patiently in their Sunday best as judges painstakingly evaluated their dogs according to a set of criteria that would seem mysterious to most outside observers.

The real action occurred behind the scenes, in the staging area where the dogs underwent frenzied, meticulous grooming before being whisked to their respective events. Rows of grooming tables and crates extended back into the large, warehouse-like space behind Hale Arena. The dizzy rush of competition permeated the room. Here, the personalities of the dogs and their handlers came to life. Purebred dogs seated on brightly colored towels barked, paced, whined, and reclined stoically as their humans coaxed, washed, brushed, and teased their coats to perfection. The handlers and groomers worked fastidiously, pruning and trimming, all before tossing off their apron to replace it with a jacket or blazer and rushing their dog out to the next event — ad infinitum, all weekend. 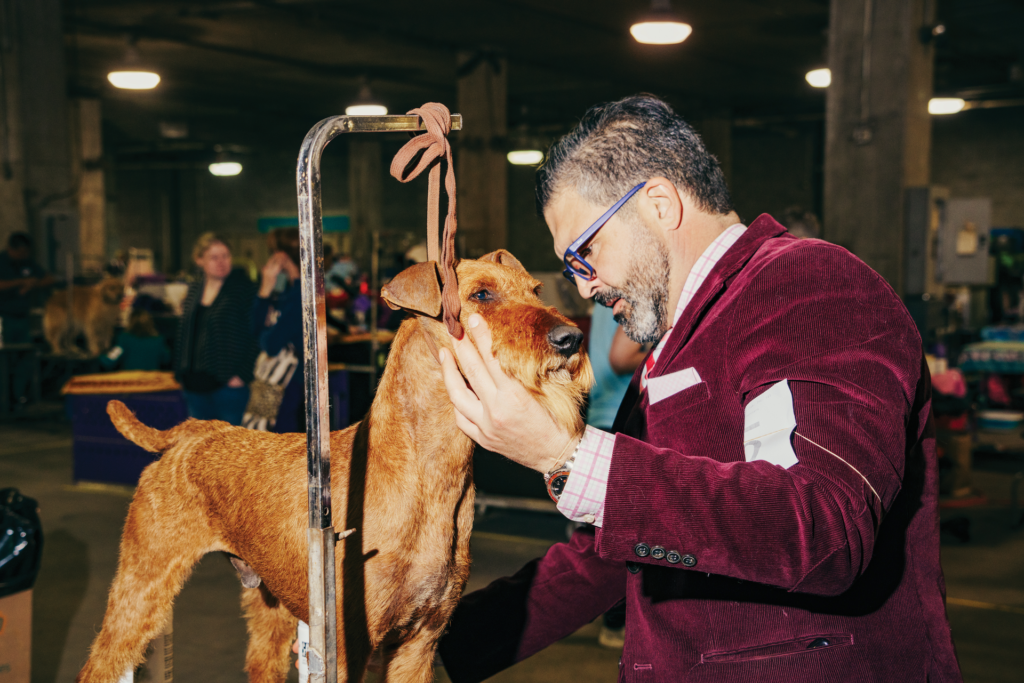 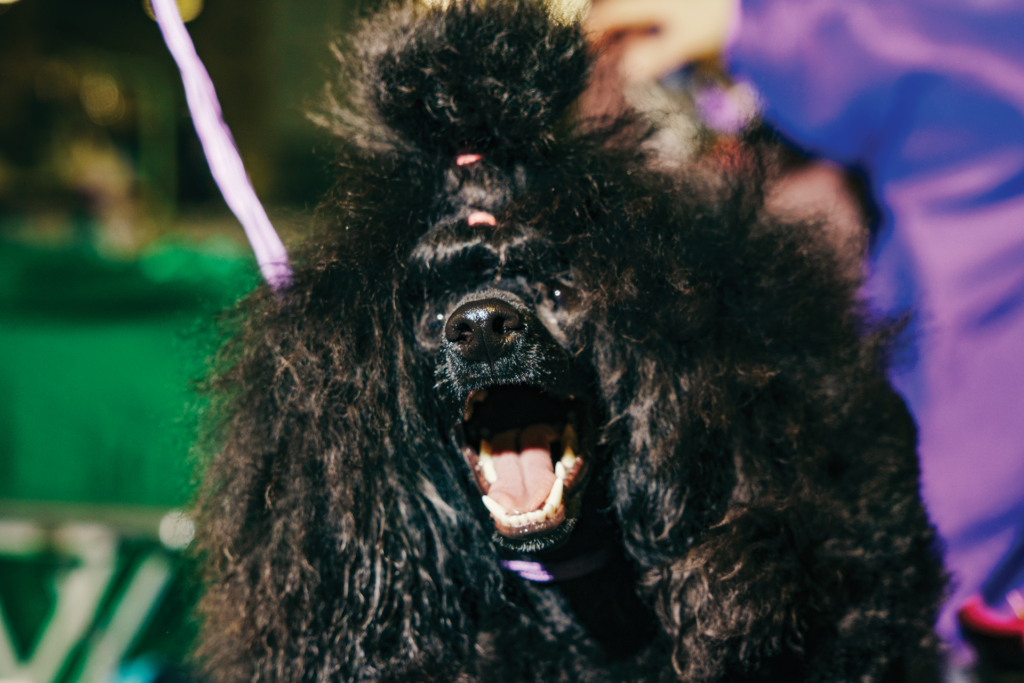 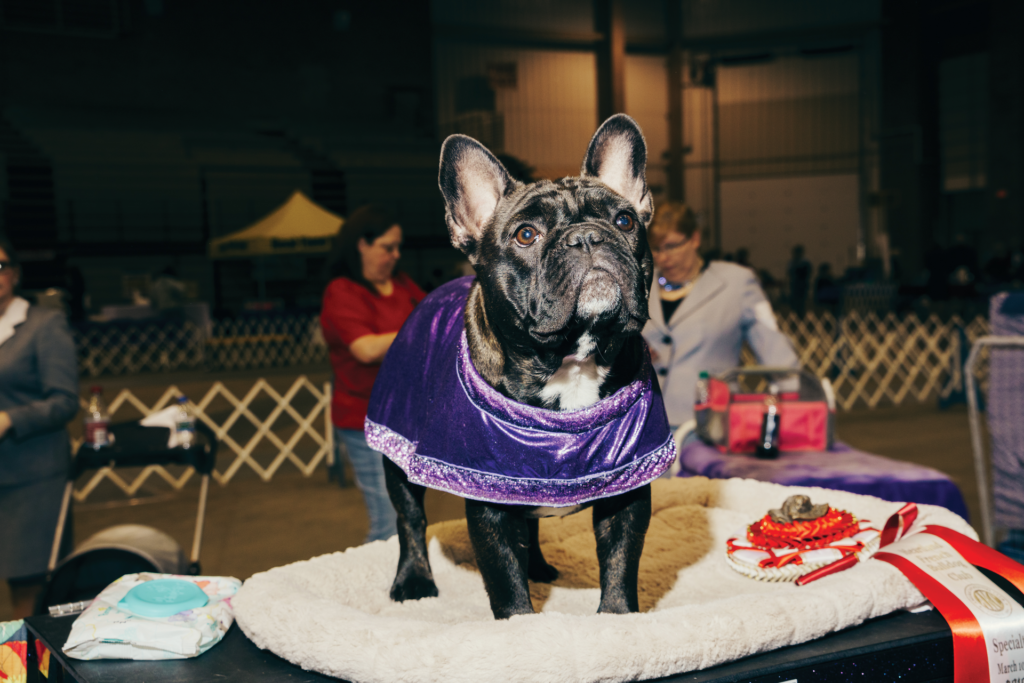 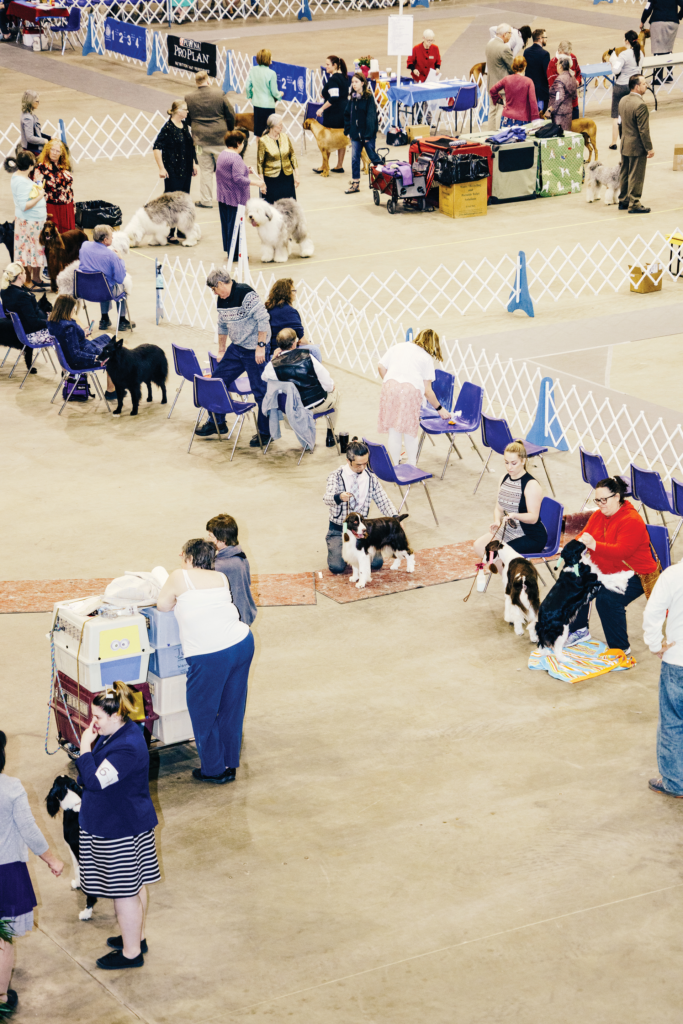 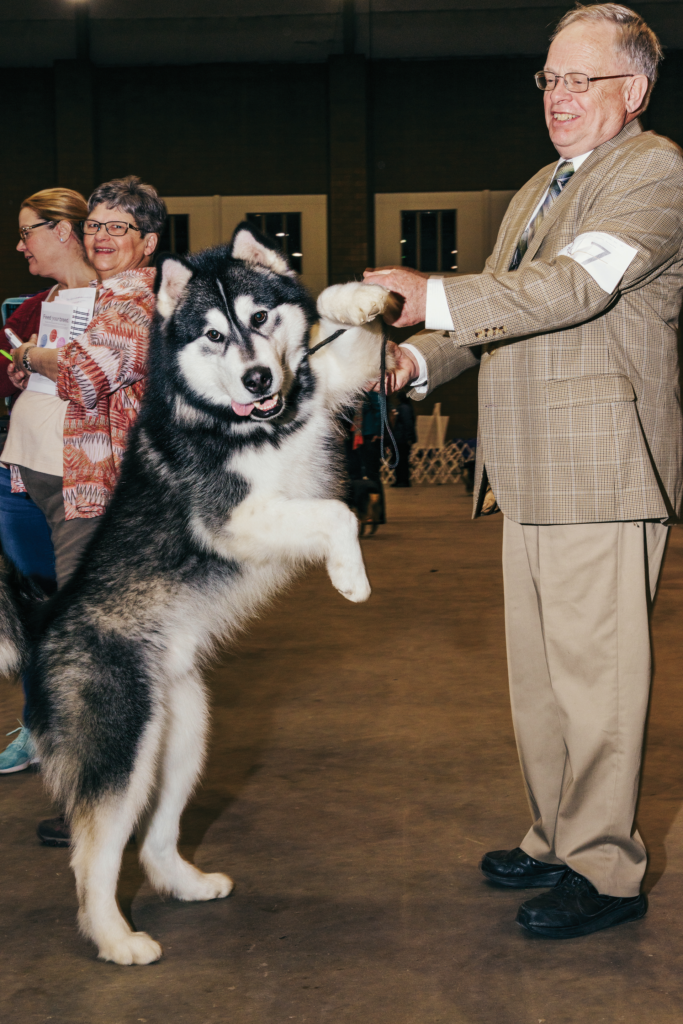 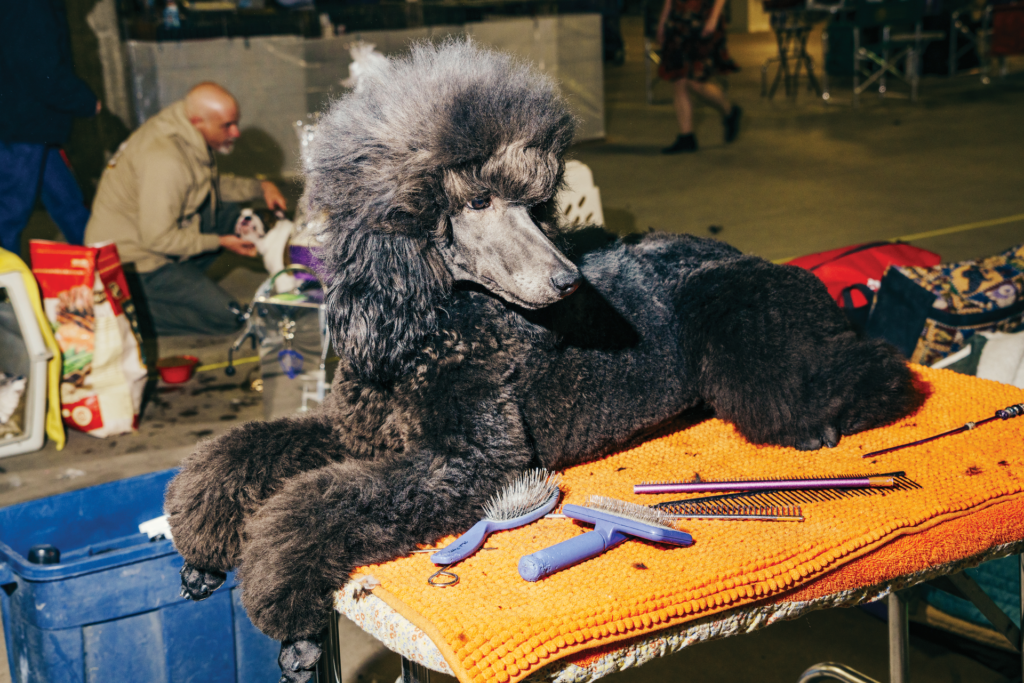 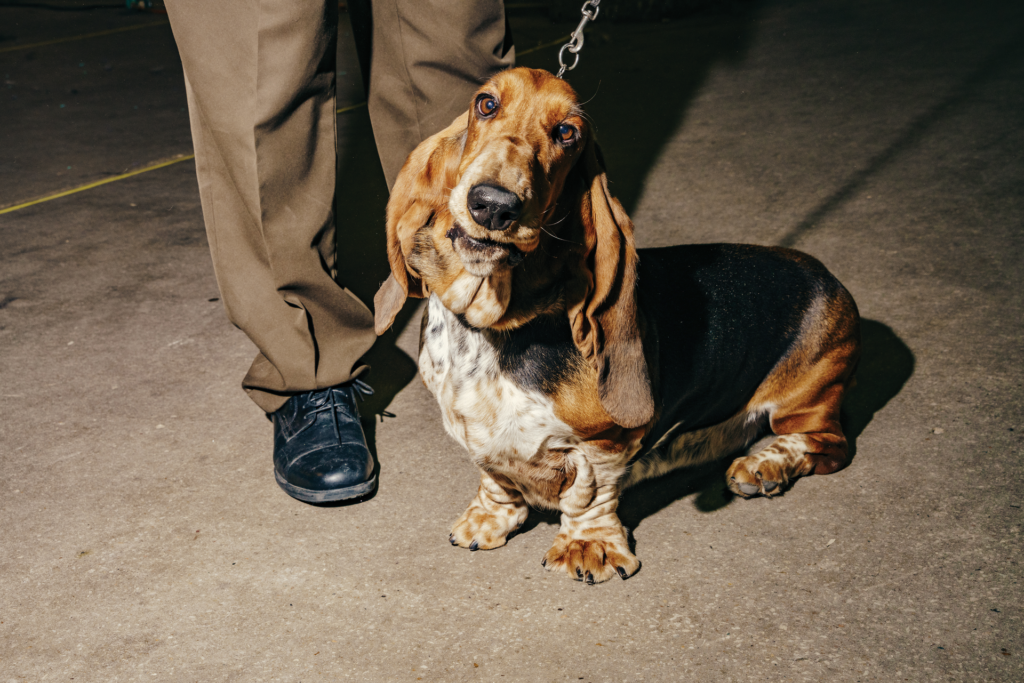 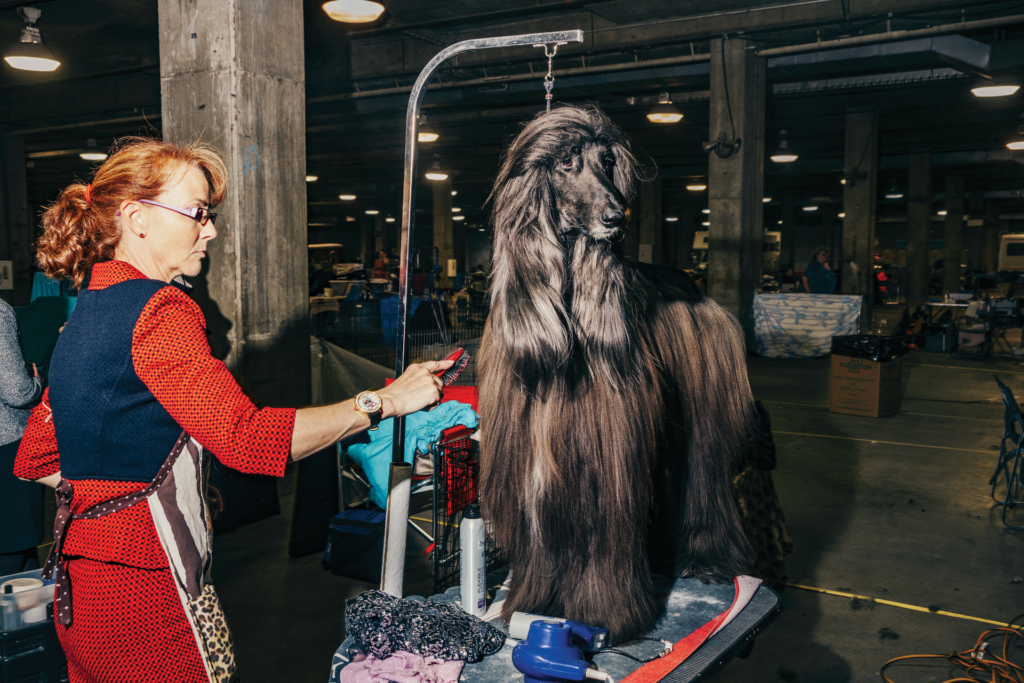 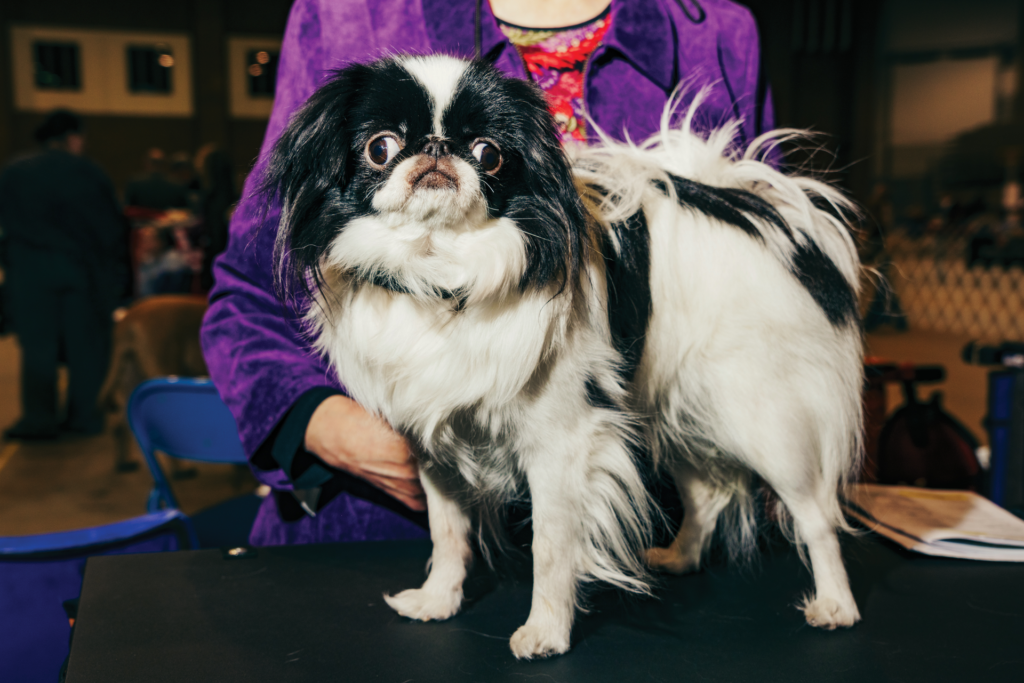