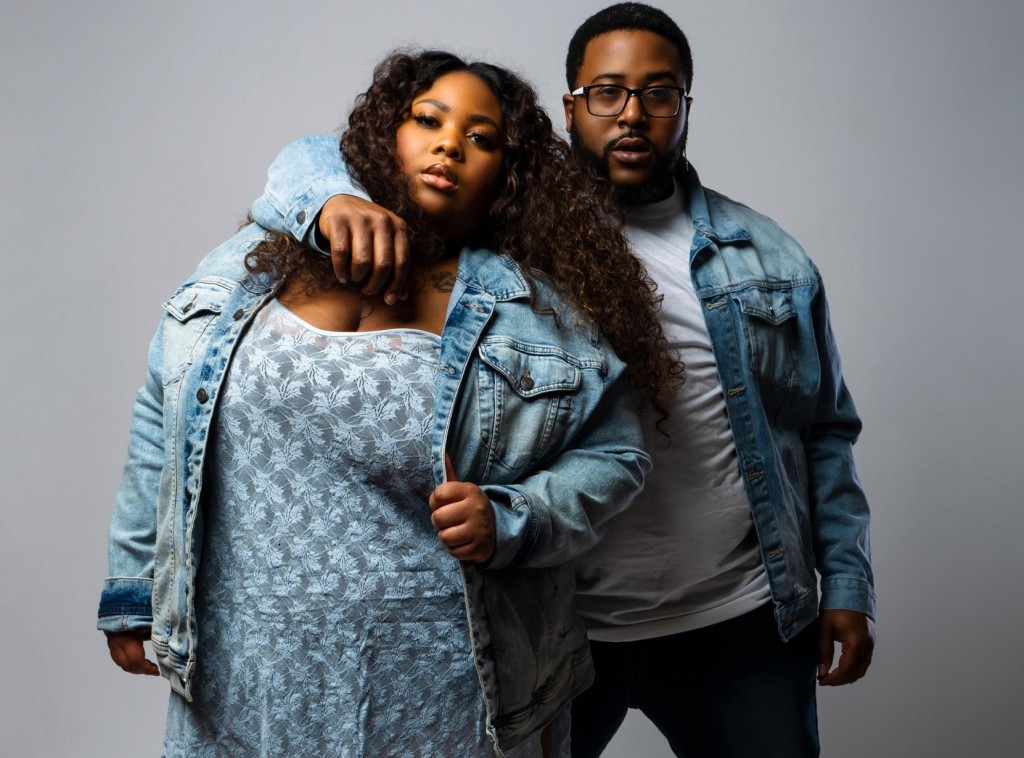 I was in the shower the first time I heard “Overdose,” the second track on VCMN’s upcoming debut album, The VCMN Project. Not 30 seconds into the track, there was a loud thwack! as something hit the floor. At first, I wondered if I’d knocked over a bottle of shampoo or body wash. Turns out the song’s bass vibrated the Bluetooth speaker clean off the windowsill and onto the floor.

With power like that, I knew I had to meet these musicians. I met up with Victoria and Emmanuel “Manny” Cable—aka the “Vic” and “Man” of VCMN—for drinks at Henry’s Upstairs in downtown Lawrence.

While the weather outside was blustery and depressing, the bar’s vibrant color scheme paired perfectly with the ebullient nature of this married couple who makes music that is, by turns, emotional and just plain raw.

“Really, we’re honest with each other through our music,” Cable explains. “A lot of the time, we didn’t know what to say, so we’d write songs. Like, ‘I did this today!’”

Manny then sings a bar from their song, “IDTY,” which stands for, “I don’t trust you!”

Victoria nods her head in response and remembers her reaction when she first heard the lyrics: “It was like, ‘All right. Shots fired.’ And then the next week, I had something where I was like, ‘I got something for you to listen to.’”

That “something” was “Forbidden Fruit,” which contains the line, “How can the love that brings me sanity be the same love to write my tragedy?”

The pair laughs when I suggest that it’s like a musical version of passive-aggressive Post-its on the refrigerator, but, in truth, the Cables have crafted an album that’s pure collaboration. The two are working on the same wavelength—or soundwave in this case—rather than one person simply taking the lead and running with it.

“We worked together through the whole thing,” says Manny. “Those two songs—even though we were fighting, we were working together.”

They’ve been working it out with the rhythms and the rhymes for years now. VCMN Project was first birthed into existence when they were still dating; the album was finished after they tied the knot.

“Lust” and “Overdose,” the two tracks that open the album, were written as Manny and Victoria sat together on their couch, responding to one another, after Manny heard “Lust” as part of a dream.

It makes for a beautiful contrast. The songs’ earthy tones, club-worthy production, and sweaty beats were written by a couple that’s been married seven years while sitting in their living room.

Somnambulist inspiration also struck for “Geriatric Action,” which comes at the midpoint of The VCMN Project. It’s exactly what you would expect from the title, and Manny’s lyrics leave nothing to the imagination. “Geriatric bae suffers from the dementia / But she’ll fuck you like a new man every time she forgets ya” are two of the most jaw-dropping lines I’ve heard in a while.

The song feels like a joke pushed to its most-hilarious extremes. As soon as I bring it up, Manny laughs uproariously and claps his hands, explaining that it was stuck in his head all day until he shot it to Victoria.

“I’m a nurse, and I was literally in the middle of getting ready to go get one of my patients,” Victoria relates. “I was listening to it, and there was no one else around. I just burst out laughing. Then I was like, ‘Well, I can’t let you do this by yourself.’”

At this point in our interview, all three of us are laughing to the point that other bar patrons are looking over. 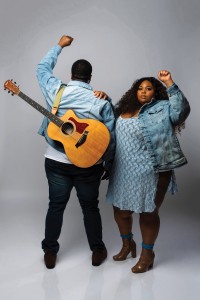 Manny admits that it’s a little near a novelty song, but that the few times VCMN has performed the song live, the audience reaction has been pure, unadulterated, “Oh. My. God.” He attempts to think of an equivalent song and latches upon Afroman’s 2001 hit, “Because I Got High.”

“This song is highly inappropriate, but somehow I love it so much,” says Manny of the connective thread between the two tracks.

For all of the laughing and joking around, both Victoria and Manny Cable are serious about music. Victoria grew up in the Bethel International Center of Worship church in Kansas City, Kansas, where her father, Cleveland Drone, was a pastor. From the ages of 10-19, she toured across the country singing gospel music.

She says that not only what she learned onstage, but off, is integral to what she and her husband now do.

“I know that we were doing gospel music and those kinds of things, but behind the scenes was a lot of show business, even in the church,” explains Victoria. “That definitely helped me to just be able to get out there and let it all out on the stage.”

More than that, Manny and Victoria have a shared inspiration, courtesy of Bethel: Victoria’s father. Victoria calls him “my favorite male vocalist, famous or not.” Manny also admires Drone’s singing, sharing that the pastor’s vocal abilities inspire him and push him to work harder.

Whereas Victoria cut her teeth on gospel music, Manny came to performance via a different path: ballet and modern dance. Perhaps this is why he feeds off of the energy that comes from the audience.

“I feel like I shine on stage,” Manny explains. “You have to push me more in the studio. I don’t feel like I’m that good of a studio artist, but when I get up there, I’m used to being on stage and feeling it. I enjoy that energy and that give and take between crowd and artist. I want to be Beyoncé. I’m not joking about that.”

“I swear up and down that I’m the female Michael Jackson,” she says, with the confidence of someone who knows what they, quite literally, bring to the stage. Victoria and Manny aren’t just up there singing—they are performing. There are dance moves. There’s audience interaction.

VCMN is also in demand as performers at weddings and corporate events. At these hired events, their versatility allows them to slip their originals in between the usual covers, to the delight of the listeners.

“With weddings and things, we get to do our calmer things,” Victoria says. “We get to really show off our vocal abilities and draw in the emotion of the crowd and just bring in every ounce of love and all that amazingness.” 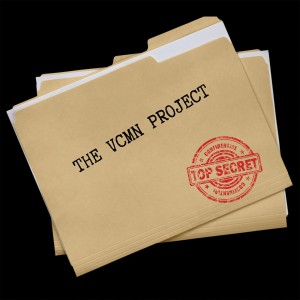 Manny seconds this, saying, “I love that we’re able to do weddings and perform these covers and such.” He explains they’ll go from a cover to an original, and get equally positive responses from the crowd.

As we finish our drinks and get ready to head back into the gray cold, Manny shares his main takeaway: the Cables enjoy the album they’ve created together.

Making it was hard work, Manny says, but ultimately, he feels, “[It was] super-fulfilling and super-fun, ‘cause we do it together. It strengthened our marriage. I think getting this as an outlet to get our feelings out before we were married and finished it as a married couple, I’ve found that our communication is stellar.”

“It’s always been easy,” Victoria concurs. “There have been challenges—I mean, I’ve literally been with this guy my entire adult life, and we’ve had growing pains, but it’s easy. It’s not hard. It’s not complicated. [It’s] something that’s enjoyable at the end of the day.”

VCMN’s The VCMN Project comes out May 13, with a release party that night at The Rino at 314 Armour Rd, North KC.