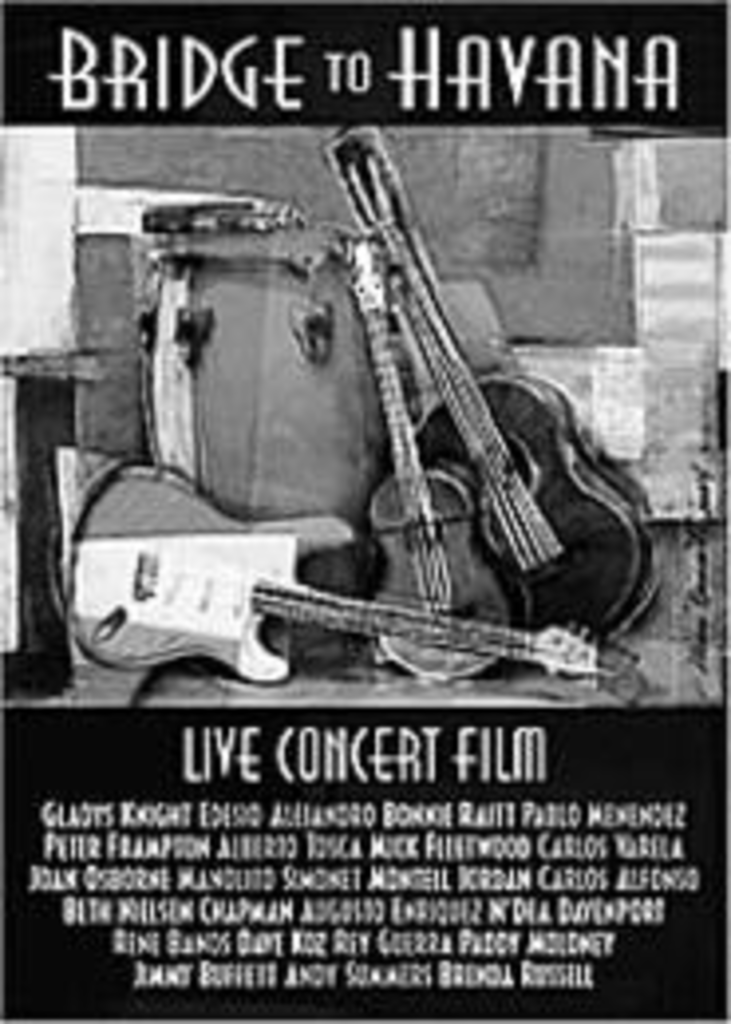 It’s understandable if the sight of Woody Harrelson during the opening credits scares you away from this film, but you can be assured that the guy doesn’t rear his head once after that. Misleadingly marketed as a concert film, the confusing Bridge to Havana is still worth checking out for the uniqueness of its premise. Basically, a bunch of American musicians (among them Joan Osborne, Burt Bacharach, Michael Franti, Gladys Knight, Bonnie Raitt and Peter Buck) fly to Cuba to meet with a contingent of Cuban musicians in a kind of music camp in which two musicians from each country are paired randomly into groups. Each group writes a song, records it on the premises, then performs it at a ceremonial concert to close the event. The filmmakers sometimes lean too heavily on condescending romanticism but the music remains in focus. Subtitles would have been helpful, and the DVD suffers from a lack of footage detailing the collaborative process. In fact, too many of the participants (such as Stewart Copeland and Buck) don’t appear at all. But the strength and novelty of the idea — not to mention the creative results from some seriously strange pairings — carry the film. Most of the music sounds seamless and natural despite having incubated for only a week. Bridge to Havana may belabor its point, but it also proves the old cliché that music is a universal language.