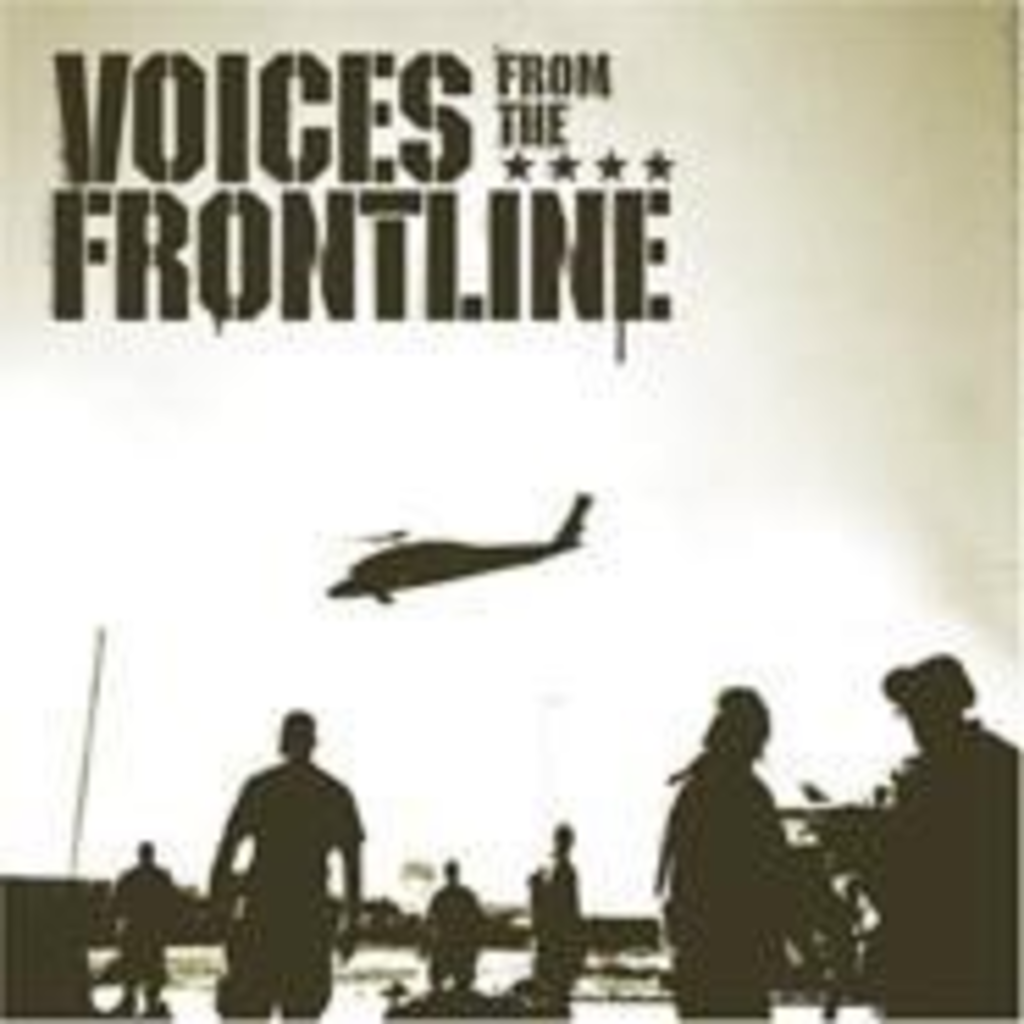 Any sins that I committed, I have to answer to God, raps Anthony Alvin Hodge, the 22-year-old Marine corporal who rhymes as Amp. Out of context, Hodge’s sentiment is a near cliche of tough-guy military-speak, but after 19 tracks of Voices From the Frontline, a compilation of hip-hop and R&B by American soldiers serving in Iraq, Hodge’s scratchy field recording can give you the chills.

We’re all but numb to the Hollywood wedding of war and pop music — put on “Paint It Black” or “Flight of the Valkyries” and try not to picture flocks of olive-green helicopters — so Voices‘ greatest accomplishment is its ability to distinguish itself from another hackneyed Jarhead soundtrack as a real statement about life in the shit. It’s different from the canon of war music for an important reason: Technology has enabled this collection to be written and released by personnel who are actually on the front lines. Recorded on jerry-rigged Xboxes and handheld devices, this is a real-time war album.

The perspectives here are just as distinctive. The beats backing tunes such as “Girl at War” and “Ain’t the Same” might not be breaking musical ground — both have a heavily produced club aesthetic that could’ve been plucked from 2002 — but the subjects of the rhymes (dealing with sexism as a female in the service and the psychological empowerment of enlistment, respectively) can be legitimately addressed only by these artists. This idea is underscored when a skilled MC such as Prophet (Sgt. Chris Tomlinson, 300th Military Police Co.) takes on improvised explosive devices, Kuwaiti pop culture or fallen comrades. When production gets innovative — as on the lofting beat and vocal hook that drive “Condolence” — Voices stands as a fascinating historical document and a vivid musical one, too.