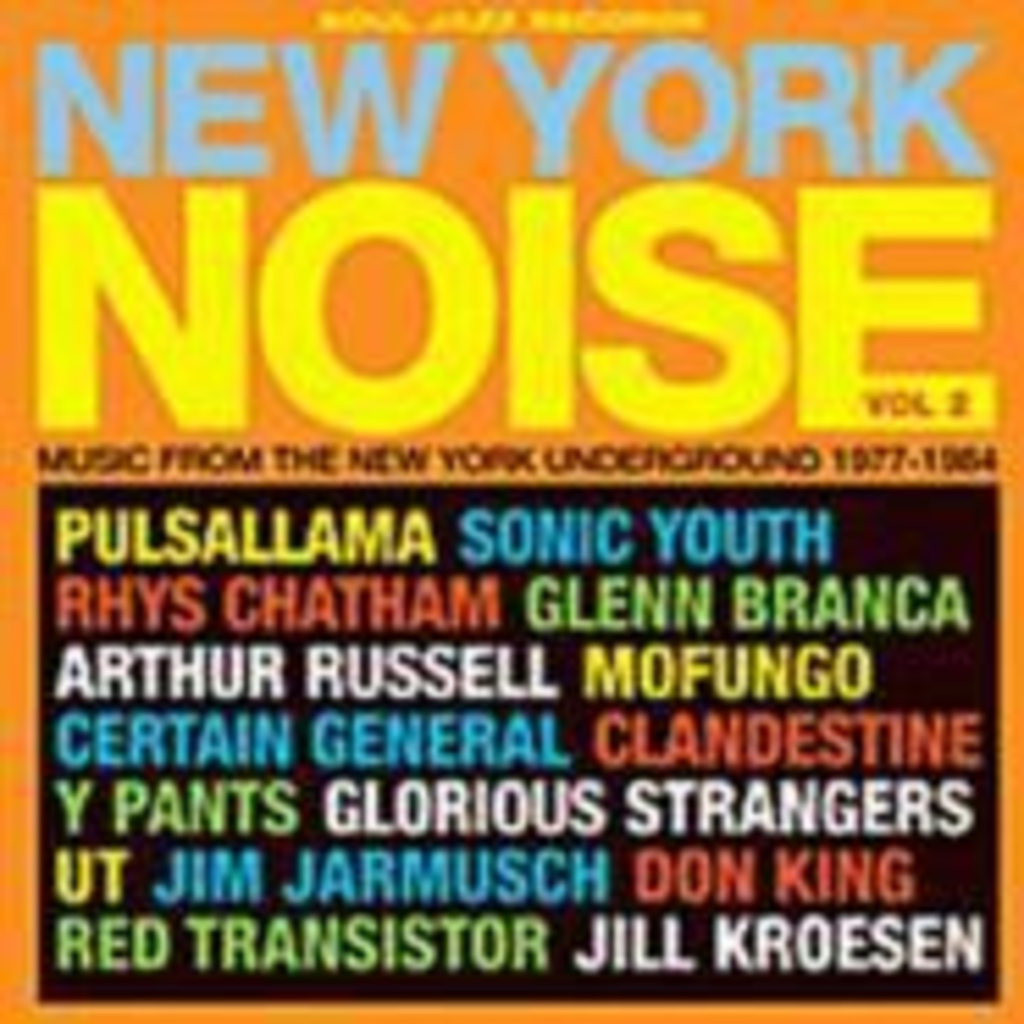 It’s no insignificant feat to take on the old no wave-downtown noise scene and emerge with something fascinating and fun for fans of mere music. This anthology is oddly accessible, though, dominated by big, complex rhythms — Certain General’s crystalline dub; Vortex Ost’s arid “Black Box Disco”; the trebly, geometric groove of the Del Byzantines (featuring future film director Jim Jarmusch) — that most of these bands probably would have been loath to admit owed something to the Talking Heads. Scarier sounds abound as well: Red Transistor’s staccato scrape of white noise is strangely rocking, Rhys Chatham’s guitar trill sounds like a lost technique unto itself, and the melodic shards of Sonic Youth’s “I Dreamed I Dreamed” could sound conventional only in retrospect. There are some duds, including Glorious Strangers’ deconstructed funk, whose blasé mockery of James Brown probably got old just as fast in 1980, but as a whole, New York Noise 2 is safe and fertile ground for artistes and pleasure seekers alike.