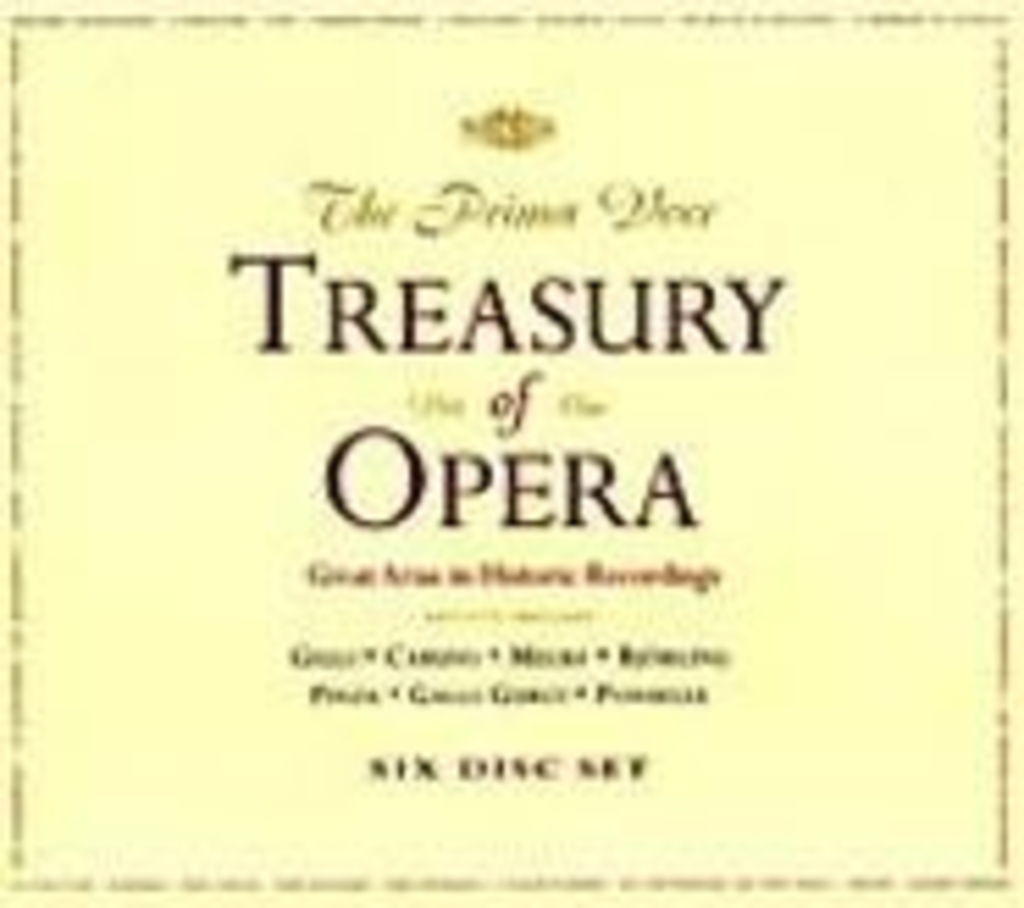 Nothing betokens effete intellectualism quite as readily as the image of Charles Emerson Winchester III sitting alone in his tent, listening to Caruso arias in the midst of the Korean War. The producers of M*A*S*H knew a great visual (and audio) cue when they saw one, and this image seemed to sum up the fusty snobbishness of Charles’ personality.

Opera doesn’t have to be for snobs, however, and this delightfully thorough collection from Nimbus Records quickly proves that point. Composed of six wondrously jam-packed discs, this anthology highlights the greatest opera arias ever, ranging from “Adriana Lecouvreur” to “Manon.” Nimbus plans to release a second volume, covering “Manon Lescaut” to “Die Zauberflöte,” later this year.

Not merely comprehensive in its range, The Prima Voce Treasury of Opera covers most of the eminent opera vocalists from the first half of the 20th century. These names are all legendary, and Nimbus has managed to gather their greatest performances into one truly stunning omnibus. Of course Caruso is present, as well as such luminaries as Ezio Pinza, Tito Schipa, and Benjamino Gigli. The exquisitely beautiful voice of Rosa Ponselle seems to be the feminine match to Caruso’s heady tenor, but Claudia Muzio and Luisa Tetrazzini provide equally delightful listening.

The great arias present in the collection are too copious to name, as are the wonderful performers. The technicians at Nimbus have lovingly recreated the sound of these recordings from the most pristine 78 rpm pressings they could find, and their care is rewarded by the delightful sound quality. Of course, since many of them hail from as far back as 1911, some of the recordings sound dated, but that is part of their charm. If searching for a quick explication of opera’s continuing popularity, as well as a lesson in the history of recorded music, this collection is a wonderful place to start.