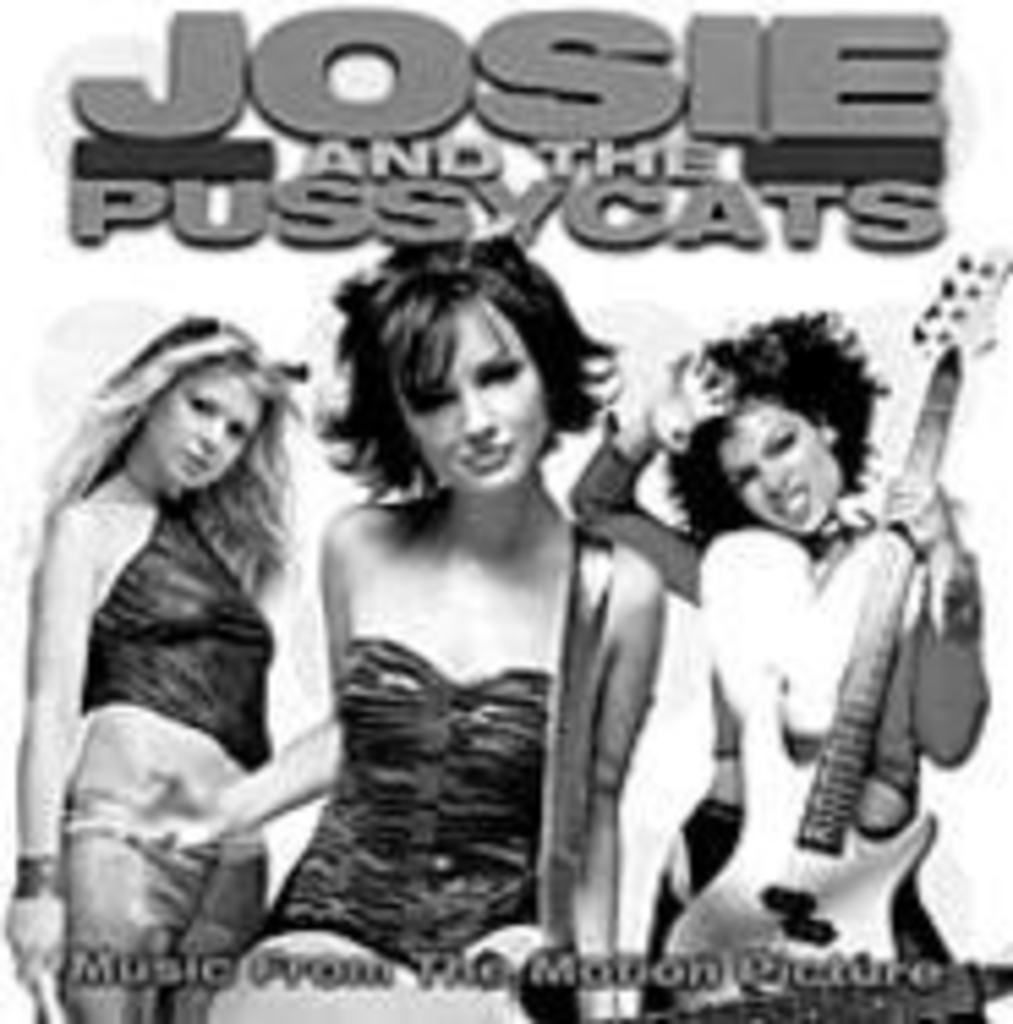 Josie and the Pussycats flopped at the box office because it was too smart for its own good. Its cleverest bits (product-placement-related sight gags; Eugene Levy playing himself in a hilarious cameo) flew over the heads of the preteens to whom it was marketed, and the movie’s ad campaign, which played up the fluffier side of the plot while ignoring its sharper satirical angle, did nothing to lure the adults who might have enjoyed them. Similarly, the inability of Josie‘s catchy soundtrack to produce a hit radio single seems to supply evidence for the film’s conspiracy theory: Brainwashed teens are clueless about identifying quality because they’re conditioned to seek the subliminally stamped approval of a behind-the-scenes crew of tastemakers. Perhaps the film, bolstered by word of mouth, will become a rental favorite, thus renewing interest in the pristine pop songs Josie “performs” in front of screaming fans (who were actually applauding a Canadian boy band).

An oddly matched assembly line of songwriters — Babyface, Jane Wiedlin, Adam Schlesinger, Jason Falkner and Adam Duritz among them — produced exactly the type of tunes that should, as depicted on the big screen, propel a group to stardom. Josie and the Pussycats (i.e. Letters to Cleo’s Kay Hanley and a cast of unidentified studio musicians) fill their instantly likable songs with chugging, muted guitar riffs, dramatic stops and starts, and choruses that substitute infectious “la la” and “na na” streams for pesky words. All of the tunes are simple, all the hooks are immediate — this ain’t Sleater-Kinney. Still, only a few of the tunes (such as the Hanley-penned “Shapeshifter,” which she ends with an icy Clueless-style “what-ever“) pander to the fictional group’s target audience. Several more, like the film, aim over its head. The sassy “Come On,” in which Hanley coos about wanting her boy-toys to be replaceable/disposable/completely action poseable, could merit the film’s PG-13 rating by its inclusion alone, and “Backdoor Lover,” by the movie’s priceless boy-band parody DuJour, revels in its scarcely concealed naughtiness.

Schlesinger, the man behind Fountains of Wayne’s amusing lyrics and brilliant melodies, oversees all of the album’s makeovers: its snarling take on Iggy Pop’s “Real Wild Child,” its drum-heavy cover of the Berry Gordy chestnut “Money (That’s What I Want)” (which Hanley prefaces with a deadpan, “This is for all you shoppers out there”), and its adrenalized version of the theme song that accompanied Josie and company’s cartoon-show counterparts. Even when redoing old material, Team Josie offers more originality than most of the groups behind today’s radio fodder. The nagging realization that an intelligent pop group couldn’t really achieve superstardom given the current musical climate makes viewing Josie and the Pussycats (and listening to its soundtrack) a bittersweet experience, but it could also be considered an optimistic look at a future in which talented garage-spawned bands finally wrestle control away from radio’s manufactured marvels.