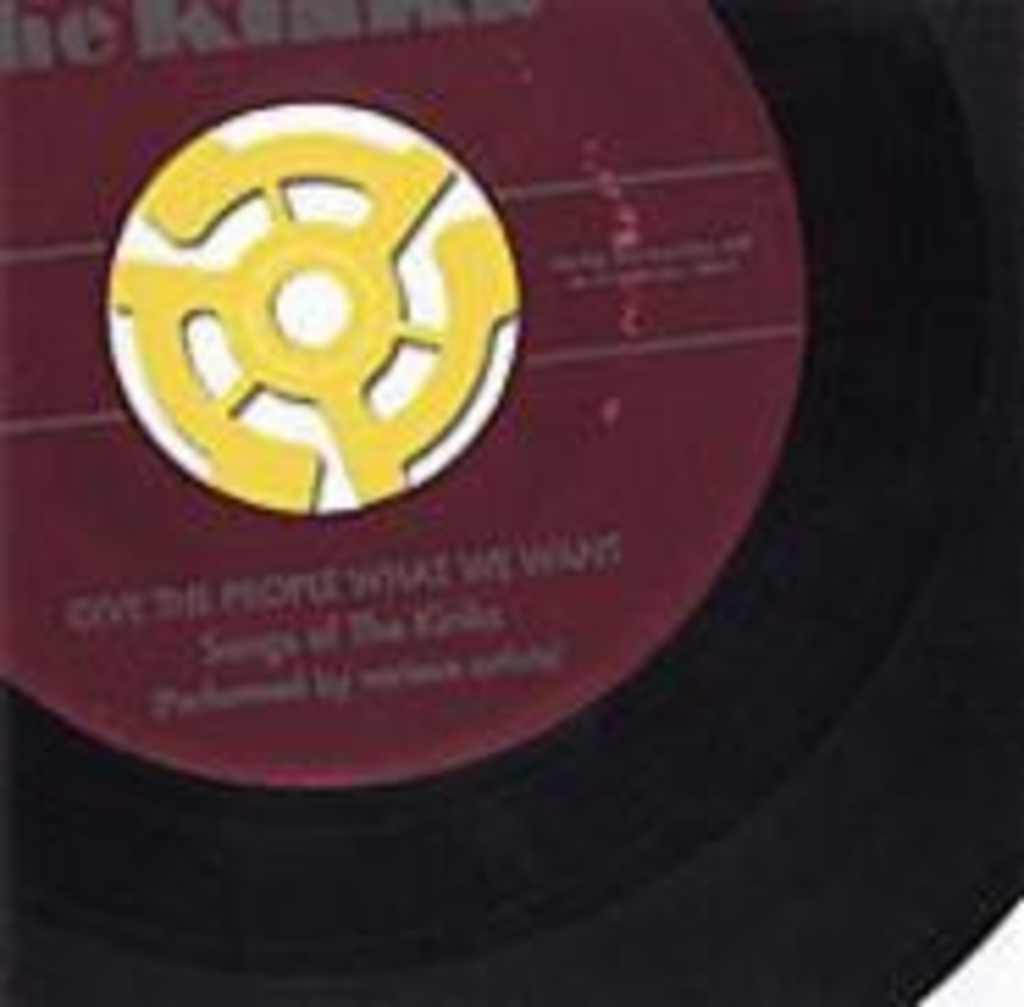 Name something that’s better than the Klassic Kinks. Miniskirts? Not short enough. Cherry-chocolate layer cake? Not sweet enough. Two hundred pages by J.D. Salinger? Ray Davies could paint existential dysfunction as richly in three minutes. In the mid and late ’60s, Dave Davies’ riffs sprouted switchblades in brother Ray’s sad, literate pop gardens for tunes as tough, soulful, compact and brilliant as anything from the British invasion or subsequent rock incursions and coups. Sporting the good taste to leave off “Lola” and “You Really Got Me,” the band’s overplayed, unimprovable touchstones, Give the People What We Want captures the gutsy spirit of the band’s early days and smears it across the Kink Katalog, putting these masterful compositions in the hands of a pack of Pacific Northwest acts as diverse as the people at an AA meeting.

Transcendent garage punks The Makers show their hidden-ace softer side with a charismatic hamming-up of Dave Davies’ ballad “Strangers.” Baby Gramps takes the Tin Pan Alley-influenced “Sunny Afternoon” and throws in the actual tin pan, along with a bottle of whiskey and some hobo pickin’ and croakin’. Former Screaming Tree Mark Lanegan moves the Brit blues of “Nothin’ in the World Can Stop Me Worryin’ ‘Bout That Girl” back to the Delta, giving the dusky-voiced melodramatist something simple and poignant to sing about.

Yes, even the oft-ponderous keep their heads on straight, a rarity given that tribute albums tend to get anchored in the deep end of indulgence. If anything, this bunch of unassuming gems is a touch too populist. (That touch, specifically, is The Briefs’ kindergarten-punk take on the gorgeous nostalgia of 1982’s “Come Dancing.”) What’s most remarkable, though, is how neatly the album’s nineteen tracks stick together. Nikol Kollars is as dark a chanteuse as Young Fresh Fellows is a tribe of sun-stroked Cro-Magnons, but her trip-hoppy “I Go to Sleep” and the Fellows’ woolly, wily “Gotta Get the First Plane Home” share a personality. It’s the songs themselves. No mystery: It’s The Kinks.