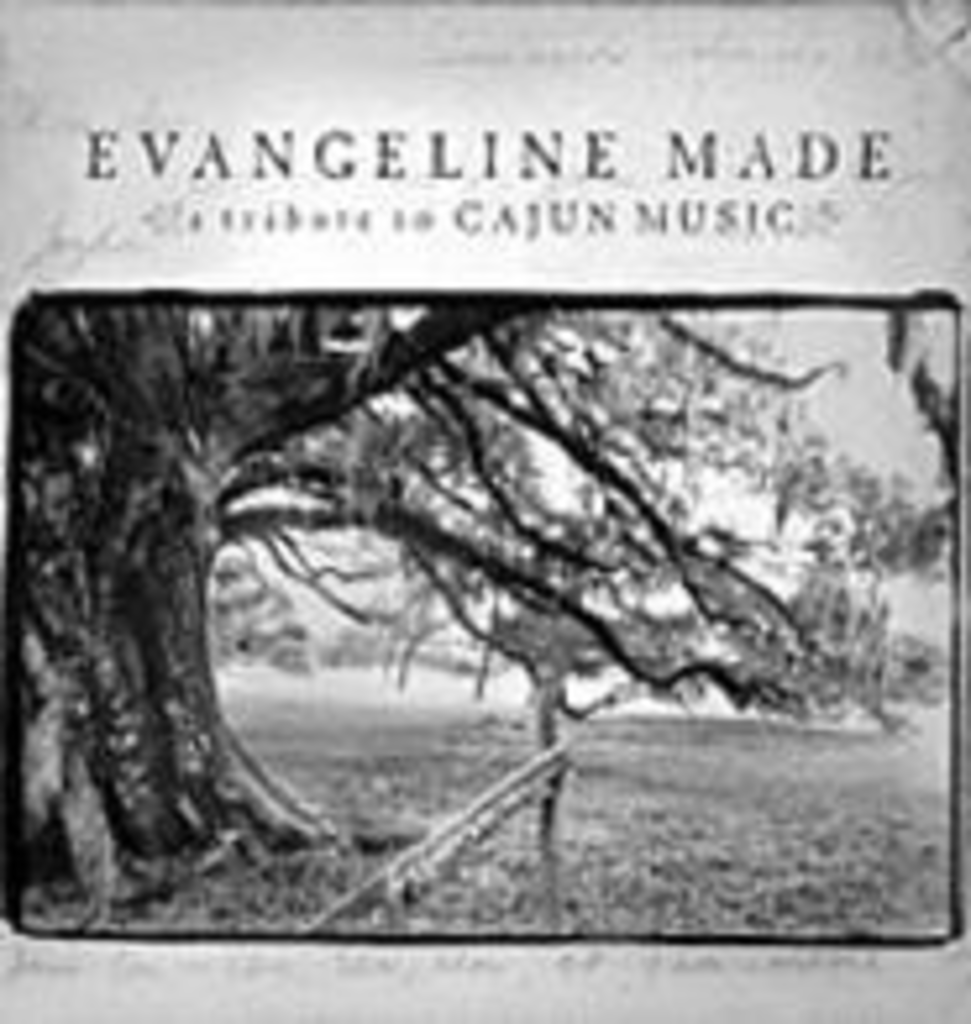 There’s something important to know about Cajun culture — men who grew up with Cajun music truly know how to dance. That’s worth reiterating. They aren’t simply willing to graciously swish their partner around on special occasions, for just this one song; they aren’t just game for some pathetic flailing when full of some soul-altering substance. It’s always seemed apparent that these Cajun men, like cowboys, know something about women that normal city boys don’t, and Evangeline Music might sneak out the secret. Cajun music is so immediately, impossibly danceable, Cajun boys who hear it must understand the physical possibilities in their bones. As a cowboy might say, “If you got a horse, you oughta ride it.”

Producer Ann Savoy is a writer, folklorist, a preserver of Cajun culture and a musician who’s played with Michael Doucet in the Savoy Doucet Band and with her own band, the Magnolia Sisters. With this album, she’s the T-Bone Burnett of Cajun music, helping artists such as Linda Ronstadt, David Johansen, Maria McKee, and Richard and Linda Thompson (on separate songs) sing authentic songs authentically. These tunes, sung in French, are about falling in love too young, drinking too much and having trouble with livestock (because of drinking too much). Because they’re in French, and because they’re sexy as hell, the songs have an air of sultry mystery that’s part of the best Cajun music. When Richard Thompson bellows I’m condemned to the flames of hell, or when Ronstadt and Savoy herself duet on “Song of a Fifteen-Year-Old Girl, which begins Since I was fourteen years old you made me love, there’s a shivering quality in the music. Rodney Crowell, a Houston kid who grew up with Cajun music, makes the natural connection between country and Cajun with “Blues de Bosco.” So does Nick Lowe, with an amazing Cajun French reconstruction of George Jones’ “Don’t Stop the Music.” Even if fiddles and accordions in tandem have until now scared you away, this is a great place to learn. Gentlemen, it’s not too late — sign up for some lessons.