Valley Girl’s Heidi Holicker on the 1983 film; her role in remake 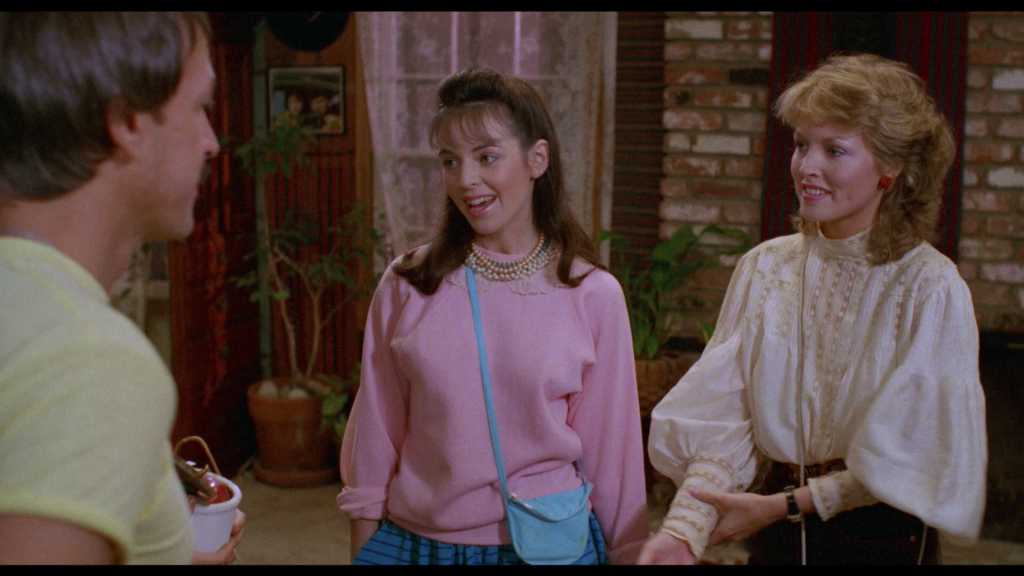 If we’re going to be 100% honest, the upcoming release of the much-delayed Valley Girl remake this Friday looks like a feature-length musical episode of Riverdale. You have a ’90s teen icon—in this case, Alicia Silverstone—playing a parent, there are repurposed ’80s songs, and well, Riverdale‘s own Josie McCoy, Ashleigh Murray, has a prominent role.

One might say that remaking a beloved film as a musical is a terrible idea, but since nobody’s seen it yet and it stars Jessica Rothe—who is delightful in both of the Happy Death Day movies—we’re willing to give it the benefit of the doubt. It’s also helped by the fact that many of the original film’s stars made guest appearances, including one Heidi Holicker. Holicker appeared in the original Valley Girl as Stacey, one of the best friends of the titular girl from the Valley, Julie Richman (Deborah Foreman), and I spoke with her last year about the original film, as well as her cameo in the remake.

How did you come to be in Valley Girl?

It was one of those serendipitous moments. There was another actress cast in the role and I went to read in just a typical casting appointment my agent set up, to read for a smaller role in the film. It was the role of the character Samantha. Samantha is a character who is in the club with Randy—Nicolas Cage—and goes into the bathroom and makes out with him. That’s the role I auditioned for, and it was great. I got it and I was thrilled: “I have a role in a film! Yay! Fantastic!”

Then the actress that was cast as Stacey—her agent didn’t close the deal and, I believe, wanted more money. We were all paid scale, which is the minimum, and the lowest SAG deal contracts that you could have. She knew that the agent was trying to negotiate and meanwhile, they’ve met me and they said, “Hey, we want you to come back in and read for the lead.”

I was working waitress shifts day and night in the Valley. I was working in at one restaurant in the Valley and in one restaurant actually in West Hollywood, so I quit split shifts. They said they would send the script to my house. At that time they never sent a script—certainly to your house. They would send sides to you, the one or two pages of dialogue. I got home at maybe 1 or 2 am from my late-night waitress gig and there was a script and I read it and I went in the next day to audition for the lead role of Julie, because they’ve mentioned, “We want you to read for the lead.”

We walked in the room maybe 10 am, and I’m all pumped up for reading for Julie and they said, “No, no, no, no: it’s Stacy! You’re reading for Stacy,” and Julie and Stacy are very different—best friends, but they’re very, very different. So, all I could do was revert to being myself. I hadn’t done that “actor prep” or any of that for the Stacy character. I was just myself and then, two hours later, I got the role.

You appeared in a few films after this, but it seems that since then, you’ve gone into more of the production side of filmmaking. How did that career path come about?

I did five features, 30 commercials, and a couple of soaps and music videos. I was in one of John Mellencamp’s videos. My favorite was Twisted Sister’s “Leader of the Pack” video. and I’m still very close with the guys. They’re amazing, lovely human beings.

Then, I just needed a change. I was still waiting tables through my acting career. I’d do a movie or film something for television, and commercial this or that, but I kept my waitress jobs. Sometimes, again, simultaneously—two restaurants, same day. I really was done with being a waitress and I took a job at a commercial production company that literally produced commercials, and thought, “I will do this for a bit and I’ll see, and then I’ll go back to acting,” and I’ve been in the production world ever since. That’s about ’90, ’91 or so and I’ve been producing as I worked in every aspect—well, not every aspect, but a lot of areas of the industry—from post-production to print production.

I co-managed Rick Baker’s studio. He has seven Academy Awards for makeup effects—he’s brilliant. I did that for nine years. I worked at Daily Variety early on. I worked at Disney in marketing and I work with Magnolia Pictures in the home entertainment distribution. I’ve done so many different efforts in so many different aspects and learned so much. I had the opportunity to produce a project for Academy Award winner Don Hahn. He’s the producer of The Lion King and Beauty and the Beast and Maleficent and Frankenweenie and the list goes on and on. He’s a fantastic human being.

That was about seven or so years ago. It really, really lit the fire in my belly and so, over the last five years, I’ve been developing projects to produce, as a film and television producer. I have five projects in development right now, so it’s really an exciting time. It’s exactly what I was meant to do. I have the acumen and the passion and the dedication and the patience for it, so that’s where all those different waves have taken me.

I know that you made a cameo in the Valley Girl remake, right?

We did it about two years ago. I did a cameo. EG Daily did a cameo, Deborah Foreman did a cameo. None of us are in the same scene, but it was really fun, I adore the producers, Stephen J. Wolfe, and Matt Smith. The MGM folks were amazing. They have the rights to the remake and I’ve been talking to them for maybe eight or nine years about if they ever did one, to put me in it. It finally did happen and we had so much fun!

I have just a tiny little silly cameo where I play a teacher. It’s in the ’80s and I just kind of had these little sarcastic quip silly lines, but it was so fun. It was surreal, because you have now a new cast playing our characters, and you’re there on set, sort of looking around, and then, all of a sudden, the extras would realize who I was—because they were into being there—and they’d say, “Wait—you were in the movie!” It was just really fun. It was super fun and I hope the film does really well.

Did you get to have any interactions with Jessie Ennis, who took over the role of Stacey?

I got to meet her when I went for a wardrobe fitting. Prior to that, I called her manager to say, “Hey, tell her congratulations, and be good to Stacey.” So, I saw her but I had no scenes with the girls, but Jessica Rothe is the lead. She plays Julie and I think she’s so underrated. She is such an extraordinary actress. She should be getting everything, because she’s really, really extraordinarily special.